Esports players facing questions of whether to unionize

No legally recognized player unions operate in the esports industry, leaving players and their representatives to negotiate contracts without the protections or restrictions brought on by collective bargaining. But as the industry grows, questions arise about when and how players should organize.

These conversations led Harris Peskin, associate attorney at ESG Law from New York and executive director of the Esports Bar Association, to lay out the esports ecosystem and how the history of antitrust restrictions might interact with it. But he ultimately declined to say whether players should or shouldn’t unionize. Instead, Peskin states that his goal is simply to raise awareness.

“At some point in the not-too-distant future, the status quo will cease to be a viable option,” Peskin wrote. “At that inflection point, players will be faced with a choice. They should fully understand the consequences and economic realities associated with that choice.”

The status quo Peskin refers to is the state of economics in esports. His article sources a Newzoo analyst, Jurre Pannekeet, who is familiar with the revenues for 14 esports teams and who says the majority are operating at a loss.

This is largely due to the fact the game developers who own the esport titles themselves control the flow of media right deals, league-wide sponsorships and ticketing revenue. With few remaining methods to capture revenue, teams find the growing player salaries often weigh heavily on team finances.

“It’s one of these unspoken things that most people in the industry know about, but no one really talks about,” Peskin said in an interview with Global Sport Matters. “It’s a tremendous problem for a lot of these teams as we look to a future where they’re going to have to survive, and it requires them to essentially aggressively raise capital so they can pay these bills.”

These financial problems also underlie every conversation about unionization in esports, Peskin says. While many player advocates claim players are being mistreated by some organizations, he said this rarely factors into a team’s position. In fact, in Peskin’s experience, he has never seen a player advocate inquire about a team’s finances.

“Without an adequate understanding of where the money is in esports, not understanding how teams make money, you’re kind of shooting in the dark a little bit,” Peskin said. “You’re assuming that the teams are withholding all this money from the players without really understanding the reality that perhaps they’re not as well off as you think they are.” 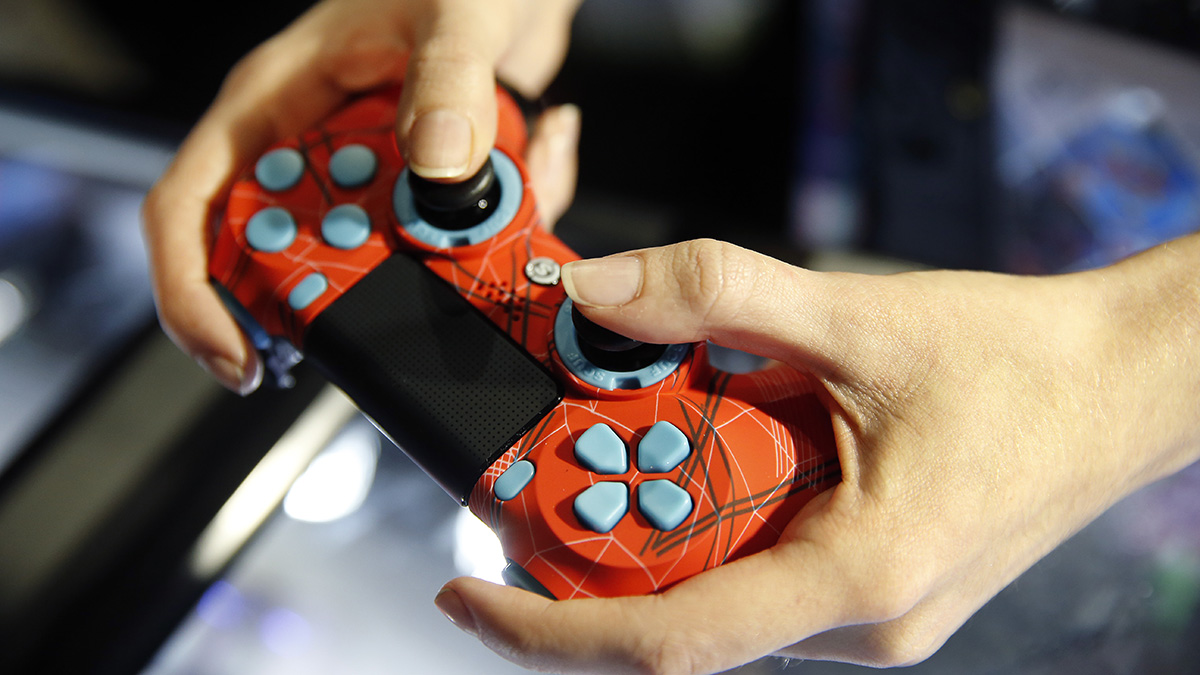 The potential consequences of forming a union in this precarious financial situation could open up players to the institution of salary caps, which could limit their earning potential. While Peskin said that situation may also come with the ability to negotiate for minimum salaries and standardized working conditions, players have to decide whether the trade-off is worth it.

“It’s a matter of player education, and my hope is that players will look out into the abyss and say, ‘OK, we see where this is going,’” Peskin said. “Teams don’t have the money to continue to pay us these large salaries. That’s going to result in either consolidation or a reduction of salaries.”

However, Peskin added that players and teams could also find themselves on the same side of the bargaining table if esports leagues start to make money. Since both live under the absolute rule of law imposed by game developers, both groups might be incentivized to negotiate for changes under the right circumstances.

As for why players are largely uneducated about the economics of esports, Peskin said most of them have never encountered significant financial problems during their careers. As a result, most players simply want to show up, play and collect their paychecks.

The only true esports players association

While there are no official unions, there is one example of players self-organizing to negotiate for better working conditions: the Counter-Strike Professional Players Association. It is a democratically run entity made up of more than 180 Counter-Strike players from across the world, according to the organization’s advisor, Scott “SirScoots” Smith.

Smith helped players form the CSPPA to protect themselves from groups of team owners’ attempts to control which leagues the players can and can’t participate in. The most notable example of this occurred in 2016 when the Professional Esports Association (PEA), a group of North American team owners, tried to force players into participating in their own league while withdrawing from the ESL Pro League (EPL).

Professional Counter-Strike is a decentralized esport for which tournament organizers hold independent tournaments and leagues for teams to participate in. Some are open to all, while others require qualification, but the EPL is one of the most prestigious. So when the PEA-owned teams tried to force their players to abandon the EPL in favor of their league, Smith said, he was approach by player Jordan “n0thing” Gilbert.

Gilbert informed Smith of the situation and asked if he could help the players organize. Smith started meeting with the majority of players on PEA teams, looking at their contracts and what teams were telling players at the time. Eventually, the players collectively asked Smith to represent them in discussions with PEA’s commissioner at the time, Jason Katz.

When discussions came to a halt, Smith published an open letter signed by himself and 25 PEA team players detailing the situation. This forced teams to let players vote on whether they would play in the EPL or PEA league, and players unanimously voted for the former.

Soon after that, European players approached Smith and said the World Esports Association (WESA) attempted to force players into a similar situation. Then, in an effort to protect all Counter-Strike players, Smith brought both groups together to form the CSPPA.

While the global organization does not have the same legal protections of an official union, Smith said, players want to create standardized conditions in professional Counter-Strike with their collective voice.

Why This Matters: While unions are commonplace in traditional sports, players in the esports industry have yet to decide whether the pros and cons make organizing worth it.

Smith added that these organizations often form after unfair situations force players to become activists. In his experience, players are rarely motivated to organize for purely financial reasons. Instead, Counter-Strike players care more about making sure tournament organizers stick to a certain level of quality when it comes to computer equipment, or ensure that teams can adequately hear each other over the cheers of a thunderous crowd. These issues affect a player’s ability to perform, and Smith said that is paramount for players.

“To them, they don’t care about a salary cap or anything else if the playing field is broken everywhere they go, right?” Smith said. “And those things are often easier to fix.” 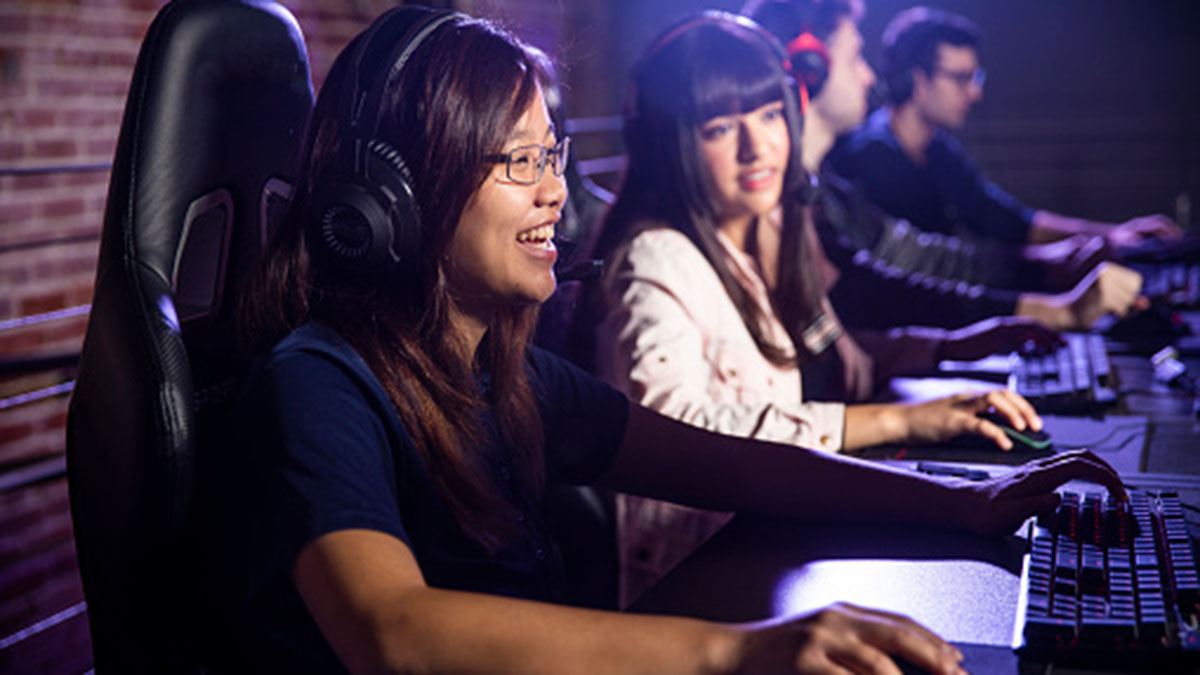 These different priorities are why players aren’t as concerned with the financial situations of their teams, according to Smith. He did say that the industry’s economics are important, however, and said the CSPPA is working on bargaining agreements with multiple tournament organizers.

Smith even said he believes players wouldn’t be opposed to lower salaries if teams were willing to give some media rights back to their players. As it stands, he said, most players can’t even get agents to represent them because they have nothing they can sell. But if players could make up the difference in a reduced salary by acquiring a sponsorship, it would save teams money while ensuring players made the same amount of money.

Smith expressed skepticism that teams would disclose the details of their financial situations to players, even if asked. Despite this, he said he supports increased transparency from teams.

“If they did sit them down once a year and went, ‘Let me just walk you through Team Liquid last year,’ so you all truly see. And if they were purely honest and didn’t bullshit the numbers, and if they are losing money, show the players that,” Smith said. “That would not hurt. That would make them sympathetic. Certainly.”

So, while the CSPPA is not quite the same as the unions Peskin discussed, Smith said, it is an important example of how the decision to organize has benefited esports players.

Between the player association’s history and Peskin’s call for more economic education, players and their advocates have much to consider during future discussions about whether or not they should unionize.

Esports players need to balance nutrition, exercise like all athletes

Fortnite, NBA2K and Overwatch set stage in 2019 for esports