Rowing is unfamiliar to most American kids – especially non-White children in low-income communities. But the sport can be quite empowering. These organizations believe in rowing – and are fighting to make it more accessible to youth across the United States.

Arshay Cooper, who grew up on the West side of Chicago, never thought he’d become a rower. But when someone came to his high school to start a rowing team, he agreed to try it, and he became part of the first all-African-American school rowing team in the nation. The experience changed his life, as he recounts in his memoir and the documentary film "A Most Beautiful Thing."

Cooper has helped start up several rowing programs for low-income youth across the country. Now, he serves as national inclusion director at the George Pocock Rowing Foundation, which is working to expand the reach of rowing and show kids like him that rowing can be for them.

Typical American kids may have no idea that the sport of rowing exists. And even if they’ve seen rowers in action, they may not see the sport as something they can do – or would ever want to do.

Part of the reason rowing may feel exclusionary is that it is overwhelmingly White. In the NCAA, where women’s rowing is a sponsored sport, rowers were 73 percent White, 5 percent Hispanic/Latino, 3 percent Asian, and 2 percent Black in 2020. Among rowers at all levels in 2020, according to USRowing, the sport’s national governing body, just 13.75 percent were people of color.

Rowing is also expensive, which reaffirms the perception that it is White, wealthy, and exclusive. But the Pocock Foundation and other rowing organizations around the country are working to change that by making rowing accessible to kids who wouldn’t normally be exposed to it.

These programs aim to deliver more than fun and exercise and to teach more than rowing technique. They use rowing for youth development: teaching kids life skills that will be valuable well beyond a boat.

Some rowing organizations have built programs specifically for underserved communities. One of them is Community Rowing of San Diego (CRSD), which was created to get socioeconomically disadvantaged youth into rowing. Its boathouse is situated in National City, in San Diego County, where the population is 64% Hispanic/Latino and 19% Asian, including many recent immigrants. They flip typical rowing demographics upside-down.

Related: Sport Gives Girls the Space to Define Themselves

Initially, CRSD realized that the kids they wanted to serve would have a hard time getting to existing rowing venues. “We searched for a potential venue that eliminated logistics and transportation as a barrier,” said Dave Frost, secretary of CRSD. “We realized that if we brought the water to the kids, maybe we would have better success.” One of the high schools is a mile and a half from CRSD’s space, so some kids can even walk to practice.

Many rowing organizations are member-driven and have a community outreach component, but CRSD’s community-centered approach is different — modeled after Community Rowing Inc. of Boston, Frost said.

The rowing community has been generous in donating used equipment, he said. “We could not do what we do, on our scale, were it not for the generosity of colleges and clubs around us,” Frost said.

The sport includes indoor rowing competitions on ergs, and Erg Ed opens up that possibility for kids. “We’re taking the sport to the schools and to prospective athletes in a place that’s familiar to them and their community, and trying to create a picture of rowing that exists beyond the water, something that they see just from afar, if they see it at all,” said Kayla Cloud, Erg Ed and student services program coordinator.

All sports offer youth physical and mental benefits, but rowing is especially well suited to deliver some of them. “Rowing is an incredible vehicle for teaching kids so much more than just rowing,” said Heather Alschuler, a 2008 Olympic rower and former strategic initiatives director for the Pocock Foundation.

Stress management and meditation: “When I played football and the coach said, ‘Knock them dead,’ it triggered trauma. I wanted to fight. Even basketball – it was so physical,” Cooper said. “But the moment I was out there [on the water], and I’m just following the person in front of me, and one voice is saying, ‘Sit tall, breathe, one stroke at a time,’ it just calms those storms that you go through every day.”

When youth are dealing with trauma and other stressors, sports can help them heal, give them an outlet, and help build their confidence. Rowing can also teach them how to manage stress in a regulated environment, with a coach or a teacher whom they trust, Cloud said.

The ultimate team sport: “You can’t get down the racecourse without working together,” Alschuler said. “You will literally go in circles if you don’t figure out how to follow, lead, and move as a single entity within the boat.”

Water safety: USRowing requires a water safety test for competitors. In some communities, many kids don’t know how to swim, so the Pocock Foundation pays for swimming lessons. Basic water safety skills and the ability to be comfortable on the water are important beyond rowing.

Life skills: In Erg Ed, students learn about goal setting and “how it can be fun to work hard and learn a new skill,” Cloud said.

“To succeed, you need to help others be their very best,” Alschuler added. “You have to inspire, adapt, work together, and challenge yourself to improve and be your best each and every stroke.”

CRSD incorporates STEM concepts, including the physics of rowing. “They understand how a boat moves, why it moves, and why some boats are fast,” Frost said.

Physical exercise: The number of kids ages 6 to 12 who played a sport on a regular basis declined from 2012 to 2018, according to the Aspen Institute’s State of Play 2019. Because of this decline, anything that gets youth to be active is helpful for long-term health, Cloud said.

College readiness and opportunities: Rowing can open doors to scholarship opportunities. The Pocock Foundation, which has a partnership with USRowing, also funds academic support, such as SAT prep and tutoring, and gives kids the tools they need so they can be recruited to college.

“These kids show up, but we want to honor their commitment by giving them everything they need to be successful in the sport,” Cooper said.

Frost has seen success stories at CRSD, including kids who gained life skills through the program that helped them succeed in college, even if they didn’t row there.

“Participating in rowing might also be the spark that grows the confidence and empowers kids to step out of their comfort zone and go after their dreams and full potential,” Alschuler added.

The Pocock Foundation has increased the financial aid it offers young athletes who want to row, and it is holding more free “learn to row” events to introduce the sport to people, Cloud said.

The foundation supports some programs that need financial assistance and serve mostly non-White kids, as well as fully resourced programs. It helps the latter build relationships with the community by connecting collegiate rowers who are people of color with middle schoolers, for example.

Some programs already have significant numbers of kids of color. They have the talent needed to excel, Cooper said, but “they just don’t have the tools or the resources that all the boathouses have.” To address that inequity, the foundation partners with nine cities each year and provides new boats and ergs.

Diversifying the sport allows more underrepresented people to see themselves in rowing, and it also strengthens and helps sustain the sport.

“We believe rowing is an amazing sport, and the values it instills should be available and open to everyone, not the fortunate few,” said Amanda Kraus, CEO of USRowing.

To that end, USRowing has established a $100,000 scholarship fund to send young people of color to Olympic development programs and has created a DEI Coach Fellowship Program, among other initiatives.

“We don’t expect to change the face of rowing overnight, but we are holding ourselves accountable to make significant strides,” Kraus said.

The Pocock Foundation established A Most Beautiful Thing Inclusion Fund to support education, scholarship, and mentorship programs that focus on communities where rowing is not common. The foundation created an “I Rise” stipend that hires an alumnus or coach who is a person of color or a strength and conditioning coach from the community to work in an under-resourced community. It also raises the visibility of rowers of color through community exposure events, where Cooper and others share their stories.

The 2028 Olympics will be in Los Angeles, and Cooper said one of his personal goals is to get the rowers on that Olympic team to better reflect the diversity of the U.S. The Pocock Foundation also wants all to feel welcome in the sport.

“We want to create a space of belonging, where everyone can be here,” Cloud said. 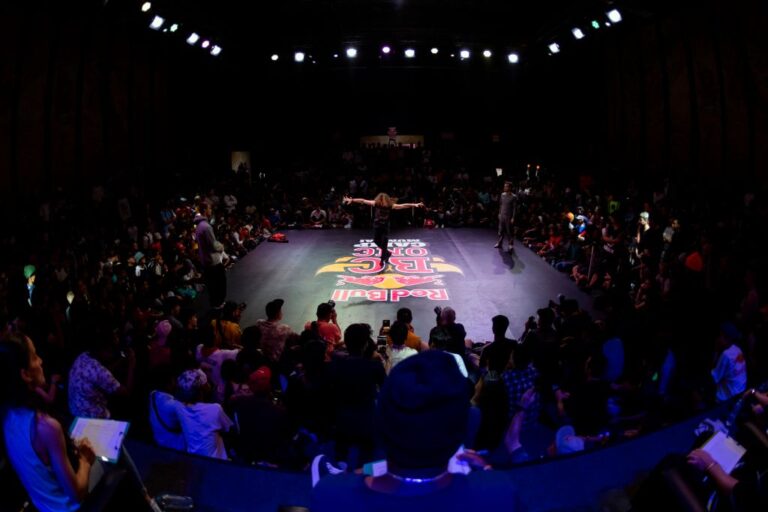 Opinion: Breaking is Headed to the Paris Olympics in 2024. Are Organizers in it for the Right Reasons? 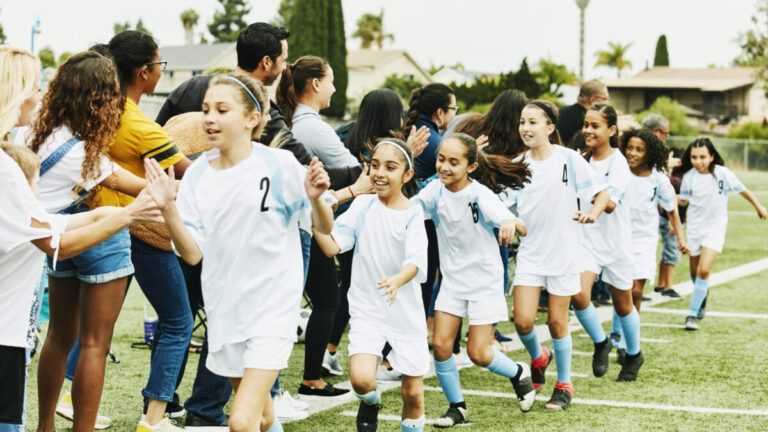 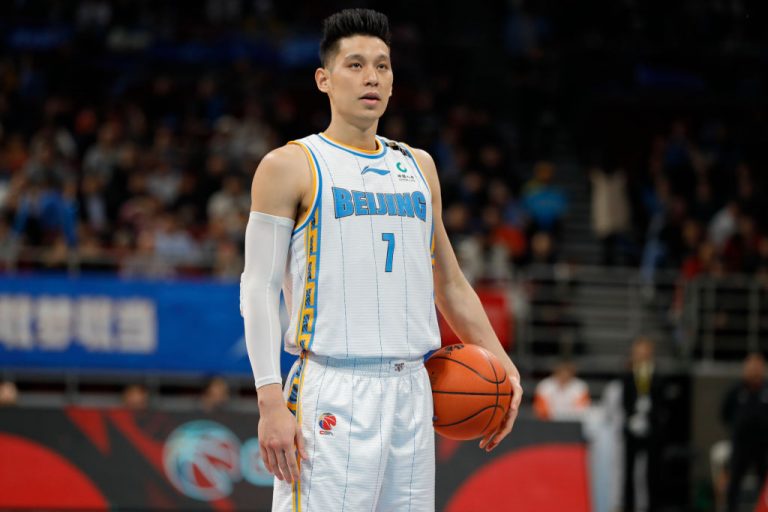 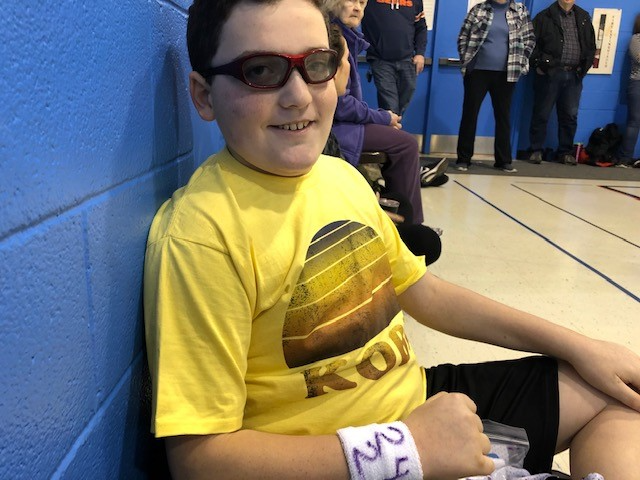