International games provide valuable experience for not only collegiate athletes, but also the countries they compete in.

Arizona State University is located in the Sonoran Desert. It’s the last place you would expect to find a competitive collegiate hockey program. But since it became an NCAA sanctioned program in 2015, ASU hockey has been shattering expectations.

The program collected a series of firsts during the 2018-2019 season. Arizona State made the NCAA playoffs for the first time, qualifying as an independent, and on July 29 the team departed for its first international trip. Team members traveled to Beijing, China, to compete in the inaugural Renaissance Cup (Fu Xing Cup), a round-robin tournament, against four professional teams from the Kontinental Hockey League (KHL) and the Supreme Hockey League (VHL).

✅ Practice in the books
? Game ? pic.twitter.com/e9wmyfXgf4

According to ASU athletics, it is the first NCAA hockey team to play in Beijing. Hockey is still a growing sport in China.

Currently, Kunlun Red Star is the only professional hockey team in China. The team plays in the KHL against clubs that range across Russia to Belarus and Latvia. Red Star are one of the five teams participating in the Fu Xing Cup. Arizona State and Kunlun played Aug. 2, and the Sun Devils won 5-3.

Playing international games is not something new in American sports. The New York Yankees and Boston Red Sox played an MLB series in London this summer. Multiple NBA teams have played regular-season games in Mexico and China. Collegiate teams from around the country have played nonconference games in China. NCAA soccer, football and basketball teams have competed in China.

The Pac-12 has been leading the way scheduling games in China. Pac-12 commissioner Larry Scott has made it a priority to showcase the conference overseas, with a particular emphasis in Asia, through the Pac-12 Global initiative.

Representing @adidashockey & @ASU in style on the international stage. pic.twitter.com/qpdkWem8Ic

According to the Pac-12 website, “Pac-12 Global is an unprecedented effort to promote goodwill and showcase the Pac-12 and its member institutions around the world through student-athlete exchanges and sport. The initiative uses the shared passion of athletics to support the ambitious international strategies that many of our universities have embarked on to extend their reach to China and beyond.”

This year, the Arizona State men’s basketball team will travel to China to play Colorado in a regular-season game.

“We are thrilled for the tremendous opportunity to showcase all the energy, investments and innovative ideas our campus has been working on and for a great educational experience for our student-athletes in China,” said Ray Anderson, ASU vice president for university athletics, in a university press release.

Benefits beyond the ice

An international competition like this affects not only the athletes and athletic department, but also the university. ASU academic programs have many partnerships with China, but a trip like this is also important for recruiting purposes.

“The huge positive that we get is brand awareness,” said Rad Wang, ASU chief international recruitment executive. “And helping people understand what a real American university is. It’s not just about going to an Ivy league, or just going to cities you’ve heard of,” like New York or Boston or Los Angeles. In this case, sports serve as an opportunity to get the university’s brand in front of Chinese students and parents.

Having a competition like this in China provides an opportunity for ASU alumni living in China to cheer on their team, and it allows ASU to show support for the nearly 4,000 Chinese students currently enrolled at the university.

“Sports opens up possibilities and opens up awareness about the school,” Wang said.

Zhong is one of three Chinese natives in NCAA Division I hockey, and he grew up 10 minutes from where the Sun Devils will play their games in China.

“It’s the ultimate piece of irony,” coach Greg Powers told Cronkite News. “He came here, redshirted and the first Chinese-born player in the history of our program is actually going to play his first game in China.”

Not only did Zhong play in ASU’s game against Kunlun Red Star, but he also was recognized as the player of the game.

Zhong and his family were instrumental in helping get ASU hockey to China. They’ve also served as tour guides for the team during the trip.

“They’ve been asking me a lot of questions,” about currency, language, food, Zhong told the Arizona Republic. “A lot of them are used to American Chinese food. I just tell them that’s below us.”

Beyond the high-level competition that the Sun Devils will face on the ice in China, they’ll also spend time sightseeing and experiencing Chinese culture with trips planned to landmarks around Beijing.

“We’re literally not leaving any stone unturned,” Powers told Cronkite News. “We’re going to get them the best experience that we can. The trip breaks up perfectly; we get there, we rest and recover, we focus on hockey for about a week and then those last few days are loaded with cultural experiences. It’ll be the trip of a lifetime for our guys.” 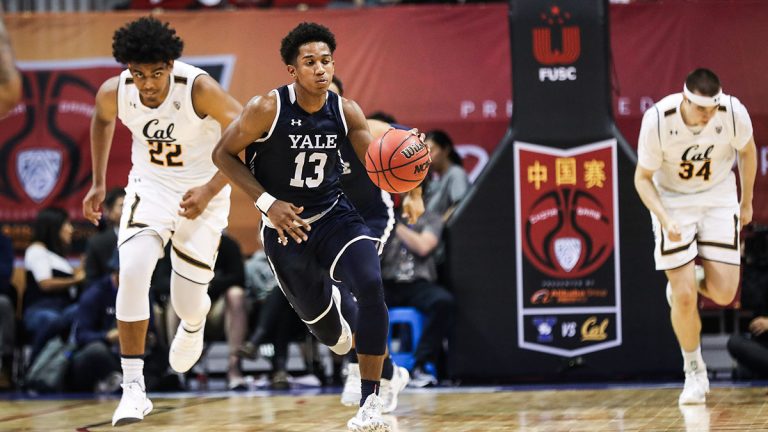 Pac-12 finding ready audience for sport halfway around the world 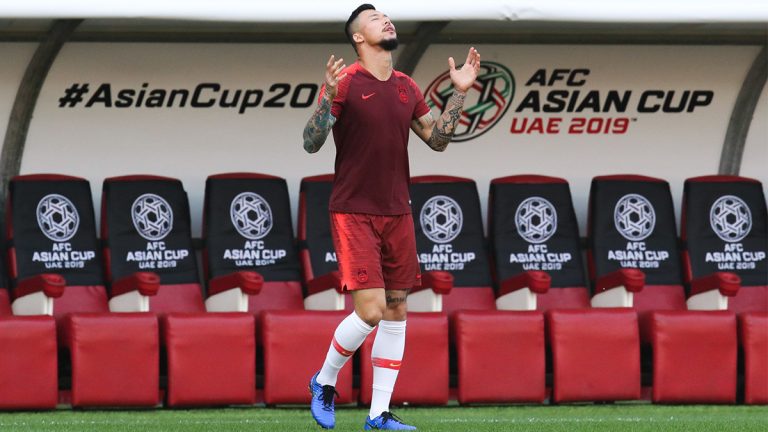