In aspiring toward a more perfect version of the truth, soccer's leaders have forgotten that VAR in soccer is still human and still flawed. Worse yet, it presses pause on the beautiful game, damaging the fan experience in the process.

Monthly Issue The World of Football

Soccer was late to the power of technology. Television viewers had been enjoying slow-motion replays since at least the 1970s, but it wasn’t until the 2010s that soccer’s rulemakers finally conceded that, yes, fine, we’ll let the referees look at the pictures as well. At the 2010 World Cup, England’s Frank Lampard scored a goal against Germany that might have changed the direction of a crucial knock-out game – except he didn’t, because the referee’s assistant didn’t see it cross the line. In the final of that tournament, Netherlands enforcer Nigel de Jong delivered a flying kick of precise and spectacular violence to the breastbone of Spain midfielder Xabi Alonso, but the referee, temporarily unsighted, gave him only a caution.

In both cases, the watching television audience knew within seconds that a major mistake had been made, yet the games trundled on. (Fortunately, in both cases the better team won.) FIFA approved goal-line technology in 2012 and brought it in for the 2016 European Championships: Now, if the ball crosses the goal line, the referee gets a little message on a special wristwatch. And in March 2018, the Video Assistant Referee (VAR) was added to the referee’s toolkit, and soccer changed forever.

Today, VAR puts thrill and accuracy at odds with one another. In the English Premier League, pundits and journalists, players and coaches have all railed against inconsistent decision-making and the delays involved in reaching the decisions, while fans have been loudly derisory within and without the stadiums. A YouGov survey carried out in 2020 found that two-thirds of fans in England believed that VAR had made the game less enjoyable, and just 8% wanted to keep VAR operating as it was. But the most important thing about VAR is that you can’t put the robot back in the bottle. To suddenly take VAR away again would be unthinkable: A controversial error that would once have led to arguments and ill feelings might now bring conspiracy theories and lawsuits. The result is a matchday experience that is both more legitimate and less exciting.

The essential calculation underpinning any technological support for officials is that it is better to interrupt the game in search of an accurate decision than to let the game run on from an error. This seems obviously and intuitively correct, not least because crucial refereeing errors live long in the memory. Peter Shilton, the goalkeeper beaten by Diego Maradona and the “Hand of God” goal in 1986, is still seething to this day. Furious that the referee didn’t see Maradona’s blatant handball; that the referee believed that Shilton, 6 feet tall and allowed to use his hands, had somehow been outjumped by a 5-foot-4 devil with cherub’s curls. When Maradona’s shirt from the game sold for almost $8.6 million at auction in May 2022, Shilton told the press that he wouldn’t use it to “clean the dishes.” Had he known that teammate Steve Hodge had swapped shirts with Maradona, he would have “ripped it into a thousand pieces.”

And yet the impact of VAR on the experience of a game can be dampening – a blanket thrown over a blaze. Inside a stadium, everything stops. A note flashes up on the big screen announcing that a VAR check is in progress, and everybody in the stands tries to look on their phones to see what’s going on. If they can’t get reception or aren’t nearby a media section full of informed journalists, they haven’t the barest clue. Possible offside. Penalty check. And you wait, and you wait, and you wait.

There can be a little theater to it. The referee is called over to a little screen and then returns with a decision. Of all the various flavors of schadenfreude that soccer offers its followers, few are as piquant as watching a wild goal celebration, only for that goal to be overruled.

But it’s the waiting that characterizes VAR as much as anything else. Soccer is at its best when it flows, which is why underdogs will often try to spoil games by adding in little hitches as often as possible: delaying free kicks, taking their time over throw-ins. VAR is now their unwitting accomplice. And because time drains away from soccer matches, a little is lost with every interruption. The game lasts 90 minutes, sure, but that usually means about an hour of actual football. On a good day.

Related: The Electric Future of Auto Racing Will Look, Sound and Feel Different

In any case, sometimes being correct is overrated. A video check of Maradona’s first goal against England would have certainly resulted in the goal being ruled out, the game continuing at 0-0, and perhaps even an England win. England might even have won the tournament. Or perhaps Maradona – one of the game’s greatest-ever players in one of his purplest-ever patches – would have broken England in a series of entirely legal ways. In this universe, four minutes after booping the ball past Shilton with his hand, he shimmied and sliced his way through England’s entire defense to score one of soccer’s most remarkable legal goals.

In the context of the game, in the moment, the “Hand of God” was an outrageous piece of opportunistic cheating and a dreadful piece of refereeing. But in the context of The Game, the broad sweep of soccer’s history, it was a moment of unparalleled dramatic significance. First Maradona beat them with his hand, then with his feet; first the low road, then the high. The double of great “goal,” then great goal, has all of Maradona inside it. It was also, and remains, extremely funny – an underrated and vital thread of sporting narrative. Ultimately, while a referee with a video replay would have made the game fairer, and Shilton happier, they might have also made the world a much less interesting place. Sport without injustice, without deep-running bitterness that simmers the blood over generations? There’s a reason you cook with salt.

And since we’re talking about handball, we need to talk about slow motion. Replays are a gift to the watcher of televised sports, in that they free the couchbound from the tyranny of the moment. You can pop to the fridge, you can head to the bar, you can look at your phone – and if something happens, it will happen again seconds later, then once more from the reverse angle, and then perhaps from above, and so on. And slower, so you can really see what happened.

Except, of course, you can’t. Slow motion doesn’t let you see what really happened; in fact, it takes what happened and, in one way or another, makes it less real. Think about slow motion as you encounter it in a movie or on television. It can suggest a dreamlike reverie or add the suggestion of great power to a movement; it can emphasize or estrange or amuse. But whatever it is doing, it is doing something: It is introducing an affective oddness. This doesn’t really matter, in a sporting context, when the only people watching the slow-motion replays are the TV viewers, nor does it matter in trying to establish a question of simple fact, such as whether a ball has crossed a line.

But soccer, in its infinite wisdom, has questions of intent baked right into the laws. A handball, in most circumstances, must be deliberate to be an offense. So too must violent conduct. When video referees look at their replays, they are trying to see directly into footballers’ souls. And everything looks deliberate in slow motion. Every action acquires great and heavy import, every sprawling arm or trailing leg becomes a kung fu move from The Matrix. At half speed, all defenders look guilty, and all arm positions look unnatural.

So, the decisions take too long, and many of them are inscrutable; taken together, the whole business irritates. There are technical solutions for some of this – semi-automated offside technology has sped things up – but when it comes to the thornier issues of deliberate handball, there’s no shortcut. Somebody’s going to have to look at what happened, probably in slow motion, and make an educated guess at what’s going on.

Related: We Don’t Have to Get Rid of College Football to Make It Brain-Safe(r)

What is truly baffling, apparently by design, is that we don’t get to find out how the VARs reach their decisions. A problem goes in, there is a protracted silence, and then a decision comes out. Sometimes you’ll see the replays being manipulated if you’re watching on TV; if you’re in the stadium, you have to piece it together from WhatsApp and Twitter and your portable radio and the angry man behind you. After matches, referees tend not to be part of the media who analyze play, meaning the most reliable source of VAR analysis available to the average fan is ESPN journalist Dale Johnson’s regular Twitter threads, which doesn’t exactly speak to a functional system.

Watch cricket, and you’ll hear the third umpire talking to the TV director and to their colleagues on the field. First, they’ll ask for better angles, for the footage to be rocked and rolled. And then they’ll advise the on-field umpire as to what needs to happen next. It’s even chattier in rugby union, where the television match official, the referee, and the linesman will all talk their way through the complicated nuances of whether that huge guy hit that other huge guy in the head a bit harder than is really sensible.

This does not guarantee that every decision is correct, of course. But it does humanize the process. At the end of everything, VAR is always going to generate controversial (and occasionally flatly incorrect) decisions. This is because it is not an all-seeing, all-knowing robot overlord, but a person watching a TV. And people watching TV get things wrong all the time.

But if we get to hear the actual people making these decisions, if we are given access to their reasoning and to their conversations with other informed experts, if we can acquire some kind of familiarity with how they get from incident to punishment, then VAR will at least come to feel like something vaguely human. Sport is a series of difficult decisions made in real time under immense pressure. VAR tries to hide this fact from its audience, pretends that refereeing is somehow reserved from the ordinary flow of the sport, and suffers for it. So, let’s rebrand the VAR check as “Second Opinion.” Let’s find some way to broadcast the conversations into the stadiums. Give us the referees, and give us their mistakes. At the very least, it will fill all that dead air.

The World of Football

The Qatar World Cup looks destined to be a debacle, from the scheduling for teams and athletes to the human rights abuses around workers at the event, to the logistics and after-effects of holding the event itself.

At the same time, soccer is changing like all sports – becoming more cross-pollenated between cultures and nations, maneuvering through a massive influx of cash, and modernizing on and off the pitch.

We offer a look at the state of world football through the lens of the 2022 FIFA World Cup. 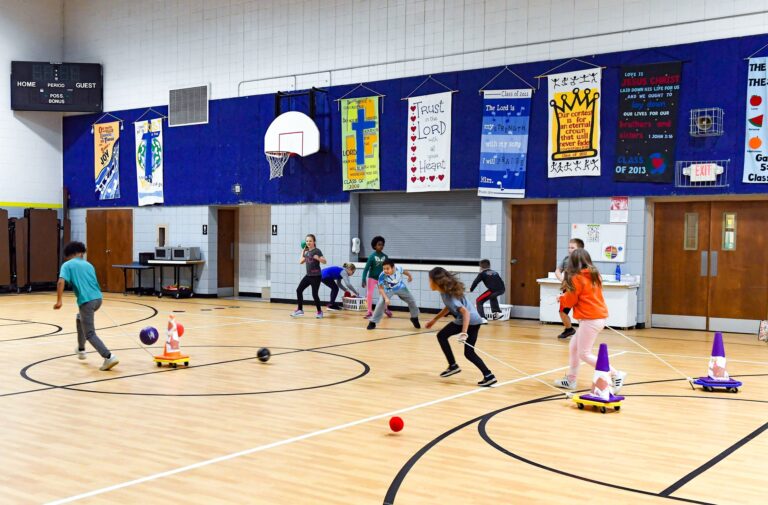 A 'Zombie Myth' Is Preventing U.S. Kids From Getting Proper Exercise 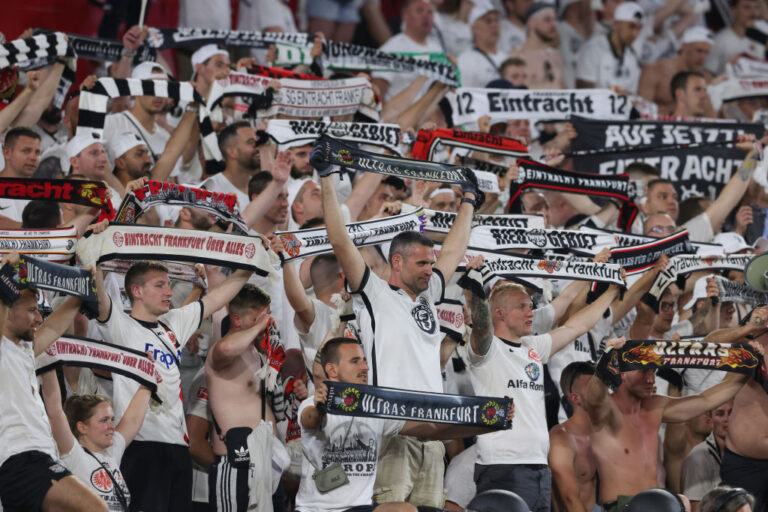 The Power and Fragility of German Soccer’s 50+1 Rule