Resistance training is associated with many positive health outcomes for children, but outdated ideas have stalled the rollout of these workouts in P.E. classes and youth sports programs around the United States.

Around the world, children aren’t engaging in enough exercise. More than 80% of those ages 11 to 17 fail to reach the recommended daily minimum of 60 minutes of moderate to vigorous physical activity. And in the United States, the story is the same. Four years ago, the Active Healthy Kids Global Alliance gave American children a grade of D- for overall physical activity. The subsequent pandemic reduced activity even more.

The solution to this problem seems straightforward enough: Find ways to engage kids and get them interested in moving and being active. But according to Avery Faigenbaum, a kinesiology and health sciences professor at the College of New Jersey, there’s a catch. When children are inactive and have underdeveloped motor skills, you can’t just tell them to go outside and play.

“That’s like me telling a 12-year-old who’s illiterate just to go to the library and read more books,” says Faigenbaum, who has studied youth activity and strength training for decades. “It doesn’t work.”

One way for kids to build the skills and strength they need? Weightlifting and other types of resistance training, like pushups and bodyweight exercises. Evidence shows that resistance training produces a cascade of benefits for children, helping them become more active, develop more robust bones and muscles, learn foundational motor skills that they can apply to other sports and activities, and develop an affinity for using their bodies that carries over into adulthood.

Despite this evidence, however, there is a longstanding and widespread belief that strength training is both inappropriate and unsafe for elementary school-age children – that it stunts growth, causes excess strain, and increases the risk of injuries. Even though most experts agree that this school of thought is outdated and incorrect, it persists, rearing its head every time respected medical publications offer qualified endorsements of resistance training for kids and doctors warn of weightlifting accidents and injuries.

‘There Are Things That Are Very Healthy and Safe to Do’

In the 1950s and ’60s, Faigenbaum says, U.S. schools promoted physical education focusing on strength and physical skills like hopping, skipping, jumping, throwing and catching. Combined with lots of free play, that focus helped children build bodies primed to be both strong and active.

In recent decades, however, PE programs emphasized aerobic activity. The total amount of time kids spend in those programs dropped. Meanwhile, the benefits of strength training and weightlifting were underappreciated or ignored. Then, as bodybuilding and powerlifting became more popular with adults and on television, society absorbed a skewed, totally pumped-up view of weightlifting and resistance training as activities defined by massive plates and complicated machines.

Add to all of that the real risk of injuries that can occur when bodies are stressed by maximum effort and poor technique, and many doctors concluded that strength training isn’t appropriate for kids – that they should instead focus on jogging or other activities that are perceived to be safer.

Today’s exercise science tells a different story. It’s completely appropriate for kids to do supervised strength-building exercises with suitable loads, says Keyur Desai, a sports medicine physician at Children’s National Hospital in Washington, D.C. Young kids shouldn’t be lifting super-heavy weights, he says, “but there are things that are very healthy and safe to do that are actually going to be beneficial.”

A well-designed program starts with movement. Running and jumping expose the body to forces equivalent to at least a few times its own weight, and exercises such as pullups and pushups use the body’s own weight to promote strength gains. From there, the basics of lifting weights can be introduced. According to MacDonald, age 6 or 7 is not too early for children to begin. Faigenbaum’s programs introduce kids to lifting techniques using cheap wooden dowels from the hardware store – and after learning the basics, kids move on to metal weightlifting bars before adding weights later.

Supervision by adults who know what they are doing is essential. So is an understanding that resistance training for children is not the same thing as bodybuilding or powerlifting by adults, activities that require maximum muscle effort and strain. “Resistance training includes body weight exercises and light loads, but some people have this view of resistance training is only squatting double bodyweight,” Faigenbam says.

According to MacDonald, supervised resistance training is less dangerous for children than other popular and widely endorsed activities like gymnastics, climbing trees, or even bicycling. While weightlifting injuries can and do occur with young kids, the majority are not due to strains and extreme effort. In 2009, Emory University sports performance researcher Greg Myer found two-thirds of weight lifting injuries that sent 8- to 13-year-olds to the emergency room were to the hands and feet and were connected to dropping and pinching. Myer says that indicates the injuries came mostly from accidents: “The kids dropped the weight and smashed their fingers.” With proper supervision and safety training, those injuries can be largely avoided.

The American Academy of Pediatrics first moved to endorse these kinds of strength-building activities for children in a qualified way in 2001 and has since published statements that more fully endorse them. Other organizations that focus on sports and activity have done the same. Still, old myths die hard. Consider statements published by the U.S. Department of Health and Human Services in 2018 and the prominent medical journal JAMA Pediatrics in 2022. While both publications explain the benefits of building bone and muscle strength, the HHS statement says that children typically don’t need weight training, while the JAMA Pediatrics paper says that “weightlifting is not appropriate for younger children because the strain may be too high for developing muscles, tendons, and bones.”

“This is like a lot of things in medicine: It's glacial progress,” MacDonald says. “It takes a long, long time to overcome entrenched thinking.”

Angelina Bernier, a pediatric endocrinologist at the University of Florida and one of the authors of the JAMA Pediatrics paper, actually advocates for strength training for kids. However, she cautions against unsupervised training and says that by “younger children,” she and her colleagues mean younger than six years old. “In general, I think we agree with each other,” she says.

‘It Doesn’t Happen Because You Don’t Have the Skills’

Compared to previous generations, children today score lower in measures of strength. They also show decreased physical literacy – that is, the ability to perform fundamental activities ranging from doing pushups to maintaining balance while running and turning their heads.

A lack of physical literacy makes it more difficult to pick up new sports and skills, which in turn makes it harder and less fun for kids to be active. If activity isn’t fun or rewarding, kids generally won’t stick with it – reinforcing patterns of inactivity that can be difficult to overcome.

“If you dislike physical activity during your primary school years, you’re not going to be in middle school and all of a sudden say, ‘Mom, I want to go out for soccer,’ or ‘Dad, I want to join the basketball team,’” Faigenbaum says. “It doesn’t happen because you don’t have the skills.”

Related: Senior Athletes Are Doing the Unprecedented, And They Are Ready For More

Resistance training in elementary school can help children achieve greater physical literacy, with the strength and skills gained during that period of development paying off throughout adolescence. “What we know is that the neuromuscular system plus the circulating hormones developing in young children – that’s a unique time in their lives,” Myer says. “Both from a strength and power, [and] from a neuromuscular control and a cognitive perspective.”

Weight lifting isn’t necessarily the best choice of physical activity for every child, and it should usually be coupled with aerobic training. However, it can offer kids with different body types and levels of physical abilities an opportunity to be active and to feel like they’re accomplishing something. For kids struggling with challenges such as obesity that may discourage them from running or playing sports, “there’s almost nothing better than lifting,” MacDonald says. “Their opportunity for a lifetime of activity might be, ‘Oh my god, you are awesome with squats.’”

Resistance training also can provide quantifiable progression and a kind of resulting psychological satisfaction that doesn’t necessarily occur in team sports. Kids who lift weights, Myer says, “can see progress, where a sports skill may not give that same type of mental reward.”

Before the pandemic, children’s levels of strength and activity were lacking. They likely are lower now. While data for recent years is still being collected and analyzed, researchers know that kids tend to gain weight and lose strength during summer vacations. According to MacDonald, a large number of children may never recover physically from the way COVID-related disruptions to school and other activities changed their daily lives.

Strength training could help close these gaps. Faigenbaum is working on a new way to make fundamental strength-building movements appealing to kids while also getting around lingering cultural reluctance. Just before the pandemic began, he was preparing to launch a study of a program called Animals in Motion that uses movements with names like “standing flamingo” and “striking cobra” to help kids build strength. According to Faigenbaum, this type of program also can raise kids’ heart rates to levels equivalent to those experienced during moderate to vigorous aerobic exercise.

Researchers know that kids who move and exercise are more likely to become adolescents who move and exercise, who in turn become active adults. By making resistance training fun and encouraging girls and boys to participate, Faigenbaum says, the sports and medical communities alike can make it more likely that kids grow up to have healthy physical activity integrated into their lives.

“I think we need to start during the primary school years, just like reading,” he says. “Strength is foundational for any movement. It doesn’t matter if you’re eight or if you’re 80.” 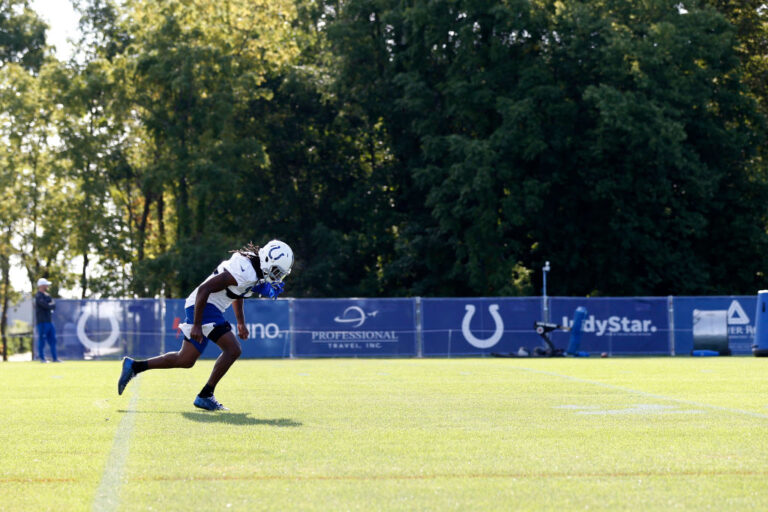 Youth Sports Megaprojects Put Cities ‘On the Map,’ But Can They Profit? 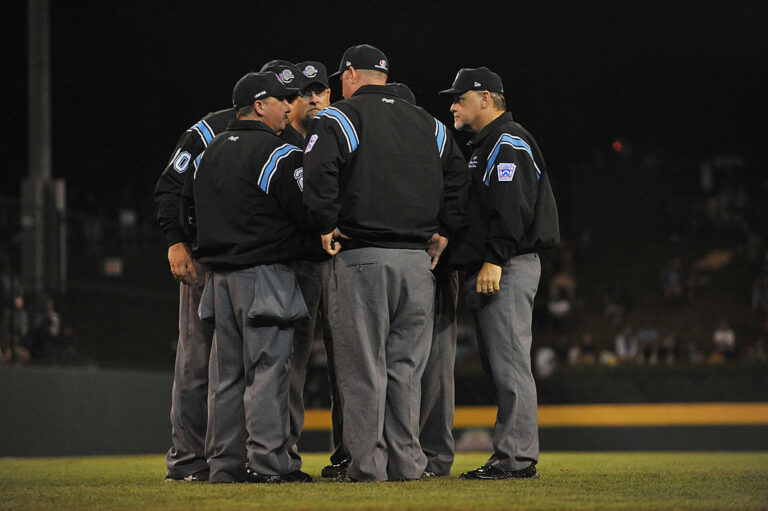 Roughing Up the Refs: Abusive Behavior is Driving Youth Sports Officials Away From the Game