New ASU Global Sport Institute polling shows that while Americans still largely buy the idea that sports teams help the local economy and culture, striking a deal with a team should provide greater tangible benefit to a community forking over large sums of taxpayer dollars.

Monthly Issue The Return on Our Sports Investment

If you’ve ever wondered why American cities and municipalities are so willing—and even eager—to spend hundreds of millions of dollars subsidizing facility construction for professional sports teams largely owned by billionaires, then consider the types of leverage at play in most stadium negotiations.

On one side of the table, team owners and other public stadium financing advocates can afford to lobby city council members and state legislators for a long, long time, buying years of access to make their cases. They can present rosy, self-funded, not-at-all conflicted studies promising billions in local economic impact. They can dazzle with shiny virtual fly throughs, complete with fireworks, and concept art showing sports fans surfing in the waters of a stadium-surrounding moat.

Most importantly, teams asking for handouts can make a threat—implicit or explicit—that wouldn’t be out of place in a mafia movie. Real nice basketball team you have here. Would be a shame if anything happened to it, like moving to Los Angeles.

Meanwhile, politicians on the other side of the table mostly have fear. Fear of doing something unpopular and high-profile, the double kiss of career death for anyone whose job depends on winning votes. Fear of being remembered by irate fans as the penny-pinching killjoys who lost the Raiders to Las Vegas, the Supersonics to Oklahoma City, the Nationals to Washington, D.C.

Small wonder, then, that our elected officials tend to back up the proverbial Brinks truck for sports teams—and then throw in an entire pallet of gift cards, just for good measure. Since 1960, says economist J.C. Bradbury, governments across the United States have committed nearly $38 billion to build pro sports stadiums, $27 billion of that coming since 1990. Just this year, Maryland has put up $1.2 billion for refurbishing stadiums for Baltimore’s Orioles and Ravens, New York and Erie County have promised to drop $850 million on a new stadium for the Buffalo Bills, and the city of Nashville and the state of Tennessee are on the verge of spending a combined $1.5 billion on a new stadium for the Titans.

Question is, should politicians feel significant public pressure to strike stadium deals in the first place? And if they do decide to commit taxpayer dollars toward public housing for financially flush private sports teams, should they at least bargain harder for less lopsided agreements?

According to the results of a new national survey conducted by the Global Sport Institute at Arizona State University looking at community benefit of sports stadiums, the respective answers are a solid no—and an even stronger yes.

Conducted in April in partnership with OH Predictive Insights, a market research and polling company based in Phoenix, the survey found that a minority of the public supports stadium subsidies, with 44 percent of respondents somewhat or strongly agreeing that state governments should provide funds to either build or maintain pro sports facilities, and 47 percent agreeing that local governments should do the same.

Add in the prospect of higher taxes—because, you know, $500 million doesn’t usually appear out of thin air—and that minority support plummets precipitously. Just 27 percent of respondents support raising taxes in general to pay for stadium financing, while less than one-third of respondents support raising taxes in the specific categories of sales, property, income, hotel, car rental, or food and beverages.

Of course, none of this reluctance to ante up this means that the public is wholly indifferent to sports—or to the prospect of gaining or losing a local pro team. Fifty-nine percent of respondents agree with the notion that the presence of such teams is a necessary element in a community’s identity, and 67 percent agree with the notion that said presence is an important part of a community’s economic health.

What these numbers suggest is that while the public isn’t keen to cut blank checks for bigger, shinier sports facilities, it does see value in having pro teams around, both as beacons of civic pride and businesses contributing to local prosperity. In turn, this means local politicians arguably have a tepid but defensible mandate to pursue stadium deals—provided they can produce a robust and demonstrable return on investment.

And therein lies the rub. In the mid-1980s, economist Robert Baade conducted a seminal study on the economic impact of sports stadiums, examining 30 cities that had built new facilities. In 27 of those cities, he found no significant boost; in the other three, the impact appeared to be negative. Since then, study after study after study after study—more than 130!—by independent economists have produced similar findings. Stadium subsidies don’t create jobs, spur local development, or pay for themselves via increased tax revenues or the mostly illusory economic benefits of hosting “mega-events” such as the Super Bowl or the Final Four. They are, in a word, boondoggles—the sort of thing Lyle Lanley would attempt to sell to your town using the all-persuasive power of song and dance, and that led University of Chicago economist Allen Sanderson to once quip, rather accurately, that “if you want to inject money into the local economy, it would be better to drop it from a helicopter than invest it in a new ballpark.”

Public spending on sports facilities will never produce the positive economic impact of spending on schools, roads, and energy. But elected officials who insist on pouring tax dollars into arenas, ballparks, and stadiums can still make much better deals than the historical (and current) norm by doing two things:

Point No. 1 means ponying up much, much smaller amounts of cash for facility construction and maintenance. Instead of paying 50 percent, 70 percent, or even the full sticker price for a new ballpark, why not pay … 10 percent? Or five? Pro sports owners are extremely wealthy. Pro sports leagues are very well connected. They know bankers. They can get loans. It means being vigilant about indirect stadium costs, too—that is, the hidden-in-plain-sight tax exemptions, sweetheart leases, and supporting infrastructure costs that, according to urban planner Judith Grant Long, increase the average public share of a facility’s total cost from 50 percent to 75 percent.

Offering less also means reading—and rewriting—the fine print, the better to not get snookered. Consider “state of the art” lease clauses, which essentially obligate state and local governments to pay for future improvements to stadiums they’ve already paid to build, lest those stadiums fall behind newer, shinier sports facilities funded by taxpayers in other cities. As journalist Aaron Gordon puts it, these clauses are like “if your parents were contractually obligated to buy you a new iPhone if all your friends got one, every year for 30 years, but if you were a billionaire and your parents were barely breaking even. Good deal for you, bad for your parents.”

As for demanding more? For decades, politicians have handed team owners the moon—or, in the case of the Cincinnati Bengals, a legally-binding promise to pay for “holographic replay systems” if and when they become available—and in return have (usually!) asked teams to hang around town long enough to shake down the next generation of taxpayers for yet another new building.

That simply isn’t enough. In the GSI/OHPI survey, the majority of respondents support requiring team owners who receive facility subsidies to implement sustainability standards such as a low carbon footprint (62 percent), contribute their own money to develop affordable housing in their communities (61 percent), and give some portion of the stadium’s contracted services to businesses owned by women and minorities (51 percent). Majorities also support direct financial returns on investment including:

Many of the above items would be unprecedented. But that’s only because politicians haven’t pushed for them—not because team owners are somehow allergic to paying a fair price for what they get. Remember: these are sports owners. Most had to cough up a hefty sum to buy their franchises in the first place. When they trade for star players or sign hotshot coaches, they have to give up something valuable in return (draft picks, other players, bags of cash). They have every reason to cut less lopsided deals with states and cities, because getting some public money is better than getting no public money.

By 2030, Bradbury says, 46 major league facilities that were built in the 1990s will be at least 30 years old. A new wave of hat-in-hand requests for new stadiums funded by new subsidies is coming—in fact, six of those buildings have already been replaced. In turn, a new generation of politicians will face the age-old fear of losing their local teams. They will be tempted to give in. To spend as much as $76.2 million on, uh, a minor league soccer stadium in Pawtucket, Massachusetts.

As the ASU GSI survey indicates, however, our representatives would be off resisting—and realizing, to borrow from a well-known American politician who was pretty darn good at getting reelected, that the only thing they have to fear is fear itself. After all, when teams threaten to move, they’re mostly bluffing. And even on the rare occasions when they do relocate, local politicians are never actually voted out of office as a result. (To the contrary, a state senator who cast the deciding vote to raise taxes to fund a Milwaukee Brewers stadium in 1995 became Wisconsin’s first state lawmaker to lose a recall election, while former Miami mayor Carlos Alvarez, who supported an epochally costly deal for a new Miami Marlins stadium, subsequently suffered the largest recall of a local politician in U.S. history).

Rather than capitulate to team owners, politicians should consider, well, doing their jobs. When teams ask for the moon, local leaders should ask for the sun—and the rest of the stars, too. They should call BS on teams’ rosy economic projections, and publicly embarrass franchises threatening to skip town for their demonstrable lack of civic pride and commitment. At the negotiating table, they should treat team owners the way those owners have long treated their communities, chiseling out every possible concession and goody in exchange for taxpayer dollars. In sports terms, they should play hardball. The numbers—and the public—will be on their side.

The Return on Our Sports Investment

You can see it from the skyline: Sport is a dominant part of any community where it is played. The economic relationship between professional organizations and these communities has always been fundamental to understanding sport, but as the industry grows, so too does the sway sport holds over cities and states.

How do fans and residents see this relationship? Do these private businesses owe the public more than they are giving? And what is the ideal role sports organizations should play in a community? 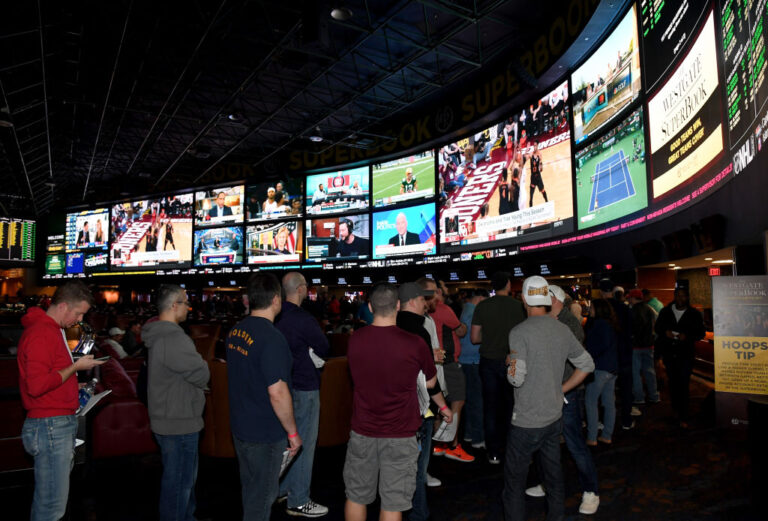 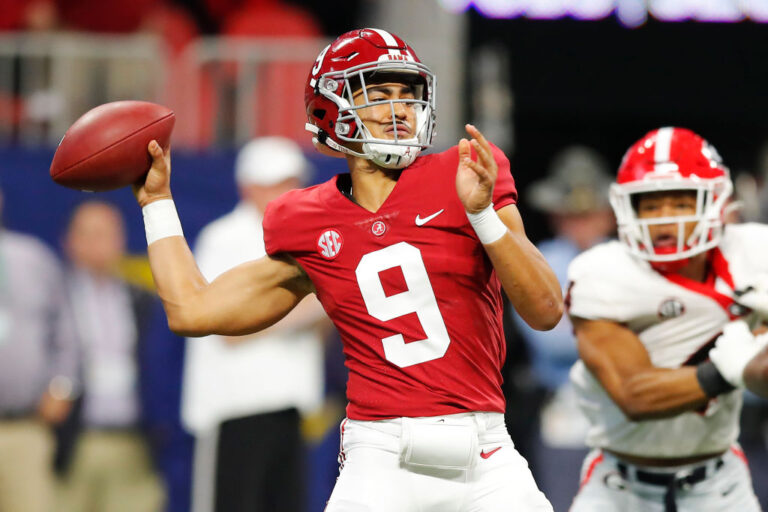