In many cities, nothing stands more prominently on the skyline than sports stadiums. They are major parts of the community, giving them an exceedingly important role in the sustainable development of the places they reside.

Monthly Issue The Sustainability of Sport

Professional sports facilities have a relatively short lifespan, with many demolished after 30 years or less. They typically are built through public funding that otherwise might be used to address arguably more urgent and important civic needs, such as providing greater access to health care or improving public schools. They can be engines of urban gentrification, driving up property values while driving out longtime residents. And they seldom engender broad and egalitarian public participation, instead tending to host expensive games and events attended by wealthy elites while leaving less affluent people on the outside looking in.

For all of these reasons and more, large sports infrastructure development projects such as stadiums, ballparks, and arenas can be the antithesis of sustainable community development – that is, development which protects the natural environment and green spaces, promotes economic growth, and enhances social justice and equity.

Urban planners will tell you that these three goals often conflict with each other. Meanwhile, the long and well-studied history of sports facility development suggests that stadium construction is an especially difficult way to pursue them. However, that’s no reason for governments – such as those in New York, where state and local officials recently announced plans to contribute a record $850 million in taxpayer money toward the construction of a new National Football League stadium – to not try to make sports development more sustainable. With foresight, willpower, and the ability to imagine what stadiums can be used for beyond hosting teams and events, good things are possible.

Last year, the CounterPointe Sports Group (CSG) acquired controlling interest in Élan Béarnais, a French professional basketball team from Pau, a small town located in southwestern France. CSG is committed to the 2030 Agenda for Sustainable Development and plans to incorporate the agenda’s goals in all aspects of a sustainable and green real estate development planned for 15 acres of land adjacent to the team’s arena. The buildout will include a hotel, amphitheater, gym, and training facility. It also will include a Climate Park, a space for cross-collaboration between environment- and climate-focused institutions, nonprofits, and start-ups to create a smart city and an innovation hub centered on climate change.

This real estate project is just one example of creating synergies between teams and sport business, real estate, and sustainable development at the scale of a stadium, a ballpark, or an arena. Here are three ways to better integrate sports facilities into sustainable urban design and development:

1. Demand a tangible local impact – and hold facilities accountable. Arenas built in the suburbs in the early 1990s, surrounded by a sea of parking lots, are now being moved downtown as part of city redevelopment strategies. The location within the center city is important to promote local businesses. Strong local networks are central in strengthening economic activity, contributing to the community’s overall health and well-being, and generating a system that is considered sustainable and equitable.

Professional sports teams and their facilities embody “local.” From employing local construction labor in initial development to providing employment opportunities that extend beyond the low-wage service jobs, teams and facilities can create opportunities for residents and set precedents for other business leaders in the area. But none of that is automatic, nor is it guaranteed. If municipalities are offering subsidies for facility construction, then team owners and their management teams should be held accountable for – and graded on – their local impact. New metrics for measuring impact should look at entrepreneurial activity, human connection, social capital, and community creativity. Professional sports facilities are ideal locations for prototyping these metrics.

And that’s not all. Facilities also can be used as incubator hubs for development of community-based businesses by offering local training and entrepreneurship programs. For example, as part of the anchored development strategy of Lambeau Field, Titletown Entertainment District includes Titletown Tech, a unique partnership between the Green Bay Packers and Microsoft that aims to bring digital innovation and expertise to the region. This initiative includes the development of an innovation lab focused on creating new ventures where entrepreneurs and established regional businesses engage with one another to develop new ideas and disruptive business models; a venture studio focused on building scalable industry solutions; and a venture fund centered on generating funding and investment in high-growth startups that are aligned with existing industries in northeast Wisconsin. Using the large spaces offered within these professional sports facilities, team owners can create hubs for change and impact, in addition to encouraging local purchasing by consumers and businesses beyond event days.

2. Use sports facilities to create greener and more livable cities. Urban sprawl has led to local and regional consequences of congestion, air pollution, job-housing imbalances, and longer commute times. Sprawl includes a poor mix of land uses, poor street connectivity, and ad hoc or scattered development, and it promotes vehicle-oriented development. The costs of urban sprawl have led to the proliferation of climate change and public health issues, such as the rise in obesity and inactive living. Residents living in sprawling locations walk less, weigh more, and are more susceptible to non-communicable diseases such as diabetes and hypertension.

That’s the bad news. The good news is that compact development and walkable communities have the opposite effect: They are aligned with income growth, greater central city economic health, racial integration, and residential neighborhood quality. Given that professional sports facilities serve as anchors for the development of sport and entertainment districts and are tied to efforts for attracting private investment in new residential and entertainment-oriented commercial land uses, they can play a vital role in an overall planning approach that encourages compact and transit-oriented development (TODs).

TODs are walkable communities with mixed uses such as retail, office, open space, and public spaces that encourage travel by public transit, car, bicycle, and foot. The ecological component of sustainable development can be met if these areas are designed with consideration to the natural environment. While private investment into and commercial uses of the areas around sports facilities are essential, a portion of that land should be designated for plazas, parks, and green open spaces. These spaces are critical in promoting physical activity and good health; they also fit in with the ecological and environmental component of sustainable development. The city of Denver can be considered a success story of promoting interconnectivity throughout its downtown, in which all three of its major sports facilities, catering to football, basketball, and baseball, are clustered together within a 1-mile radius. Denver’s downtown has a light rail system, a centralized train station that connects the downtown to the airport, and ample public green spaces in close vicinity to burgeoning residential, restaurants, bars, and retail options.

3. Integrate sports facilities into cities that are planned not only for adults but also for children. Local governments and urban planners should be encouraged to design their cities as child-friendly cities, which UNICEF defines as cities that provide the opportunity for “every child to have the right to grow up in an environment where they feel safe and secure, have access to basic services and clean air and water, can play, learn and grow, and where their voice is heard and matters.”

Children are the most severely impacted age group when it comes to the actions and inactions of government, whether it is determining policies in education, public health, or climate change. Short-sighted policymaking fails to consider children as future members of society. Governments that design child-friendly cities create environments where there is greater growth and innovation, diversity, and connectivity.

Where do sports facilities fit into this goal? In their purest forms, sports offer children a sense of security by providing safe spaces to learn and grow through play. Play boosts well-being, mental health, and resilience – the ability to withstand adversity and be flexible when circumstances change unexpectedly. It can be a driver for social and economic progress.

It’s in the interest of local municipalities to offer greater access to open green spaces to encourage physical activity and healthy living at a young age. When play-friendly spaces are lacking or inaccessible, communities suffer. Similarly, sports team owners also have an incentive to create play spaces within and around their facilities. By providing safe havens for children and families, teams are creating positive emotional associations with their brands and potential future fans.

San Diego’s Petco Park integrated an asset as simple as a sandbox for children to feel a part of the sport environment on non-game days, while Green Bay’s Titletown Park includes an ice skating rink and tubing lanes for the winter, a full-size football field, and a playground with plenty of outdoor games and fitness activities. The Block by Block Foundation is a global initiative that involves youth in the planning process for urban areas to illustrate how they envision their cities in the future. Through this innovative approach, children are involved in the full design process, their sense of community is strengthened, and their creativity is further encouraged in reimagining the urban space at different scales and in a manner inclusive of their needs.

The Sustainability of Sport

Sport is a large-scale global pursuit that brings together people and places, often creating deep roots with the environment in which it is played. As a result, sport both contributes to ecological change and is affected by it.

As efforts intensify to address decades of carbon emission, commercial growth, and environmental deterioration, sport can take the lead in championing progress. If current trends continue, however, sport could face some of the more serious consequences of a changing Earth. 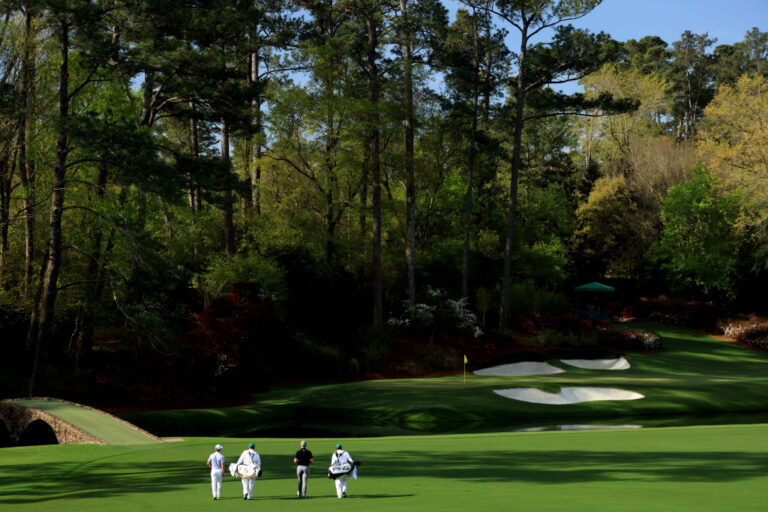 Can Golf Transform From an Elitist Hobby to a Public Good?