What happens when your body is your instrument of work and also the vessel that carries and nurtures life?

While this question is faced by all women who enjoy an active lifestyle and begin a pregnancy, it’s a question of critical importance to elite female athletes. An increasing number are kicking butt and choosing to stay in professional and international competition longer, and, often, during pregnancy and after childbirth. (Exhibit A: American Kerri Walsh Jennings, mother of three, earned her third Olympic gold while pregnant in London 2012 and is looking to make her fifth Olympic team in Tokyo 2020.)

Alysia Montaño, an American track and field star and mom, recently sparked a public conversation around elite athlete pregnancy and maternal support. Montaño, frustrated by the Nike #DreamCrazy campaign — part of which speaks to women athletes overcoming misogyny, sex discrimination and gender inequality to excel, despite the odds, at sport — worked with the New York Times opinion and media teams to make a parody video with the slogan #DreamMaternity.

The video, which shares language with some of the powerful lines of #DreamCrazy (“If we dream of equal opportunity? Delusional.”), is part mimicry of the shoe company’s celebrated ad style and part tutorial for the uninitiated into the mostly secret world of professional athlete endorsement contracts, many of which include nondisclosure agreements. #DreamMaternity calls out Nike for failing to practice what it preaches in its pedaling of inspiration and general wokeness. It exposes the reality of the limited options faced by women who enjoy long careers in sport and also want to start families. Montaño’s best line? “We’re the ones who tell our daughters the difference between dreams and advertising.”

Montaño embraced her platform as an elite athlete to transcend sport and speak to broader issues facing women in society. But it’s important to pay attention to the specific issue she has raised: Nike markets an image of itself as a company that embraces gender equity and empowerment and supports athletes to dream crazy — with the implication the company has its athletes’ backs. In 2013, when Montaño told Nike she wanted to start a family, Nike’s response was the company would support her by suspending her contract and begin paying her again once she returned to competition. She switched to Asics, and, as a new mom trying to qualify for a world championships team postpartum, her new sponsor threatened to stop paying her too.

“I was pissed,” she says in the #DreamMaternity video.

Montaño has channeled her anger into positive change, making the elite sports landscape better for women. Before taking on Nike’s #DreamCrazy, she pushed for maternity leave legislation so the United States Olympic Committee couldn’t revoke a pregnant or postpartum athlete’s health insurance through the Elite Athlete Health Insurance program.

All athletes — but especially women athletes and athletes of color — are supposed to be grateful for the contract, the privilege of getting paid to do what they love. If they ask or suggest or push or request, they’re being difficult and no longer part of the team. Unsurprisingly, Montaño has taken heat for trying to improve the landscape for pro women athlete moms. In sport, too often, critical thinking is interpreted as negative. We have to buy in 100 percent, “believe in something, even if it means sacrificing everything,” be a team player, #TrustTheProcess.

These are super awesome tropes in men’s sports. They might not apply to women’s. In life, too often, women’s critical thinking is interpreted as unproductive anger. Sure, the #DreamMaternity video threw a lot of shade. But Montaño had to get our attention. In a not-exactly-popular sport such as track and field – and add the dearth of coverage of women’s sports issues by mainstream media — Montaño had to be bold and do something dramatic to force a Nike policy change. The jury is still out whether Nike will ever embrace a company culture change.

Committing to pregnancy and having a child is an experience that gets to the core of the conflicting messages and feelings many women athletes have about being women athletes and about being women. While some embrace the ways their bodies are changing and fully enjoy pregnancy and new motherhood, others feel an array of emotions in addition to excitement and joy, such as anxiety, guilt and fear.

Wouldn’t it have been great if companies such as Nike that endorse women athletes had recognized the potential for this to be an incredible time, but also a challenging time, and had eased burdens rather than created additional, unnecessary stress? More pragmatically, why hadn’t companies realized athlete moms are marketable and created a means to reach new, loyal-to-the-brand customers? You know, like they’re trying to achieve with campaigns like #DreamCrazy?

By this I mean seeing the endorsement contract as collaborative partnership (Exhibit B: Simone Manuel and TYR), and working with athletes to tell their stories, off the track or field of play. As Kara Goucher, another former Nike athlete who shared her experience of financial stress and pressure to return to competition postpartum in Lindsay Crouse’s accompanying New York Times opinion piece, points out, “I was much more popular with media and fans because… wait for it… I was a MOM!”

On May 22, in yet another Times video and accompanying opinion piece, Allyson Felix, the most decorated women’s track and field athlete in Olympic history, went on the record to share her pregnancy and postpartum story, revealing Nike reduced her contract by 70% percent. When she asked Nike to contractually guarantee she wouldn’t be punished if she failed to perform at her best in the months following childbirth, the company declined. Felix wrote: “We've been at a standstill ever since. If I, one of Nike’s most widely marketed athletes, couldn’t secure these protections, who could?”

Felix, who like Nike athlete Serena Williams, experienced complications during childbirth,  also made a trip to Capitol Hill last week to testify before the House Ways and Means Committee in a hearing on racial disparities in maternal health and mortality.

Goucher is now sponsored by Oiselle – a running apparel company by women athletes, for women athletes – that has supported a number of high-profile runners, such as Lauren Fleshman and Stephanie Rothstein Bruce (now with HOKA One One), through their pregnancies. Nuun Hydration, which sponsors both Montaño and Goucher, has added specific protections for athlete pregnancy to its contracts. Brooks Running Company was the first shoe company to commit to standardized contract language ensuring no athlete would experience reduced pay or loss of contract during pregnancy and postpartum recovery. This matters because shoe company endorsement contracts represent the primary source of income among most professional runners.

Despite the havoc Nike created during their pregnancies and returns to competition, both Montaño and Goucher went on to qualify for national teams and compete in international competition postpartum. Imagine what women could accomplish if the stressor of fighting for maternal support was removed, and they could focus on becoming moms with a healthy return to competition? Thanks to #DreamMaternity, we’ll be seeing more of this in the future.

Full disclosure: I was a Nike-sponsored track and field athlete from June 2006 to Dec. 31, 2008. The last three races I ran, in 2014, with a modest Brooks deal, I won… while pregnant. I still run (almost) every day and plan to do so until the day I die. Right this minute, it is 10:18 p.m. on a Monday night. My son is now 4 years old, and shouldn’t still be awake, but he just emerged from his bedroom to ask for a hug. He saw I was working. I told him I was writing something, that I am a writer. His response: “Cool, mom.” Thanks Alysia Montaño and all the women who remind us that working moms also can be cool moms. 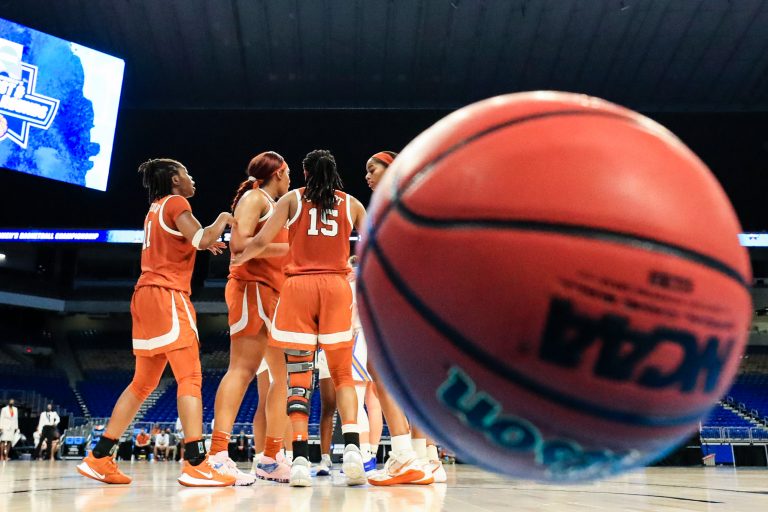 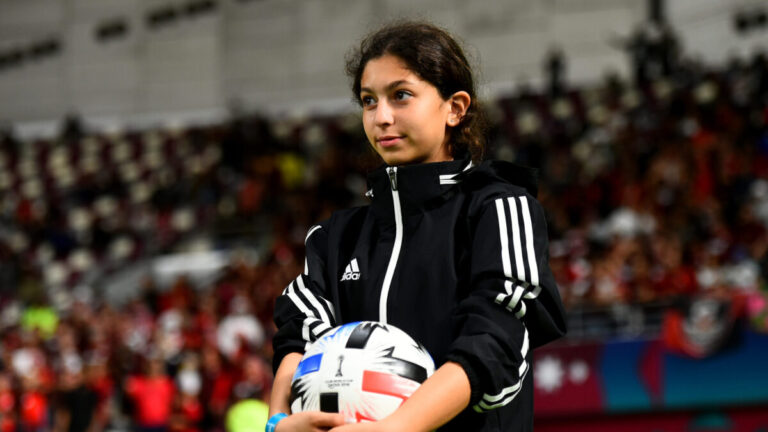 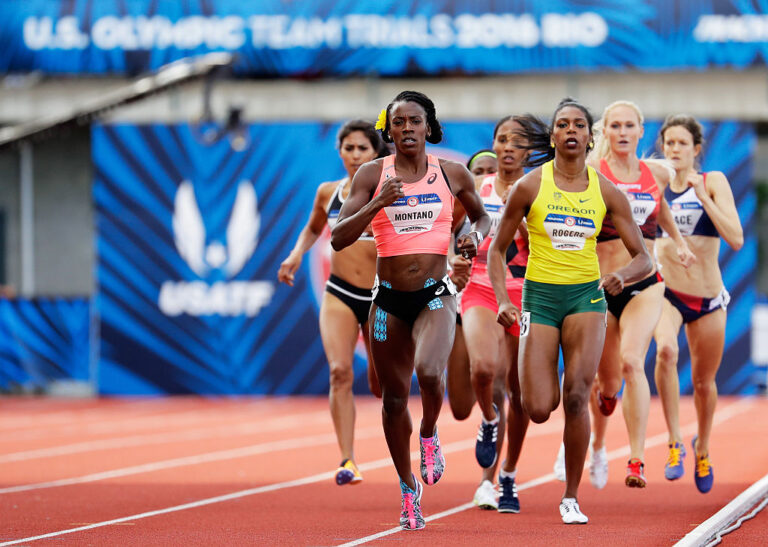 Women in the Undercurrent of Sport Are Thriving