A Netflix documentary focuses on how basketball inspired the Navajo Nation with an amazing trip through the Arizona state tournament.

When the Chinle Wildcats boys basketball team made a run for the state championship, the team inspired the 4,518 residents of Chinle, Arizona. That inspiration gave life to a Netflix documentary, Basketball or Nothing.

The documentary uses basketball as a teaching tool to show the team plays not only for each other, but to bring pride to their isolated community in Arizona’s Navajo Nation.

The American Indian Student Support Services at Arizona State University hosted a free screening of the documentary in November to honor Native American Heritage month at the Sun Devil Fitness Complex in Tempe.

All of the players on the team grew up playing “rezball,” which is a staple of Native American culture. Rezball involves a lot of running, cutting and playing an up-tempo style of basketball.

Josiah Tsosie, a senior on the senior laden 2017-18 Chinle High basketball team, had spent most of his life playing rezball before his coach, Raul Mendoza, was hired in 2016. Mendoza was already a notable coach on the reservation, having won a state title in 2011 with Holbrook High, also in the Navajo Nation, and with more than 30 years of coaching experience.

When Mendoza took over at Chinle High, he got his team to abandon their rezball ways and instead embrace cutting, passing and defense.

“You have to have good chemistry for it to work,” Tsosie said. “You just add your own little bit of stuff to it, and that’s when it becomes something more than rezball.”

Chile High finished with a 4-17 record the year before Mendoza took over. After buying into the new coach’s system the Wildcats turned around their program, finishing the regular season 12-4 and on an eight-game win streak in his first year..

The momentum carried the team all the way to the 2018 3A AIA Basketball Final Four. The Wildcats lost in the semifinals, but became the first Chinle team in nearly a decade to make it to the Final Four in Phoenix.

Mendoza had a simple message for his team after the loss. He told them to focus on not losing the game itself, but how it makes them better people.

Tsosie became the first person in his family to go to college. He received an  Obama scholarship and now is in the midst of his sophomore year at Arizona State.

“Having this opportunity to represent my people and be one of those people to have this scholarship and go to a big university like this is a dream come true,” Tsosie said. “It’s such a big deal. That’s why I want to be able to succeed.”

He has not only served as an example for his community in Chinle, but it's being felt at ASU, too. The American Indian Student Support Services at ASU dedicated it’s “Rezball or Nothing” basketball tournament to Tsosie, with the idea being inspired by the Basketball or Nothing documentary.

“There are lessons learned playing (basket)ball,” said Laura Gonzales-Macias, interim director of the American Indian Student Support Services at ASU.  “And to those who are here (viewing), or up and coming, to inspire them to succeed and meet their goals.”

Lamar Smith is a graduate student in sports journalism at Arizona State University. 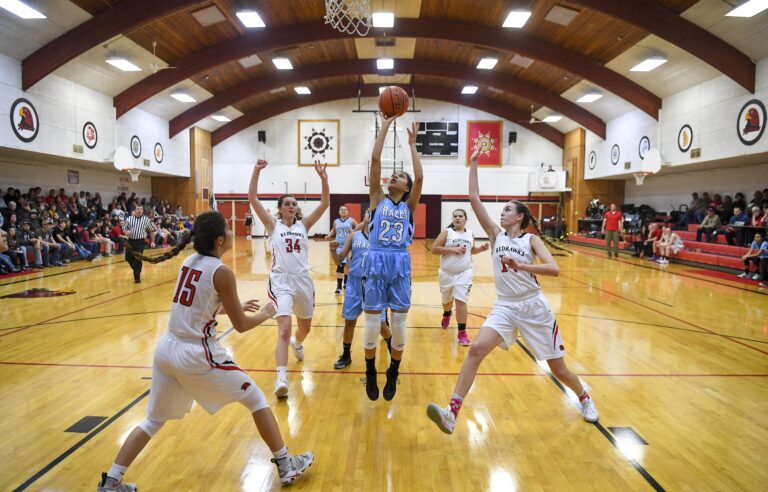 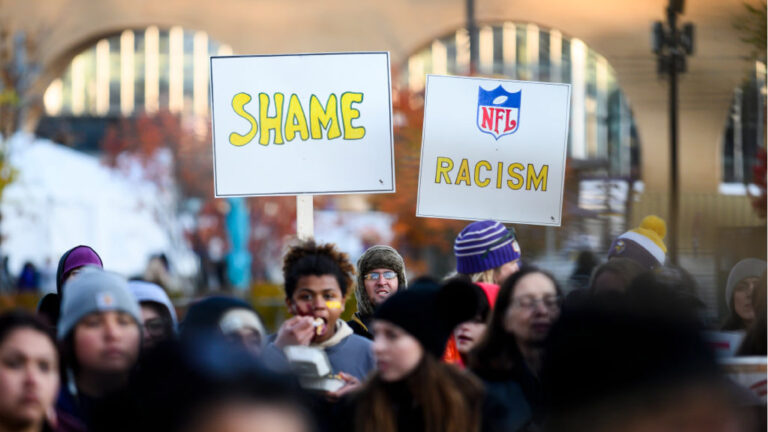 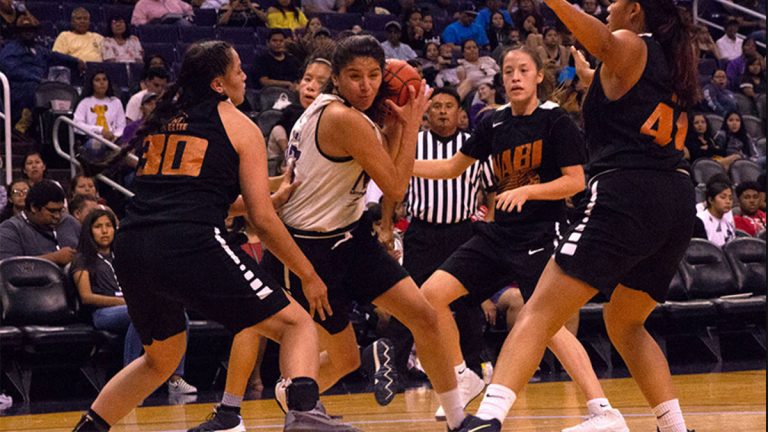 Beyond the reservation: NABI focuses on basketball, education