Approximately 200 universities offer some kind of varsity esports program with nearly $15 million being spent in related scholarship programs but the real opportunity for forward-thinking universities is to use the growing popularity of gaming to drive enrollment, engagement, and advancement of educational opportunities.

“Surrounded by fans and cosplayers, with thousands watching on their phones, laptops and desktops, four teams of (collegiate) esports competitors battled in February for video game supremacy from their screens on an Arizona State University stage in Tempe. Rome had its gladiators, the NFL has its quarterbacks and the video game industry has esports players. This is sports in the tech universe, with a Fiesta Bowl Overwatch Championship drawing more than 600 screaming fans on campus and an estimated 4,000 people watching online,” Arizona Republic, February 17, 2018.

Top-tier intercollegiate esports events are held each year and broadcast on ESPN, the Big Ten Network, and other major cable and digital platforms.  Over the last four years, approximately 200 universities have offered some kind of varsity esports program and have spent nearly $15 million related scholarship programs for top-tier video gamers. The non-competitive ASU Esports Association (student club) has soared to nearly 2,000 members making it the largest student-run club on campus, as many esports clubs on college campuses are. Through the student-led Esports Association, ASU and other universities field as many as 20 competitive intercollegiate teams ranging across dozens of different video game titles.

Esports has captured the attention of students, university administrators, athletic directors, and media outlets such as Forbes, the Washington Post, the Chronicle of Higher Education, and Inside Higher Ed.  Much of the media attention regarding collegiate esports to date has been focused on universities providing scholarships to video gamers and the construction of on-campus esports arenas for competition.  But if scholarships and places to compete are the base level costs of entry to collegiate esports what could “real innovation” in this area look like?

As stated earlier, approximately $15 million has been awarded in esports scholarships at North American universities and nearly 200 universities are fielding varsity level, intercollegiate teams.  But less than a dozen universities have developed a gaming/esports curriculum to prepare students to work in the $160 billion worldwide gaming industry.

For context, the music and film industries combined generate only $59 billion in worldwide revenue.  There are 1,300 film schools in the U.S. and more than 1,700 music schools.  And while there are several renowned video game design programs, there are no university degree programs dedicated to the entirety of the gaming industry at U.S. based universities.

ASU, Ohio State University, the University of California-Irvine, and other universities offer an assortment of gaming or esports courses through engineering, business, communications, computer design, and other programs. These courses offer a glimpse of what is possible but only scratch the surface of the overwhelming market opportunity ahead.  Who will become the first university to offer a multi-disciplinary degree program and/or create a new collaborative school focused exclusively on preparing students for careers in gaming and utilizing gaming to solve the real-world challenges of educating tomorrow’s students?

While the perception of gaming enthusiasts consuming mass amounts of salty snacks and caffeinated drinks persists, the reality of today’s gamers is quite different, particularly for those competing at the highest levels for their college or university.  In 2018, 62% of University League of Legends participants and 70% of Heroes of the Dorm participants were pursuing a STEM degree.  Even more encouraging is a 2018 research report conducted by the University of Surrey (Girls' Video Gaming Behaviour and Undergraduate Degree Selection) that showed “girls who game are three times more likely to study STEM in college.”  Innovation in collegiate gaming is thinking of gaming as a solution to bridge the digital divide, thus ushering in a more diverse and inclusive pool of STEM students.

Could innovation look like an interdisciplinary gaming school dedicated to serving the needs of students and the business community?

Could a new interdisciplinary gaming school serve as the nexus to create and relocate local jobs with game designers, developers, publishers, and the broader gaming community?

It can only happen if universities do what has never been done before.  It can only be done by those with the courage and vision to innovate.

Critics will point to the lack of gender equity and empowerment in gaming and esports.  And they are correct to be concerned as esports and other avid gaming programs are dominated by male audiences with men making up as much as 71% of viewers for esports competitions.  However, women make up 46% of all video game players worldwide, driven in large part by mobile gaming (Entertainment Software Association, 2019).  At major universities with active gaming clubs or organizations, women play important leadership roles in the growth and management of the student-run clubs.  And while gender equity and empowerment has long been the achilles heel of gaming, wouldn’t a university-bound and determined to innovate make gender equity a core pillar of its gaming and esports initiatives?

Similar to gender equity and empowerment, diversity and inclusion play an increasingly larger role at universities across the nation.  While diversity of gender, race, ethnicity, and sexual orientation are obviously important in student recruitment and engagement, what about diversity of interest?  The national freshman persistence rate is 69%, meaning nearly one of three freshmen do not return to the university they fought so hard to get into for their sophomore year (College Factual, 2020).  To keep more of its existing students and reduce the pressure on recruitment, what if forward-thinking universities turned to gaming and esports to help engage and thus retain freshmen?

In 2019, more than a million international students studied or were engaged in post-graduate training in the United States comprising approximately 5.5% of all students at U.S. colleges and universities (Institute of International Education).  Nearly half of the international students in the U.S. come from China and India, two of the largest gaming markets (by participation and revenue) in the world.  Perhaps innovation in collegiate gaming looks like growing engagement with international students through gaming and esports rather than through traditional on-campus activities like football, basketball, or other traditional sports they may not have grown up with?

A Deloitte 2020 digital media trends study found that, during the COVID-19 crisis, a third of consumers have, for the first time, subscribed to a video gaming service, used a cloud gaming service, or watched esports or a virtual sporting event (Deloitte Insights, June 2020).  It is entirely likely that gaming and esports will become a more significant, not less significant part of our lives moving forward.  Given this underlying societal trend, how does a university that has proven such an ability to innovate translate this new gaming reality into meaningful learning experiences that fulfill its charter to “assume fundamental responsibility for the economic, social, cultural and overall health of the communities it serves.”  It will not be through a varsity esports program, nor a state-of-the-art esports arena alone.  It will not be through solely offering scholarships to the most promising video game competitors.  These tactics, along with the much more important opportunity to be the first university to meaningfully address the needs of the gaming industry and community, provide forward-thinking universities with the platform to continue to fulfill the objectives of its charter and innovate on a scale never before seen or accomplished.

John Pierce is Faculty Associate at the W.P. Carey School of Business at ASU, and Partner of Player 2 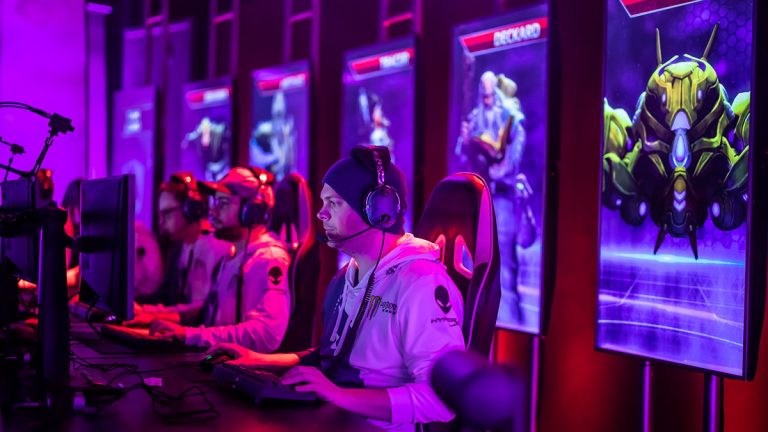 Esports players facing questions of whether to unionize 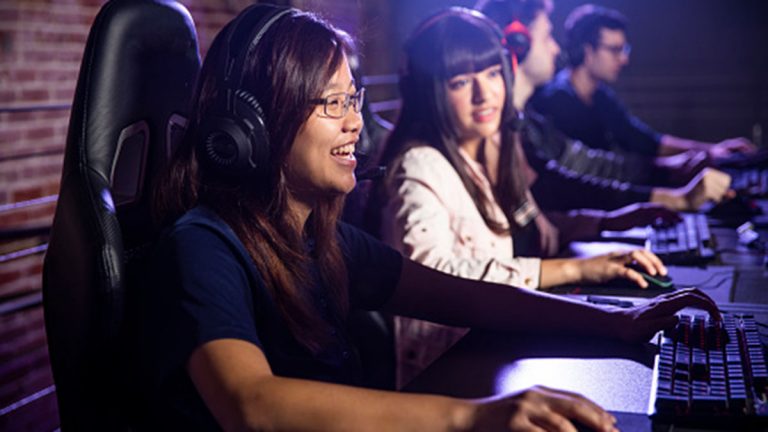 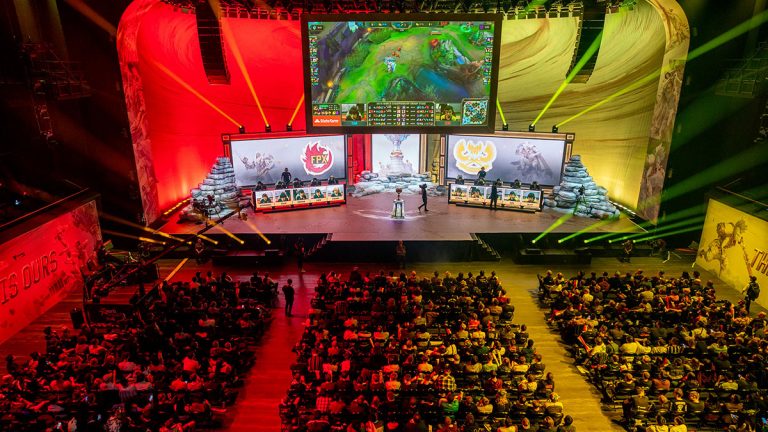