Striking a balance between mental health and this moment is even harder for student and youth athletes, who have even fewer options to participate in physical activity. And made even especially harder are unserved and underserved communities, who have always lived on the margins of sports, with little to few options.

2020 has been a difficult time to be a kid. When schools and nearly all other nonessential activities in the U.S. shut down in the spring to slow the spread of COVID-19, many kids’ worlds shrunk to the four walls of their homes. Some had yards and open spaces to play in safely, but others didn’t.

Sports provide myriad physical and mental health benefits that kids may lack now. In a Global Sport Institute poll, 72% of respondents said their child’s inability to play sports due to COVID-19 caused the child stress or anxiety.

Kids who have been away from their friends and dealing with the pandemic’s emotional toll may need sports more than ever—but many parents are struggling financially and may not be able to afford participation fees.

Before COVID-19, some proponents of “play equity” had argued that the youth sports system had failed. Sports are less accessible to low-income kids than they are to higher-income kids—creating a play equity gap.

As sports reopen, there’s an opportunity to make them more accessible to underserved kids. Several organizations have been considering how to make sure they offer kids what they want and need out of sports right now—from the healing power of sports to the simple chance to play.

Some kids “may not have had parents at home during this time and need a safe space to go and to play with others,” said Rachel Banner, director of park access at the National Recreation and Park Association (NRPA). She sees the reopening of activities as an opportunity to “start really rebuilding the fabric of our communities, not just because of COVID—because of the recent racist events that have happened in our country,” she said. “People are distraught."

The Aspen Institute’s Project Play reported in its National Youth Sport Survey that the average child quits sports by the time they turn 11, most often because it isn’t fun anymore.

Many reasons may explain this decline. Among them: Kids and parents disagree about the importance of rigorous competition, the pay-to-play model is too expensive, and school- and community-based options may be lacking. Children on the travel team circuit may get burned out—especially if they play more because they love the game than because they want to become the best.

Getting meaningful sport experiences to the youth who need them most will require more than simply reopening existing programs.

“We need to understand the hazards of not addressing this crisis in a very proactive manner,” said Tom Farrey, executive director of the Aspen Institute’s Sports & Society Program. Otherwise, “the same thing will happen as happened in the last economic downturn, which is that kids stopped playing team sports as much as they did previously.”

Youth sports participation never totally recovered, Farrey said. “A lot of groups, including ours, began go to work at that point, and we’ve stabilized it a bit. But we haven’t seen a jump back up again.”

Now, “this economic crisis absolutely could take another bite,” Farrey said. “But it doesn’t have to be that way, because sports shouldn’t cost a lot of money. It’s only in the United States that we decided that families need to pay $2,000 a year to have kids chase a soccer ball around a field.” In a recent essay, Farrey argued that a shift toward expensive travel teams has reduced recreation options for low-income kids, and COVID-19 has threatened those options even further.

Simril pointed out that physical education and structured play opportunities have also declined over the years in public schools. And many opportunities for competitive sports have shifted from public schools to a private arena, “where families need to pay amounts equivalent to private school tuition just to give their kids an opportunity to compete,” she said.

Unlike many other countries, the U.S. doesn’t have a ministry of sport. Youth sport providers operate in separate arenas, including schools, nonprofits, parks and rec programs, and for-profit leagues and clubs. One way to start closing the play equity gap is to build partnerships among these groups.

Banner pointed to the King County Play Equity Coalition as an example of a good partnership. The parks and rec department facilitated conversation among different stakeholders about issues such as: “Who are we providing support to? Where are those gaps, and how do we collectively come together and fill those gaps?” she said.

Farrey cites the Tacoma (Washington) Parks and Recreation Department’s partnership with local schools as a success story. The department started delivering programs at 36 elementary schools instead of nine parks and rec facilities, making it easier for kids to get there. Soccer participation grew by 450%. “And it’s simply because it was a smart partnership, not because there was a ton of money pumped into the space,” Farrey said.

Many youth sports nonprofits are already tailored to underserved kids. Among them is the LA84 Foundation, which has been giving kids in southern California free and low-cost opportunities to play sports for more than 30 years. In 2014, the foundation had served 3 million kids. “But what became really clear was that we were only scratching the surface of need,” Simril said. So that year, they established the Play Equity Fund as a charitable partner to fund and scale programs that work well.

Harlem Lacrosse is a school-based nonprofit that provides both lacrosse instruction and academic support—including mentoring and leadership training—to at-risk youth in five cities, at no cost to them. The program is essentially a public-private partnership, CEO Michael Levin said. “We partner with public schools, and we’re funded by private individuals, foundations, and corporations.”

The kids benefit from “all of the enhanced learning that comes from a really meaningful sports participation and a direct link to your academic life,” Levin said. “But we think that that should not only be available to kids who can pay for it or to kids who live in a community that has a robust program.” Levin noted that some Harlem Lacrosse kids have lost loved ones due to COVID-19, so their families may be dealing with a lot of stress.

Part of the challenge in making youth sports more equitable is “a perception issue in terms of the educational value of these experiences,” Levin said. If sports are considered “more of a really meaningful learning opportunity and not necessarily sport for the sake of recreation, then I think you have a better shot at prioritizing it when it comes to state, municipal, and school budgets.”

Simril explained, “We see PE, recess, after-school sport, and structured play not as a ‘nice to have,’ but as a must-have in terms of engaging kids, making them physically healthy, making them ready to learn, and engaging them in school.” LA84 recently completed a three-year longitudinal study of its after-school sports program and found that “kids who participated with more frequency during a three-year period are healthier, have better results on the FitnessGram tests, they attend school 6 to 10 days more on average, and they’re closing the achievement gap,” she said.

Maintaining philanthropic support may be a concern for some nonprofits. “My hope is that there are going to be people who continue to step up and say, ‘We recognize why this is important and why there’s a need for some private help here,’” Levin said. “Because it’s really critical work. It’s really important to a child’s upbringing.”

Prioritizing play equity might take other shapes as well. For example, if a travel team expects to lose participants in this economic downturn, it could create programming that is less financially demanding.

Levin noted that a profitable club program could reinvest some of its profit in organizations that serve low-income youth, and national governing bodies could take a long view and invest in play equity because it could boost their overall participation.

As sports return, some providers are preparing to tune in better to kids’ social-emotional needs. “How do you train appropriate coaches to help kids come back and use the power of sport to bring communities back together in a healthy way?” Simril asked.

LA84 has been considering “the trauma that kids are dealing with that impedes their ability to learn, and how sports can help them with that,” Simril said, as well as how to “make our coaches ready to be able to meet kids where they are.”

For some families that had hectic sports schedules pre-COVID, the shutdowns became sort of a forced respite. And those families might not want to go back to the same thing—now, they might prefer a less intense level of competition and time commitment.

“The smart provider out there will build that back in,” Farrey said. “They’ll recognize that some families want to continue to have family dinners, and not give up Mother’s Day, and not have their kid practicing till 10 o’clock at night.” They might want more time for free play and family activities, he added.

As parents talk to their kids about what they want, “I think we’ll find that many less kids are going to want the private sports experience, regardless of how much it costs,” Banner said.

Parks and rec departments are positioned to provide this sort of less demanding and more inclusive sports experience. One of Project Play’s 8 Plays is to revitalize in-town leagues. Quality varies, in part because travel teams have drawn kids away from local leagues. But incorporating more curricula and standards for coaching, for example, can help improve programs, Farrey said. “There’s such a potential—there are 10,000 municipalities across the U.S. that have sports programs, and they’re essential low-cost opportunities for families, especially today.”

Banner noted that in some cases, parks and recreation professionals coach and run the leagues, and in others, their role is more limited to permitting leagues to use their spaces. “We as an organization have prioritized youth sports, particularly during this time, and are thinking about how we can use this as an opportunity to reimagine the delivery of youth sports and the role of parks and recreation professionals as we come out of COVID-19,” she said. NRPA is looking to Project Play’s 8 Plays in doing so.

Building coalitions will be essential, Banner said, and so will community engagement. This includes asking kids what they want. “Kids, especially under age 12, aren’t doing it necessarily for the competition,” she said. “So the question becomes: What’s going to be the most fun, and how can we make this the best experience for you?”

As municipalities face budget cuts, funding youth sports may be a tough sell. But, if parks and rec departments “don’t do it right, then they’re going to see additional financial implications,” Banner said. Fewer parents will be able to pay for sports, “and if the parks and recreation agency offers an affordable and quality alternative, they would jump on that opportunity immediately.”

“I think people are hopefully starting to come together around what makes the community,” Banner said. “I think youth sports can really help us in that process of healing” and strengthening communities. 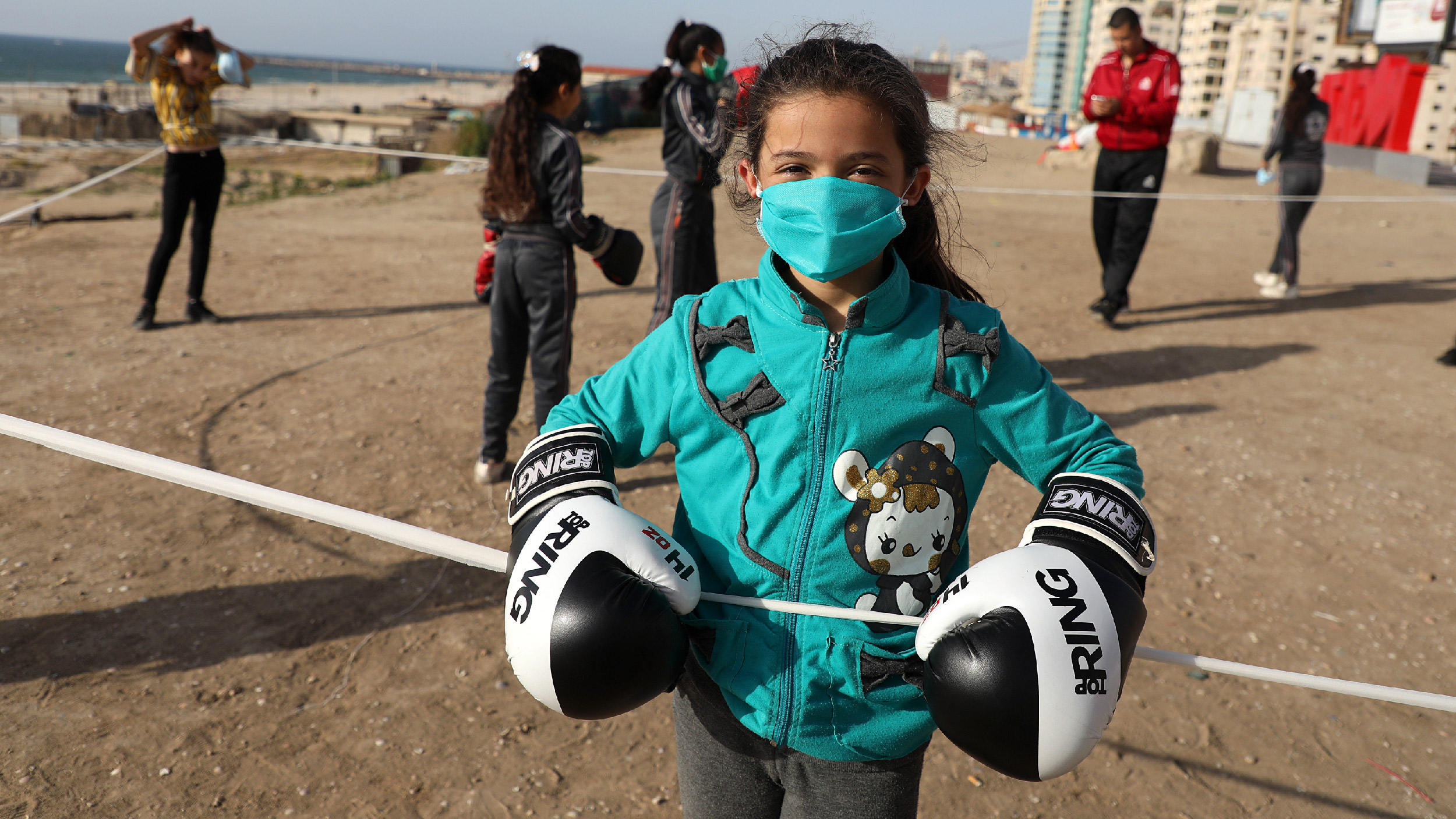