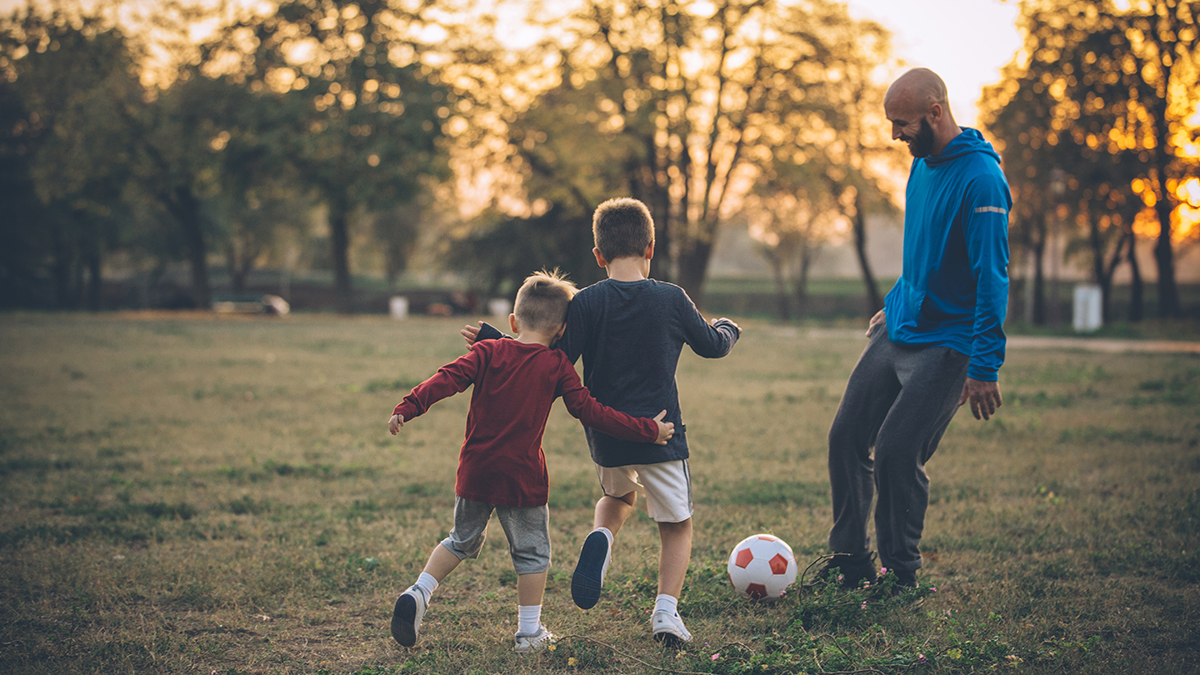 What can we learn from fathers in sport?

As with everything else with superstar athletes, fathers are sometimes openly on display. The same too with athletes as fathers. We also know the fathers who want their kids to be superstars. I’ll touch on a few of these but as you read please reflect on your own favorite sports dads as well as on your own, who may well be a sports dad, on this Father’s Day weekend.

I decided against trying to determine the greatest sports dad. What would that mean? Could we agree that the greatest fathers produced the greatest athletes so that that would be last week’s argument of LeBron vs Michael? That criteria would mean we are simply looking for the greatest athlete and then his or her father would win the award by default. Let’s see, maybe that’s the great Babe Ruth. His father was a bartender and was killed in a bar fight. Naw, we may have the wrong standard.

Or maybe it’s the biggest public sacrifice made by a dad. Chloe Kim’s dad quit his job to drive her to the mountains to train. Now she’s on the road to years of Olympic snowboarding gold and has her face on the Corn Flakes box. That’s impressive. In our fleeting public views of them during the Winter Olympics all seemed great. But we don’t know anything about their relationship.

How would that model work for the dad who quits his job and the kid fails to qualify for the Olympics? Or the more common path that the kid fails to start on a high school basketball, football or tennis team or whatever the sport may be. But is it that sort of sacrifice alone, regardless of sports outcome, that signifies that this is a great dad?

And we know the pro sports dads who have had pro level kids. The number of NBA men with fathers who played like the Warriors with Klay Thompson and Steph Curry or Larry Nance Jr., for example, with the rival Cavaliers. The Warriors have the inverse too with basketball mom, Javale McGee, but that’s that another holiday.

We all have some vision of what bad sports fathering is. From the yeller at kids’ games to the father that makes the kid play when the kid doesn’t want to. One fathering case in this difficult category is one of the saddest of dad stories I often reflect on, that of one-time football star Todd Marinovich. His father, Marv Marinovich, was determined to raise that superstar. So much so that as a child Todd was fed exclusively fresh fruits, vegetables and raw milk only. This began during his wife’s pregnancy, where her consumption was carefully monitored by Marv. Marv once said, “Some guys think the most important thing in life is their jobs, the stock market, whatever. To me, it was my kids. The question I asked myself was, ‘How well could a kid develop if you provided him with the perfect environment?’” I guess we can conclude food and massive training does not equal the perfect environment.

Todd Marinovich had a troubled career at USC, where he took full advantage of freedom from his father and developed drug issues that followed him into the pros. So no, it’s not on-the-field success alone that determines the best sports father. Who is to say at what point the negative outcomes are the result of the father versus the choices of the offspring?

We could go with the most visibly loving sports dad, Earl Woods. The hugs we saw between Tiger and Earl were the most powerful.

Or we could go for a dad we don’t see, the target of NHL star T.J. Oshie’s salute to a dad suffering from Alzheimer’s. He strikes me as a great dad and all I know is that one moment.

Howie Long did a hell of a job with Chris. Whatever he did to guide Chris along the path led to his son giving up a year’s salary to fight for criminal justice. Similarly would be JJ Watt’s father. What role did his dad have in raising the man who raised millions for Hurricane Harvey relief?

In the end what we can learn is that great dads in sport are the same as great dads in life. Dads who have the relationship that feed their son or daughter for the rest of their lives are the best. That could well be the close sports relationship. Sport can be a valuable bond, but it can also be a place where fathers, and parents generally, are wrongly pursuing their personal dreams rather than those of the child. That’s the real danger.

The athletic success of the child is not the measure of successful fathering. It could be though, that bond, that special bond comes from that time together. I don’t know that we’ll ever stop seeing Tiger reference his father’s voice and then seeing in our minds one of those on-the-course hugs. That, to me, was a greater indicator of success than the number of majors won.

Maybe a better path on reflecting on Father’s Day is to focus on what we know of great sports dads and take those best pieces that we know. But even there, if we include child athletic performance, we have to adopt what we perceive cautiously. Richard Williams may have driven the public crazy with his daughters Venus and Serena but none can convince me that there wasn’t a lot right going on there.

But I don’t think dads or future dads are best suited to, in paraphrasing Richard’s path, to hide your spouse’s birth control pills, learn a completely new game, train on difficult courts in the ‘hood, and take a non-traditional path to entering tournaments. No, don’t try and replicate that at home. For every successful outcome there is the tumultuous Todd Marinovich or the failures that we never see, that never find another path in life.

In the end, right-sized support is the key with being the parent beyond sport, as the most important element. Raising the whole kid. What we want is what we think we see with Steph Curry. After the 2015 NBA Finals, his daughter, Riley won a lot of hearts with her John-John Kennedy redux of hiding under the interview table. Steph we believe to be a “father” father. Little girls are looking at their dads and asking, “Why can’t I be Riley?” Dads are saying to themselves, “I should have perfected that jumper.”

Happy Father’s Day, to dads, and to mothers and others who stepped in as fathers. This day is for you too.

Kenneth L. Shropshire is the CEO of the Global Sport Institute and adidas Distinguished Professor of Global Sport as Arizona State University and Endowed Professor Emeritus at the Wharton School, University of Pennsylvania. Among his 13 books is Sport Matters: Leadership Power and the Quest for Respect in Sports.