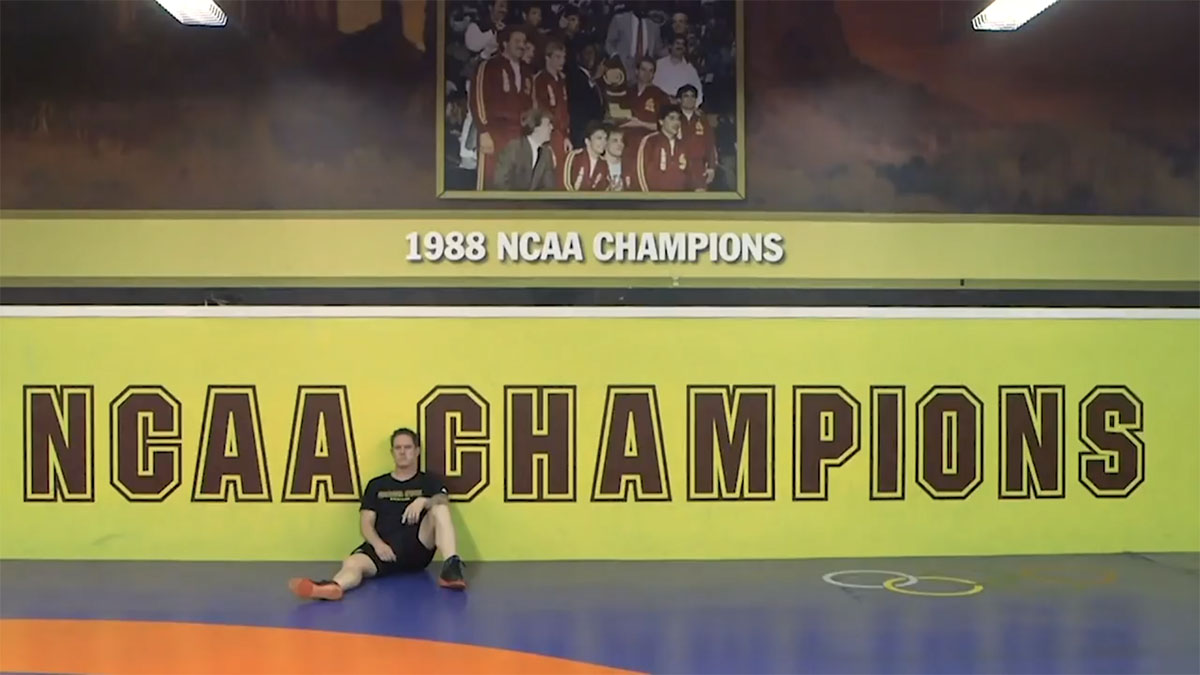 Roman Rozell’s life story belongs on the big screen.  Born and raised in Apache Junction, Ariz., Rozell used wrestling as an escape from issues he was dealing with at home. While in college and with a second child on the way, Rozell enlisted in the military to support his growing family.

Rozell served in the Army, completing tours in Iraq and Kuwait. In a couple of his deployments he was involved in multiple improvised explosive device (IED) explosions and even a suicide bombing.

That did not deter him. He  decided to push himself further and opted to try out for Special Forces. While going through qualification to become a Green Beret, his wife battled medical issues. Rozell contemplated returning home to be with his family, but he suffered a personal tragedy of his own.

One thing remained a constant for him: His passion for wrestling still burned inside him and with the help of an associate athletic director at Arizona State University,  Rozell was able to fulfill his lifelong dream of wrestling at the collegiate level.

Editor's note: Rozell is currently working with the Global Sport Institute and ASU’s Venture Devils to develop a program around his motivational platform.