Coaching glorifies a "grindset" and a level of commitment that often becomes unhealthy. To ensure coaches do not experience burnout and are the best leaders and tacticians they can be, sports organizations have expanded mental health treatment beyond athletes and are increasingly focused on coaches as well.

In March 2018, Cleveland Cavaliers head coach Tyronn Lue suddenly stepped away from the team while the Cavs were battling for the top of the Eastern Conference standings in pursuit of another championship. Lue shared that he was having chest pains and was medicated for anxiety. As a head coach bearing the weight of a championship organization, Lue said, “you kind of lose sight of yourself and what it takes for you.” Lue brought attention to mental health issues among coaches in the same way that basketball stars like DeMar DeRozan and his fellow Cav, Kevin Love, had for players.

In response, Cavaliers star LeBron James supported his coach and reinforced the importance of mental health above winning: “We worry about his health, obviously. That’s way more important than this game of basketball.”

Increasingly, we've seen an increasing amount of attention paid to the health and high performance of support staff and coaches. Testimonies from well-known coaches – including Lue, Australian soccer coach Ante Milicic, who stepped away “due to the nature of the job,” and Super Bowl winner Sean McVay, who reportedly debated an early retirement this year to protect himself from burnout – have gone a long way toward destigmatizing mental health struggles among leaders and helping coaches understand how they can get help.

Recent research suggests that north of 40% of elite-level Olympic coaches reported mental health concerns that would be treated best by a professional, yet less than 6% of these coaches sought such mental health support. At the same time, 14% of these coaches reported high to very high psychological distress, and rather than seek support for the significant issues they were facing – like dissatisfaction with social support and life balance – the researchers found that coaches frequently turn to unhealthy coping mechanisms that are more socially acceptable, like alcohol consumption. These rates are comparable to what elite athletes experience. Coaches are not consistently succeeding in their quest to improve their mental health, largely because of the coaching lifestyle and the culture surrounding the profession.

The life of a coach is incredibly demanding. Coaches are expected to work long hours doing cognitively demanding tasks like breaking down film, meeting with players to explain game plans, and preparing practice schedules. Coaching culture glorifies the so-called “grindset,” i.e., the idea that how hard you work matters more than how effectively. Unfortunately, coaches are often rewarded for this approach. It creates a sense of control amidst chaos and, as a coach has said to me, “nobody ever got fired for being in the office too much.”

When I was a college football coach, a typical day in my life looked like this: I'd wake up every day between 4:30 and 5 a.m., make two 32-oz. thermoses of coffee, take a shower, and head into the office by 6 a.m. for a staff meeting. I'd spend the next hour with a group of other men between the ages of 21 and 65 who were all doing the same thing. We'd break for film, plan a practice, and take 30 minutes for lunch. At 2:30 p.m., I'd head out to the field with my group to prepare them for practice, practice from 3:30-6 p.m., and then get ready to monitor study hall until as late as 10 p.m. I'd return home around 10:30 p.m. and, due to the accumulated sleep deprivation, fall asleep on my couch or bed within five minutes, only to wake up and do the same thing the next day.

At the end of those 126 days, my functioning had markedly diminished. I was burnt out, withdrawn, and lost. I missed birthday parties, weddings, and family holidays. I missed a lot of life that year.

Related: What's Missing in How We Talk About Athlete Mental Health?

This schedule is not uncommon for elite-level coaches in sport today. When I interned in the National Football League, one of the coaches I worked for slept in the office regularly, only seeing his children one day per week. Now, as an employee in professional sports, I sometimes joke that my most consistent sense of home is the Starbucks I find as soon as I arrive at the team hotel on a given night.

As coaches rise through the ranks, far beyond the point at which I walked away to become a sports psychologist, they are challenged with complex situations on and off the field. They are charged with leading progressively larger groups of players and managing a staff. If they become head coaches, the role evolves to include management, leadership, culture design, media management, conflict resolution, and managing expectations and relationships with team owners or university athletic directors.

The typical day of a head coach might include completing a media session, running a practice, leading a staff meeting, meeting individually with other coaches and players, consulting with management, and preparing for an upcoming competition. These responsibilities take place in the context of a largely public performance, with ongoing scrutiny and praise of their every move.

The coaching lifestyle – managing constant pressure, limited sleep, strained relationships, minimal support – is ripe to create mental health concerns. Though these concerns may not rise to a clinical threshold, many coaches are faced with problems of daily living that impact their ability to perform.

This lifestyle can take a toll on a coach's mental health. Successful coaches have ended their careers to get away from it. So the question is: Why don't coaches have sport psychologists, too?

The Coach as a Performer

What the data – along with my personal experience as a coach and now supporter of coaches – suggest is that coaches need the same support that athletes do. To truly promote the health and high performance of our coaches, we need to reimagine the culture of coaching and the way we think about people reaching their full potential.

To start, organizations must place more value on the performance and functioning of their coaches and support staff. In the United States, the model for this high-level support happens at the highest level of sport, with the U.S. Olympic & Paralympic Committee. The USOPC recently invested in comprehensive mental health services for all of their athletes, and simultaneously unveiled a department specific to coach education and well-being. The premise behind this rollout was simple: for athletes to function at their best, we need coaches who are at their best, too.

This conclusion isn’t just conjecture, either. Research shows that athletes who perceive their coaches as stressed also view their coaches as less effective and less competent. The coach, in turn, lacks awareness of how his or her stress affects the communication and performance evaluation that are necessary to be a great coach. Leading organizations like the USOPC are now trying to reduce coach stress with the goal of improving both coach health and player performance.

The best coaches I have been around — champions at the Olympic, NCAA Division I and professional levels — prioritize themselves as performers. Through regular practices like yoga, meditation, and exercise, championship coaches put practices in place to sustain their success. These same coaches also frequently engage in learning new skills outside of their sport, like completing coursework or mastering a different game, which serves to strengthen their creativity and maintain a healthy perspective about their world. These behaviors are the antidote to many coaches' tendencies to wrap their entire self-worth in wins and losses.

As the pressure to perform escalates (coaches are now turning over at a remarkable rate, often after just one year on the job, as the business of sport explodes), coaches will not only require support, but need more of it over time, the same way that elite athletes have asked for additional support to help them manage similar pressures. Straightforward interventions can help coaches be their best.

Sport psychologists can play a unique role in helping these head coaches manage the demands they face as leaders. For example, sport psychologists can help coaches handle stress and manage necessary functions like sleep and scheduling. They can also provide a sounding board for coaches who are under pressure to perform and deliver big results. In a high-pressure, high-stakes environment, providing mental health and mental performance services to head coaches gives elite organizations a unique competitive advantage to tap into.

Tyler Bradstreet, the sport psychologist at Texas Tech University, has found a unique way to address these demands. Rather than working solely with coaches as individuals, Bradstreet leverages the principles of group support to help coaches help each other. In regular roundtables facilitated by Bradstreet, coaches discuss their current challenges, the demands of sports, and their unique circumstances. Bradstreet notes that this engagement not only improves coach well-being, but actually helps them to do their jobs more effectively.

In my current and past roles as the director of clinical and sport psychology services at the University of Arizona and now as a senior director of wellness and development in the NBA, regular education and consultation are the crux of helping coaches both feel better and perform well. The aim of these interventions is to help coaches raise their self-awareness, navigate difficult situations, use stress productively, and cope with the challenges of their roles. Indirectly, these same activities support coaches’ mental health and well-being by providing them a sounding board and secure space to voice concerns, and an outside partner to help them consider their best paths forward. Often just giving voice to concerns in these spaces leads to a sense of relief and clarity.

That sport psychology services can offer a competitive advantage to coaches should not be a surprise, though there may be resistance to the idea due to coaching's grindset culture.

Since the emergence of a more significant dialogue around mental health in sport, we’ve had the chance to hear some success stories. Michael Phelps has publicly detailed how therapy saved his life. Serena Williams has shared how receiving therapy after a difficult loss helped her bounce back and reclaim her spot atop the tennis world. Olympic Skier Lindsey Vonn shared that she managed mental health concerns over the course of her Olympic career on her path to three gold medals.

If the best athletes in the world – Olympians and professional athletes alike – have credited sport psychology for both their good health and high performance, why would that be any different for the coaches that lead them? 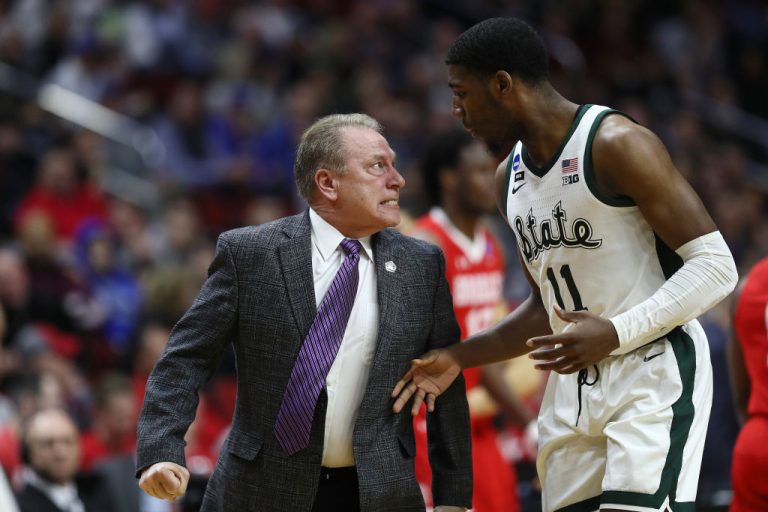 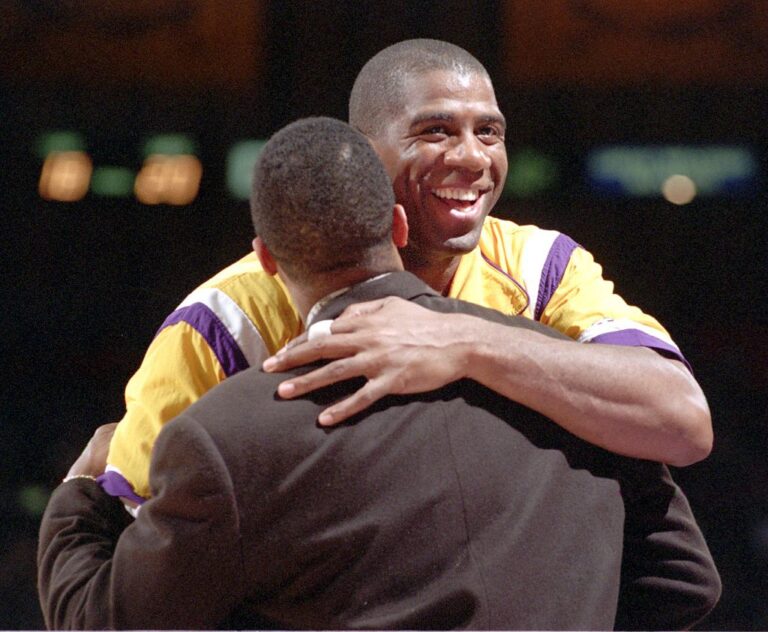