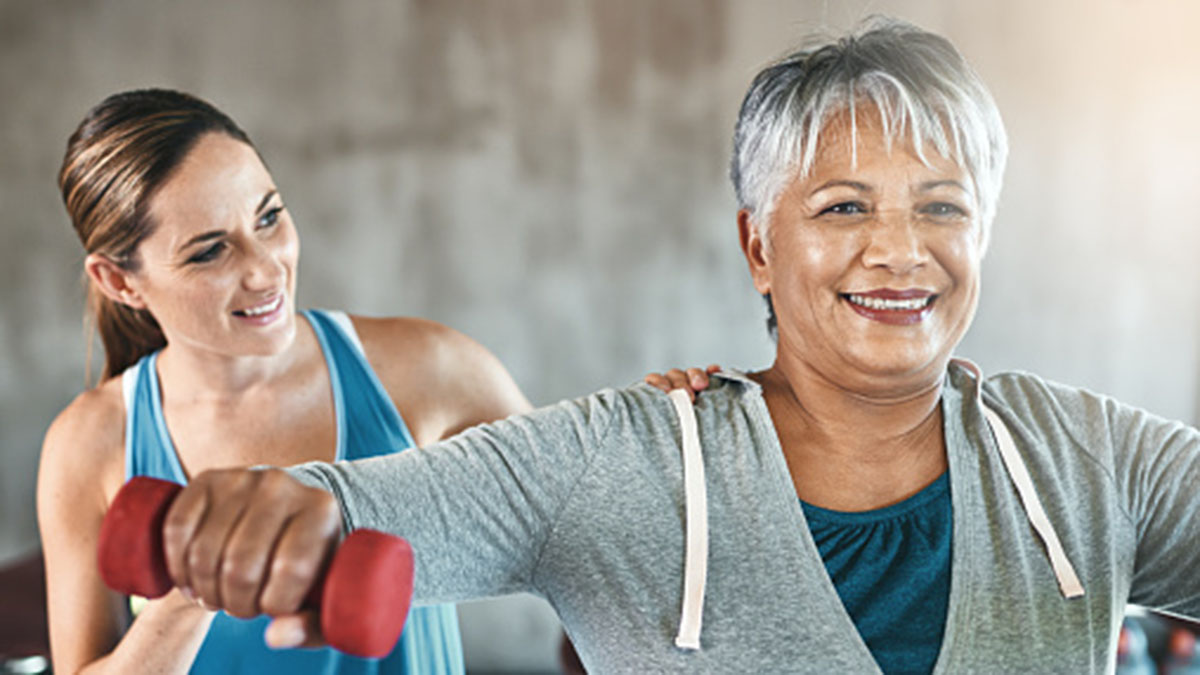 Scientists have known about the positive effects exercise can have on a person’s mood, but new research is exploring the biological and psychological reasons behind its benefits.

Jacob Meyer, an assistant professor of kinesiology at Iowa State University in Ames, has started investigating endocannabinoids as a potential mechanism for the way exercise can help with depression. However, in conducting his research, Meyer’s experiments showed coaching during exercise can increase the effects of endocannabinoids.

According to a New York Times article on Meyer’s research, endocannabinoids are a substance produced by tissues throughout the body that bind to specific neuroreceptors and create calming, mood-boosting effects, similar to cannabis. Previous research has shown how exercise increases the amount of endocannabinoids in the bloodstream, potentially accounting for the serene “runner’s high.”

In an attempt to discover what kinds of exercise might produce more endocannabinoids and confirm their effects on depression, Meyer turned to the results of previous research from his time as a doctoral student at the University of Wisconsin. The experiment asked women suffering from depression to use a stationary bicycle for 20 minutes with differing levels of intensity. They also gave blood and answered questionnaires about their emotional states both before and after their workout.

His previous results showed any amount of exercise improved the moods of participants, but the effects were most pronounced when the participant was instructed how hard to pedal. When given the opportunity to select their own intensity, the outcomes were more moderate.

While this demonstrates some relationship between mood, exercise and endocannabinoids, Meyer said more research is required to understand why the relationship exists. Meyer offered the New York Times one possible explanation: It could be the brain’s attempt to make involuntary workouts more tolerable.

Regardless, Meyer said the important takeaway is how any amount of exercise is better than none, but also how a person’s response to it can be a complicated mix of psychology and physiology.

Befitting the complicated nature of the subject, other research on the psychological benefits of exercise run parallel to Meyer’s. For example, in a Harvard Health Letter published through the Harvard Medical School, psychiatrist and assistant professor Michael Craig Miller points to the way exercise stimulates nerve growth, specifically in the hippocampus.

“In people who are depressed, neuroscientists have noticed that the hippocampus in the brain — the region that helps regulate mood — is smaller,” Miller said. “Exercise supports nerve cell growth in the hippocampus, improving nerve cell connections, which helps relieve depression."

At the very least, Meyer isn’t the first to research the link between coaching and decreased depression. Though outside the realm of exercise, researchers from the City University of London found coaching in the workplace reduced reported levels of stress and anxiety, but the control group that received no coaching reported lower levels of depression (though both groups reported decreases).

The differing research conclusions line up with Meyer’s assertion that more research is required to fully understand how coaching, exercise and depression are linked, but endocannabinoids at least provide a more concrete possibility.

Study: Exercise can strengthen your memory as much as muscles

What can walking do for you?

The Case for Walking

Brisk Walking Linked to remarkably Longer Life, Regardless of Weight

How to Get the Biggest Benefits of Walking

Why walking is the most underrated form of exercise