This story discusses suicide and depression which may be upsetting to some people. If you are having thoughts of hurting yourself or need someone to talk to, please skip to the bottom of this article for resources.

In August 2008, Will Heininger’s life was spiraling out of control. He was not eating or sleeping, and he felt hopeless. His parents were going through a divorce, and he was juggling the demands of being a defensive end for the University of Michigan football team, including trying to impress a new coaching staff. When the team huddled at the end of practice, the depression and anxiety festering inside him burst the emotional dam he had built.

“I felt the tears coming on. I didn't care anymore. I felt so low,” Heininger said. “I didn't have the energy to hold it back because I had been hiding it from everybody for so long every day.”

Heininger was diagnosed with major depression and anxiety. He worked with a therapist and physician to find the right combination of medication and therapy. “It made me a better player because, first of all, I learned how to have a fit mind as well as a fit body,” he said. “I literally was performing at a higher level than I ever had once I got healthy.”

Erin Rubenking, associate director and clinical care coordinator for the University of Colorado athletic department’s Psychological Health and Performance program, said anxiety and disorders of depression are two common issues she sees with athletes, but at rates consistent with the general public. However, the athletic population does have higher rates of binge drinking, substance-abuse disorders and eating disorders or disordered eating, she said.

“There are factors that can contribute to it for athletes that non-athletes don’t necessarily experience,” Rubenking said. “When I think about anxiety, their schedules are so packed, expectations put on them, and there is a lot of pressure. That can often prompt the development of some of these mental health issues.”

Rubenking warns against assuming these outside pressures are the only factors that cause mental health disorders in athletes. For example, she said, “Is it people that have a certain personality type that are drawn to sports, but it also predisposes them to addiction? Or is it something within athletics?”

When Lanesha Reagan was in seventh or eighth grade, she was a talented volleyball player who had received interest from college recruiters. But she began feeling isolated from her friends and dissatisfied with her body. She started exhibiting behaviors associated with eating disorders, including restricting calories and binging and purging. She constantly felt numb, never happy or sad. She didn’t know it yet, but she was suffering from depression.

In high school, with increased pressures from recruiting and school, Reagan’s depression and body-image issues worsened. She began cutting herself in places she could cover with clothing. One night, Reagan attempted to kill herself by overdosing on pills. The pills caused her to vomit, but not enough to warrant a trip to the hospital. Reagan stayed home sick from school and continued to hide her problems from her parents.

“I didn’t really want to die. It was the constant feeling of never feeling anything,” Reagan said. “It kind of hit me that I could’ve not woken up, and I think that was something that really shocked me — how real it was. And I think I definitely started to try to push away from self-harm.”

Reagan tried to fight her mental health battle on her own and mostly stopped harming herself, but she did not have a breakthrough until her sophomore year at Oregon State University, where she was a member of the varsity volleyball team.

Reagan developed a close relationship with her athletic trainer and mentioned she was struggling with depression and body-image issues. Her trainer recommended that she see the athletic department’s sports psychologist.

Reagan began telling friends about her struggles and wrote a blog post that garnered attention. She found the more she talked about her issues, the better she felt.

Rubenking said one of the biggest challenges to helping athletes is destigmatizing mental health within sports.

“There is this old-school perception sometimes that if you go talk to someone, it means that you can’t handle something on your own,” she said. “When in reality, you have a strength coach, you have a dietician, you have your sport coach,” so working with a mental health professional shouldn’t have a stigma, she said.

Rubenking wants athletes to know it is normal to work on their mental health. She explained, “Every single person has mental health. Mental health would be on one end of the spectrum and mental illness on the other. We all fall on that spectrum, and it can change at different points throughout our lives.”

Mikayla Krinetz felt alone when she experienced her first anxiety attack when she was 10 years old. Early on, she didn’t know what was wrong. “I didn't know there was a name for it,” Krinetz said.

Despite being a successful soccer player, Krinetz developed depression and severe social anxiety in high school. Her anxiety overwhelmed her, and she didn’t go out socially. Even though Krinetz and her family knew she had a problem, she did not seek counseling.

Krinetz continued to excel at soccer, and she earned a scholarship to the University of Maryland, Baltimore County. Soccer sometimes was an escape from her anxiety and depression, but the demands of college life and being a Division I athlete compounded her issues. During her freshman year, Krinetz broke down crying in her coach’s office, and her coach encouraged her to seek help from a school counselor. Krinetz refused and continued to suffer in silence.

“There is this old-school perception sometimes that if you go talk to someone, it means that you can’t handle something on your own. When in reality, you have a strength coach, you have a dietician, you have your sport coach." -Erin Rubenking, associate director and clinical care coordinator for the University of Colorado athletic department’s Psychological Health and Performance program

Krinetz suffered two rotator cuff injuries and was unable to play soccer for nearly two years. She retreated further inward and spent most weekends at her parents’ home, instead of experiencing college life on campus. In December 2017, during her junior year, Krinetz was cleared to play soccer again and felt the best she had in years. But her sense of relief was short-lived. In early January 2018, Krinetz’s father collapsed at work and needed open-heart surgery.

Krinetz’s depression and anxiety boiled over.

“I couldn't function. I couldn't get out of bed,” she said. Reaching this low point in her life finally convinced her to get help. Through medication and therapy, Krinetz now has found balance in her life and is planning to pursue a degree in mental health counseling. She said that through therapy, “I learned how strong I am and found that I can handle myself.”

A4: Learn about what to do if you think someone might be at risk for self-harm by reading these 5 Action Steps for Helping Someone in Emotional Pain: https://t.co/9cFF7euDOg. #BeThere #SPM19 pic.twitter.com/9KD8wglEIx

Programs like Michigan’s Athletes Connected, Colorado’s Psychological Health and Performance program, and Colorado’s Bolder Buffs are trying to reduce the stigma of mental health through education and mental health services for athletes.

Heininger described Athletes Connected as “a front porch” to Michigan’s athletic counseling team. “The goal is stepped care, getting the right amount of resources to each individual,” Heininger said. He described the program as a pyramid, where the base level is providing every athlete education about mental health. “Then there’s a second level of support and care for those who either self-identify or are staff identified, and then clinical care at the top of the pyramid.”

Rubenking’s program is embedded within the athletic department and works with coaches, team physicians and athletic trainers. “We provide confidential, unlimited services to all the student athletes.”

Rubenking mostly works with athletes in individual counseling sessions, and she consults with teams and provides workshops to teams. She also attends Bolder Buffs meetings and trains them how to recognize mental health issues, respond and refer teammates who are struggling.

Nobody wants to talk about it but I wish more people did. I have been and I still am seeing a therapist and I don’t know where I’d be without it. To anybody who is on the fence about therapy, don’t underestimate the value of your mental health.

Bolder Buffs is a student-run group founded in 2018 by basketball player Kennedy Leonard and soccer player JJ Tompkins, with the help of Colorado’s athletic department. Tompkins was studying psychology and wanted to find a way to help athletes with mental health issues.

“I kind of felt this passion where I didn't want to stop helping people, and, as an athlete, I feel like I had an advantage because I lived the day-to-day life,” Tompkins said. “I realized it was common and OK, and I wanted everybody to know it's OK.”

“To come into this group and talk, it gives you a chance to understand you’re not alone,” Tompkins said. “To be with your peers and get that vibe, that camaraderie, that being in this group is helping more than you might think.”

“Athletes are human and deal with different challenges, and those challenges can be heightened because of the spotlight. No one is immune to dealing with a mental health challenge. It’s normal for athletes to experience that, and it’s not anything that anyone should ever be ashamed of.” - Rubenking

Krinetz wants others to know it is OK to seek help. “At the end of the day, your mental health is more important than anything.”

“Athletes are human and deal with different challenges, and those challenges can be heightened because of the spotlight. No one is immune to dealing with a mental health challenge,” Rubenking said. “It’s normal for athletes to experience that, and it’s not anything that anyone should ever be ashamed of.”

Heininger wants coaches and trainers to realize that the brain is part of the body. “If you’re asking a group of people to perform, and you’re training all of their physical body but not the part that controls it, what are you doing? You’re doing yourself and your team a disservice.”

Reagan wants people struggling with mental health to have hope.

“You are not alone. Whatever you are feeling, other people have felt similar ways. You are not the first. You will not be the last,” she said. “You should absolutely go out and find what resources work for you that give you healthy coping mechanisms and healthy ways to live your life.”

Mental health issues are a real, but treatable illness, and you are not alone. If you are having thoughts of hurting yourself or need someone to talk to, please take action now by calling 1-800-273-8255 or by visiting suicidepreventionlifeline.org. For global hotlines, click here.

Correction: Because of a punctuation error, University of Maryland, Baltimore County's name was displayed incorrectly 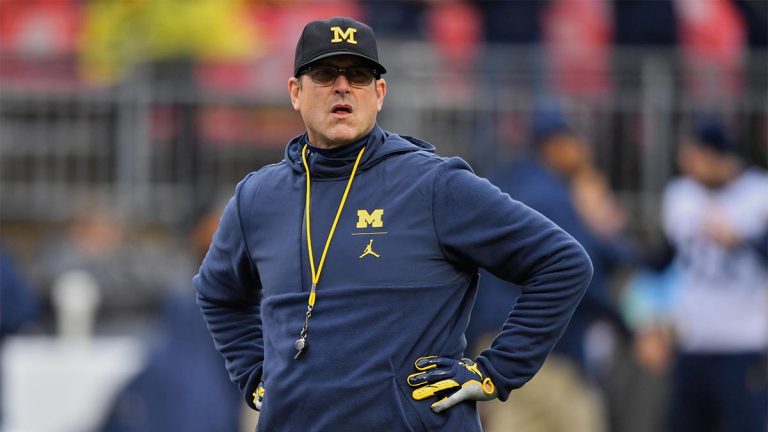 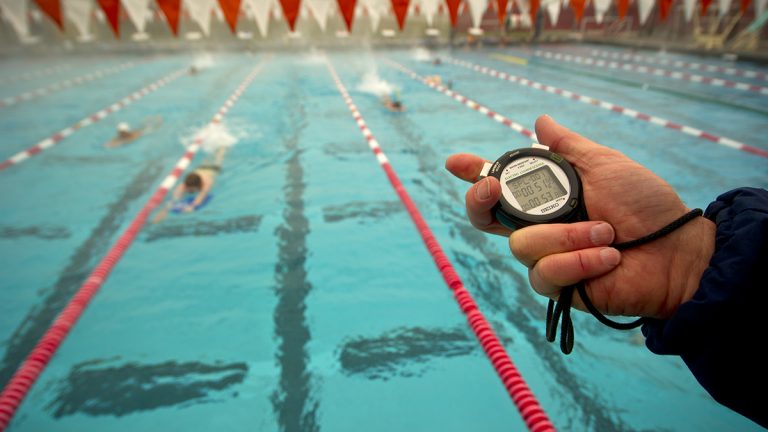 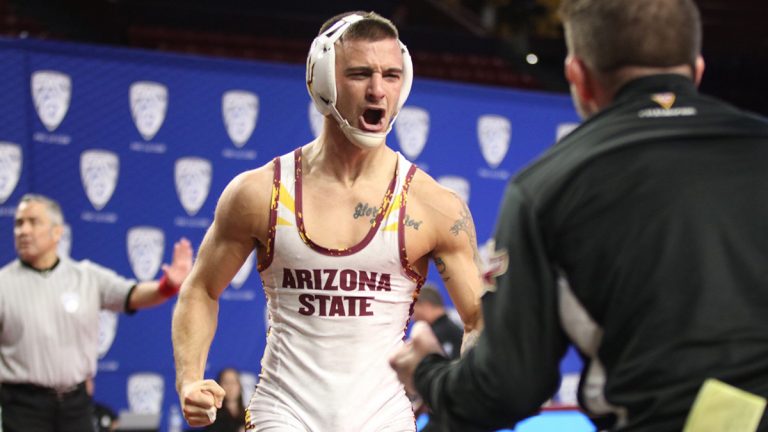 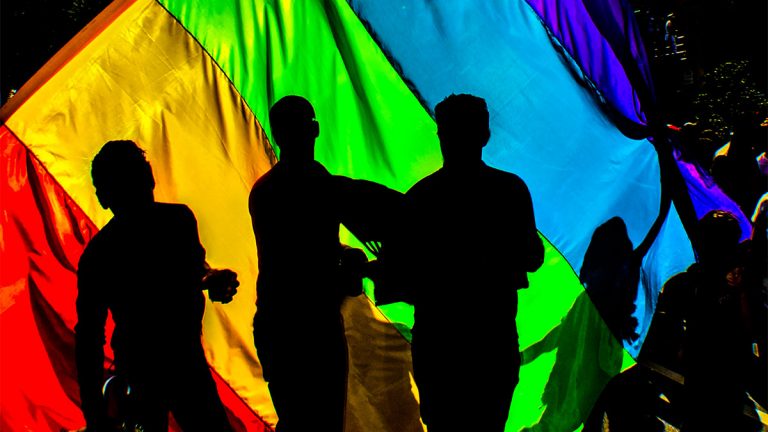