COVID-19 forced the world of sport to hit pause. Global experts weighed in on how different regions are handling the crisis, and what this pause could mean for a 'reset moment' in sport.

The first Around the World: COVID-19 + Sport Panel brought some of the best minds together for a conversation on how different regions of the world are dealing with the COVID-19 outbreak.

The conversation was moderated by Kenneth Shropshire, CEO of the Global Sport Institute, and joined by global speakers:

Is too much money a problem?

Billions of dollars are tied into professional sports across every continent. Does that stop leagues from listening to health professionals until it’s too late?

“There is a genuine concern around ‘is money dominating more than anything else?’,” Simon Chadwick said regarding sporting events continuing despite the pandemic.

“Ok, so let’s reset (to when sports mean more than money). Reset to what? Ten years ago? Twenty years ago? To the mid-20th century? There’s also the issue around, ‘Ok, so we agreed to reset, who is going to do that?’. There are some political and ideological questions there about how we are talking about sports industries? Are we talking about commercial partners? Sports governing bodies?”

“There are some really fundamental questions right now being thrown up by the virus that right now we are not answering, but in the future we need to.”

The financial push to keep sports alive during a global catastrophe is nuanced, argued one panelist.

“I think we should be a little cautious about romanticizing the reset that’s coming, especially when you think of areas of the world like Latin America,” Andres Martinez said. “In times of prosperity in professional sport in Latin America like everywhere else, we are very focused on inequality.

“But, when the prosperity ends and the markets bust, what often follows is greater preoccupations and inequalities, equality distributed poverty and scarcity. For example, in the last few years in Latin America, we have had the beginnings of a viable women's football league in countries like Mexico, Peru and Argentina.

“When I think about the reset that’s going to come when these leagues are decimated and we have a financial crisis in these emerging sports markets, I think the first things that are going to go (are those teams).”

Alongside the subsidizing of women’s sports is the grassroots programs that are paid for by the commercial aspects of these sports, Stephen Ross said.

He noted that outside of the northern rich sports, there is a very strong connection between grassroots programs and commercially profitable leagues that provide opportunities to underprivileged children who can’t afford equipment or private club fees.

“One of the things I think there might be an opportunity to reset in the wealthy countries is to think about what are the obligations of the commercial leagues,” Ross said.

“And whether it’s time to start expecting there to be a link which would not only be socially responsible, but in the long run help the commercial leagues fight off critiques of commercialization because then anyone who objects to the commercialization, (the league shows it shares money to those who need it most).”

Much needed talk on the state of sport around the world from the Global Sport Institute at Arizona State University ⁦@GlobalSportMtrs⁩ #GlobalSportMatters pic.twitter.com/AhIvvw5ymt

When can we see sports return and what is next?

“We need to listen to medical experts,” James Skinner said, amongst a consensus from the rest of the panel. “It’s going to be a gradualized process, people will come back slowly, they will lift the restrictions gradually. I can’t see us waking up one morning and everything is back.”

“Even when we talk about coming back, we still don’t know if there is going to be a second wave according to the seasons around the world,” Tracey Holmes said. “All of those issues are still to be determined. Some people have suggested (sports) come back slowly, it comes back without crowds until you can guarantee everyone is going to be clean and not get reinfected.

“I don’t want us to get back to normal, I want us to redefine normal and be better when we come back.”

“I don’t want us to get back to normal, I want us to redefine normal and be better when we come back.”

“What I’m not hearing from a lot of people is, what happens next?” Chadwick said. “I challenge everybody who is here, for the next five years, what is your manifesto for sport? We talked about resetting sport, getting more access, not forgetting certain communities, contracts, broadcasters etc.

“I think we need to break out of this current situation. I know it’s really important, it’s a crisis and an emergency, I know those things, But at some stage we are going to have to start looking forward and looking at what is next.” 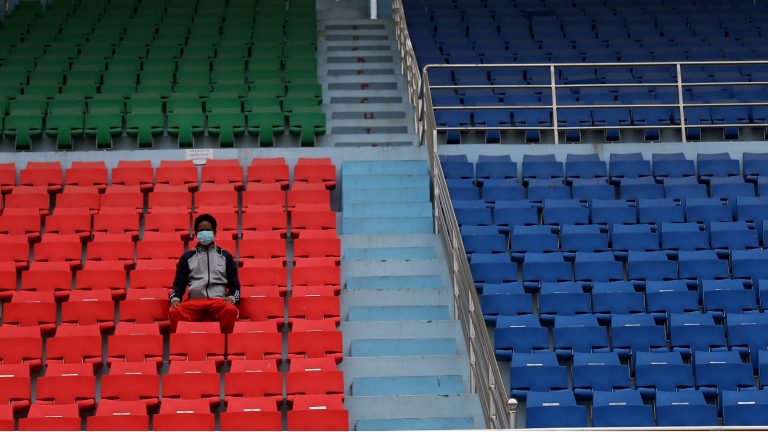 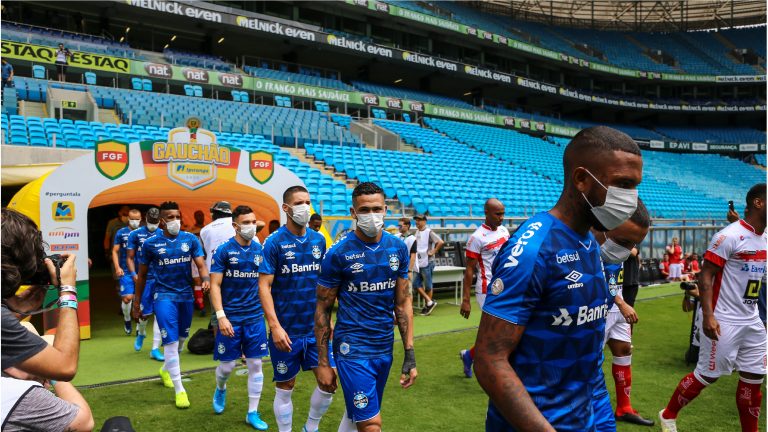 Around the World: COVID-19 and Sport Panel