Girls drop out of sports participation early but girls and women of color face greater barriers to participation than their white counterparts.

For good reasons, there has been a growing movement to improve youth coaching, with special attention now being paid to girls. While youth sports participation has been increasing, last year marked the first decline in 30 years.

The Positive Coaching Alliance (PCA), founded in 1998, is a national organization that provides training and certifications for youth coaches, athletes and their parents. And while there are many other organizations doing similar work, the problem is that a one-size-fits-all model is insufficient.

In mid-September, the first national youth sports strategy was released by the U.S.Department of Health and Human Services. The strategy offers new data from various studies and finds that girls not only lag behind boys by about 5% in sport teams participation or lessons outside of school, but girls also drop out at a much higher rate.

The HHS strategy aims to ensure that all youth have the opportunity, motivation, and access to play sports – regardless of their race, ethnicity, sex, ability or ZIP code.

Economic differences in the U.S. lead to what you’d expect — the wealthiest participate at the highest level — because most kids have to pay to play in school or clubs. Up2Us, another national coaching organization, trains coaches to work with girls and boys from vulnerable populations.

However, gender and class are not the only differences that matter in kids’ sporting experiences. In the strategy there are significant racial differences reported for boys and girls. Blacks lag behind Latinos, Asians and behind whites by as much as 25% in terms of sports team participation or sports lessons after school or on weekends. And yet, the growing number of coaching initiatives and curriculums like the one developed by PCA or Up2Us fail to give sufficient attention to race and ethnic differences, which only adds to the widening gap in participation rates, within gender and between races and ethnicities. But there is little research to understand the problems of coaching, bad experiences, and what athletes of color face when in the minority. Girls/Women of color often experience multiple “-isms” and stereotypes that are unique and intermingled — like racism and sexism at some of the top women’s basketball programs like Illinois and North Carolina. A multifaceted and inclusive approach must be developed and executed if we want to reduce the gaps and improve kids’ sporting experiences.

Sociologist Everett C. Hughes described race, gender and class as status characteristics, with race and then gender being master status characteristics in our society that override all others. A doctor is described as a black doctor or woman/female doctor, with the generic term "doctors" referring to white male doctors. It's not just a description though, being Asian, Latina, muslim or black and being a woman or a person with physical or cognitive challenges comes with institutionalized forms of discrimination when they interact as the minority. Similarly, girls and women athletes of color experience disparate treatment in many contexts when they are in white space — as sociologist Elijah Anderson describes as the overwhelmingly white, wider society found in exclusive or near exclusive white social contexts, i.e. neighborhoods, schools, restaurants, workplaces and even sports teams.

Blacks lag behind Latinos, Asians and behind whites by as much as 25% in terms of sports team participation or sports lessons after school or on weekends.

White space is a perceptual category for all, whether realized or not. It is where whiteness is normative. Those uncomfortable in this space approach with care, adjusting themselves accordingly, having been taught or having experienced uneasiness, hypersurveillance and exclusion. Many whites remain oblivious to white space and its massive bubble, except when the proverbial shoe is put on the other foot and they find themselves in the numerical and cultural minority, such as whites in black space. The black space has its own peculiarity. Linked to old notions of black inferiority; it is unavoidably connected to the ghetto, what Anderson calls the “iconic ghetto.”And, whites often unintentionally say or do things that indicate that they see a black person as different and inferior, which reminds blacks that they don't belong.

I have begun to conduct preliminary research on this matter. I met with some black high school girls to learn about their athletic experiences at an overwhelmingly white school. We discussed their decision to attend the school and their relationships with coaches, teammates, parents, teachers, even with referees and opposing teams, parents. We talked about what would be best for them, that the space would be welcoming, and that they would improve as people, students and athletes due to the level of staff expertise, the school's track record of academic excellence and resources. These high school girls had mixed feelings about their experiences. All of them recounted feeling isolated, invisible, objectified and stereotyped.

For instance, teammates hosted parties and hung out but didn't invite them. Sometimes they did get an obligatory, last-minute invitation, but it was clear that the black girls were not into the same fun. Snapchat stories sent to the whole team depicted drunk girls rapping unfiltered, filled with N-bombs. When the girls of color confronted teammates they were cast as the troublemakers and told to "chill out" or "don't be so sensitive."

The girls said their coaches varied in their responses, protection and support. Sometimes new rules were set, which only alienated the black girls more — they were different and made changes necessary. Other times they were told that the matter would be handled and they either noticed a change temporarily or never noticed a difference. Teammates made comments about their "natural" athleticism and assumed that the black girls were athletes and not high-achieving students.

These black girls faced hostile opponents, coaches and referees. Racial slurs were hurled in whispers and audibly, and the girls often had to manage themselves with little to no support from their own side. They were told to be mentally tough, not to let others get to them. They were called out for "losing their head" if they had a symmetrical response.

There’s also inhospitable sports environments for lesbians — “no-lesbian” college teams and where athletic departments issue gag orders, banning lesbians from speaking openly about their sexual identity. Consistent with findings from the general population of student-athletes, LGBTQ students who played on school-based sports teams reported better academic and mental health outcomes compared to LGBT students who did not participate in sports.

Women of color who are disabled face yet a third type of discrimination. The limited available statistics suggest that economically, socially, and psychologically, women with disabilities fare considerably worse than either non-disabled women or disabled men. The national news rarely features women athletes who have overcome disability barriers. This lack of attention creates few disabled female athlete role models.

Inclusion should be at the core of coaching guides, initiatives and curriculums, not an add-on. It is not enough to say “be aware of context,” which may come off as pandering. Instead, there are deeper things to consider, like who befriends whom, how are certain girls excluded from cliques, and “Why Are All the Black kids (girls of color) Sitting Together in the Cafeteria?”

The limited available statistics suggest that economically, socially, and psychologically, women with disabilities fare considerably worse than either non-disabled women or disabled men.

Coaches need to learn what racism and classism and gender identity/sexual identity exclusion look like inside teams, in everyday team situations, and in games. Curriculum should answer important questions like: What is a coach to do when girls of color do not feel like they can speak out about team/white girl culture (i.e. singing rap songs and using the N-word — like what happened with the Virginia Tech women’s lacrosse team).

It should highlight common indicators of racial discrimination: when girls of color are told they are being too sensitive, told to move on, told that there is nothing that can (will) be done after teammates have done something offensive. Coaches should be told how it makes girls feel when these violations are ignored by coaches. Silence is not an indication of girls’ satisfaction. In fact, it may signal that they have lost faith in their coach and are distancing themselves from their teammates to protect themselves.

With a growing need and emphasis on inclusion, it is important that a curriculum addresses gender AND inclusion within gender throughout the curriculum, not simply in a section or two. Inclusion is not just about the people who do not belong to the dominant group. A true understanding of inclusion recognizes that each of us is diverse, although greater weight is given to certain categories (male, white, middle class, Christian), and this helps people to find commonality in other areas because they are not simply connecting based on race or class or gender or religion or ability or sexuality.

Scott N. Brooks is the Director of Research at the Global Sport Institute and Associate Professor of Sociology at Arizona State University. He has coached and researched youth sports for 20 years. His book Black Men Can’t Shoot is based on coaching boys basketball in Philadelphia and he is currently studying the experiences of young girls of color on white sports teams. 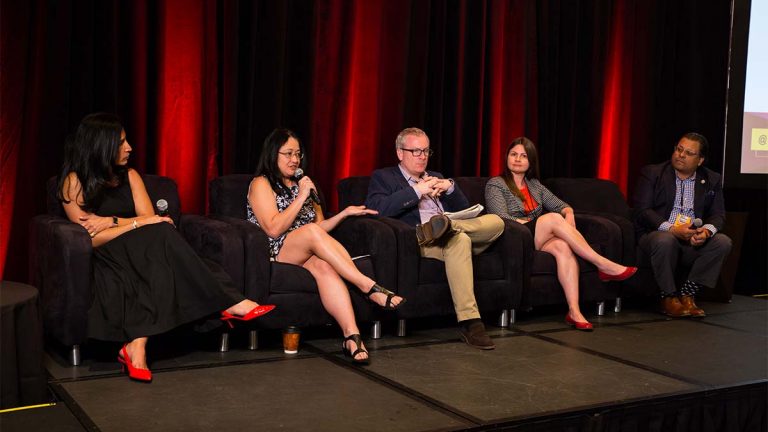 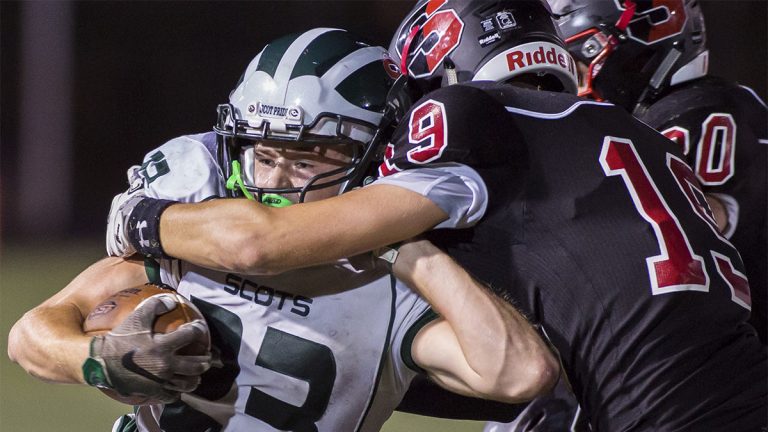 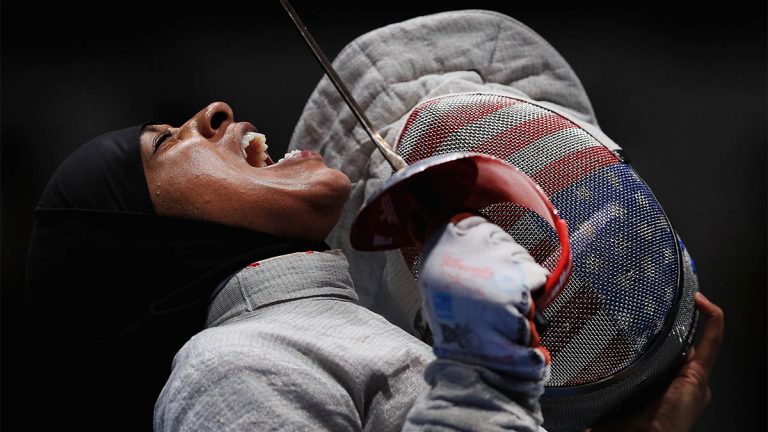