The bonds between female athletes - whether celebrating each other after victory on the track or in short-story fiction - is a celebration of power.

The World Athletics Championships concluded earlier this month, and who was – and was not – competing in Doha, Qatar, got me thinking about the deep bonds formed through elite competition, particularly among women athletes.

The women’s 800-meter race proved thrilling as always with Ugandan Halimah Nakaayi taking gold in 1:58.04, a new national record, and Americans Raevyn Rogers and Ajeé Wilson earning silver and bronze. A viral photo of fourth-place-finisher Winnie Nanyondo of Uganda celebrating her countrywoman’s title – to the point that if you just saw the celebration without the race, you wouldn’t know which athlete won – showcases the powerful connections women develop through the pain, vulnerability, and excellence of athletic achievement.

Returning to one of my favorite pieces of fiction related to elite women’s sport, “The Starfish Girl,” by Maureen McHugh – thanks to the release of Future Tense Fiction: Stories of Tomorrow, an anthology of sci-fi short stories – has heightened my attentiveness to the power and possibility of these bonds.

In the summer of 2018 I had the privilege to write a response essay to McHugh’s beautiful story, about whether a medical treatment an elite gymnast named Jinky Mendoza receives after injury qualifies as unfair performance enhancement. The Olympic hopeful over-rotates during a routine vault in practice, causing a debilitating spine fracture that leaves her paralyzed from the neck down. To try to regain mobility, she makes the difficult decision to undergo a “radical new medical procedure,” allowing doctors to insert starfish DNA into her cells. The invertebrate’s genes “turn on” her body’s dormant ability to repair its own limbs, allowing her to begin an excruciating path to healing and recovery. McHugh’s story poses the question: Does the aid of the starfish DNA somehow make her not “human” enough to fairly compete?

“The Starfish Girl” captures the intimate world of elite athletics: the pressure and talent and hard work and dedication and singular focus it takes to be among the world’s best. We see the power dynamics in which decisions about athletes’ bodies are made by sports governing bodies. And that no matter how hard an athlete works to control every little thing related to optimizing performance, at the end of the day, the biggest decisions are beyond her control and she is left powerless at the hands of people who might not like or care about her, or see her as fully human.

Strangely, in Doha, three women’s 800-meter medal ceremonies took place. The International Association of Athletics Federations, the international governing body of track and field, decided to hold medal reallocation ceremonies for the 2011 and 2013 championships. Russian Mariya Savinova was stripped of her medals from those championships after being caught on tape discussing her use of performance-enhancing drugs and, later, testing positive.

Uganda’s Halimah Nakaayi (R) celebrates and dances with Uganda’s Winnie Nanyondo after winning in the Women’s 800m final at the #IAAFDoha2019 on September 30, 2019. PHOTO AFP#Uganda pic.twitter.com/Gcz5gzdMjU

And so it happened, in a virtually empty stadium on the Persian Gulf, American Alysia Montaño, who, like Nanyondo, finished off the podium in fourth place, in both 2011 and 2013, finally held her bronze medals.  The other women who received their medal upgrades at least got to enjoy becoming World medalists in the moment, taking their victory laps and relishing the joy of the achievement, celebrating with friends and family, and capitalizing on the significant brand boost, performance bonuses, and improved endorsement earnings.

Montaño experienced a mixed slurry of emotions as she stood for the first ceremony on that podium in Doha along with new-silver-medalist Kenyan Janeth Jepkosgei. But Montaño is a fighter for justice. She is a relentless voice in the campaign for clean sport. She works to raise awareness about prepartum and postpartum woman athlete exercise and well-being.  And she, notoriously, took on Nike when the company was peddling feminist wokeness while reducing or suspending the woman athletes it sponsored when they became pregnant. Still, the emotional expression that came through most on Montaño’s face was, sadly, despair. Even as she tried to smile.

And then, during the second 2013 medal ceremony, fellow American and new-silver-medalist Brenda Martinez joined her on the podium, and it seemed as if Martinez’s presence could now allow Montaño to feel and experience the positive emotions.  These women, who would have done absolutely anything to get her body across the finish line before the other in that race six years prior, understood each other more than any other person on the planet in that moment.

Returning to Maureen McHugh’s story, I have been struck by how “The Starfish Girl” is as much about the powerful bond women athletes develop as it is about medical intervention and performance enhancement.

Jinky’s fate rests with the International Olympic Committee as its leadership determines whether her starfish DNA treatment renders her ineligible to compete in the Olympic Games. She tries to remain positive and go about her business as usual, training and competing and prehabbing and rehabbing and fulfilling media obligations. “Living the life” as it’s known in the elite athlete community.

It is an isolated, lonely and incredibly challenging endeavor. But then Jinky’s greatest rival and would-be competitor in the Olympics, Svetlana Moracheva of Russia, becomes her strongest ally and the person with whom she feels the deepest connection.

They are bonded by the devastation of injury, and the discomfort caused by not knowing whether they will be allowed to continue to do what they love and what they know they are meant to do — compete at the highest levels of elite gymnastics.

Honored to have shared this moment with @bmartrun. Read what Brenda had to say below, literal waterworks right now, that was special. ??.
•
“I wanted to go through that again the right way, I wanted to see the American flag go up and have Alysia by m… https://t.co/BlLZLPxjmt pic.twitter.com/NcqTa1H2Qh

Like Jinky, Svetlana underwent a risky medical procedure in the “gray area” of the sports governing bodies’ rules.  After Svetlana, like Jinky, experiences what could have been a career-ending injury – multiple torn ligaments in her knee – she elects to undergo a controversial procedure to speed up her recovery and return to competition in an Olympic year. But unlike Jinky, Svetlana had her own DNA edited and used in her procedure.

Together, these powerful female athletes make peace with their powerlessness.

Jinky and Svetlana’s bond is at the heart of Maureen McHugh’s story.

As a retired athlete and now a sports historian, I’ve been deeply moved by the bond among women athletes that has been on display throughout the past year, in gymnastics, soccer, basketball, and my sport, track and field.

Let’s be real.  A lot of %^&* has gone down in elite women’s sport the past couple years. In gymnastics, we’ve seen a national federation (USA Gymnastics) and institution of higher education (Michigan State University) enable a man to do great harm. And incredibly strong women force a reckoning and national conversation about sexual abuse. Phew, do I admire these women.

In soccer, we’ve seen another national federation (U.S. Soccer) try to rationalize the underfunding and underpromoting of its most successful team and product: the U.S. Women’s National Team. And then these women went out and won a World Cup, and used that platform to advocate for the lifting up and equal rights of others. Phew, do I admire these women.

In track and field, we’ve seen debates around unfair competitive advantages, and the policing and punishing of women athlete bodies—from pregnancy to elevated testosterone. We’ve also seen redemption for a woman athlete whistleblower, Kara Goucher, who took incredible risk to do right by her sport. Her former coach, the Nike Oregon Project’s Alberto Salazar, was just issued a four-year ban for violating anti-doping rules.

What seems to have gotten these women through the @#$%? Often, their deep connections with the only people who can truly understand: other elite female athletes, including their competitors. Just like Jinky and Svetlana.

Therein lies the power and transcendence of Maureen McHugh’s story.

Yet still, perhaps the greatest tragedy of the 2019 World Championships was that the world’s best female 800-meter runner – arguably the toughest woman athlete on the planet, considering what she has endured – was not there to defend her 2017 gold. And since she was not competing, she also was not there to collect her gold-medal upgrade from the 2011 championships, alongside Montaño.

Caster Semenya, after a decade of persecution, refused to concede to the IAAF and modify her body to be eligible to compete. Semenya has naturally occurring, elevated testosterone which the IAAF has controversially determined to be a competitive advantage, deeming her ineligible for the “women’s category” of competition.

I am the girl from the South African bush, who is the most powerful runner in the world. My story on @PlayersTribune @POWERADE #ad https://t.co/EEdZlo6p4C pic.twitter.com/LiJUp06SgH

Semenya has not abandoned her fight, nor given up on her dream to win yet another Olympic gold. She continues to challenge what many see as harmful rules supported by bad science through the Swiss Federal Tribunal, and is hopeful for a positive ruling in time for the Tokyo 2020 Olympic Games. She even has signed to play with a Johannesburg-based football (soccer) club, JVW FC, that has embraced her when the track and field power brokers have effectively kicked her out.

Perhaps the brightest story of allyship through this struggle emerged when a former competitor, Australian Madeleine Pape, spoke out on Semenya’s behalf, in support of her right to compete, as she is, as a woman.

Pape did so by writing for The Guardian and directly calling out the head of the IAAF, Sebastian Coe, for denying women with high testosterone the right to participate. She demanded he take the lead in “creating a sporting environment in which it becomes possible to truly recognize women with high testosterone as the ‘humans, daughters, and sisters’ [as he] claims them to be.” That hasn’t happened. But Pape’s words, speaking from the experiences of sharing a track with Semenya, matter.

Like Jinky Mendoza waiting to learn her fate from the IOC, as its board determines whether her starfish DNA-infused body has been deemed “human enough” for competition, Caster Semenya has been told for the past decade that her body is not “woman enough” to qualify for the women’s category.  I’m glad Semenya refuses to listen to these words, despite the power of the voices behind them.

I fear that too many people with decision-making power also don’t see her as human.  By denying Semenya her humanity, the task of ruining a fellow human’s dreams and taking away her right to compete becomes easier.

Too often we see human rights icons despised in the moment and celebrated and cherished decades later. Let’s remember to still be angry as we are joyous – much like Montaño on that podium in Doha – in 30 years when Semenya is held up as a human rights icon.

Victoria Jackson is a sports historian and clinical assistant professor of history at Arizona State University.  She is a former NCAA champion and retired professional runner. 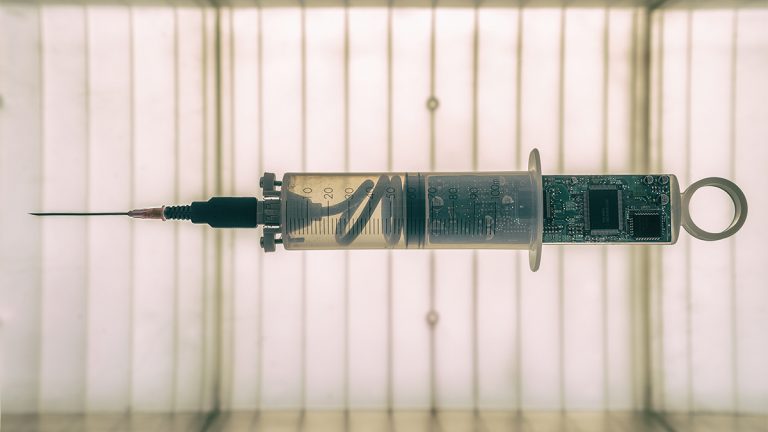 How should officials decide when cutting-edge medical interventions for athletes cross the line? 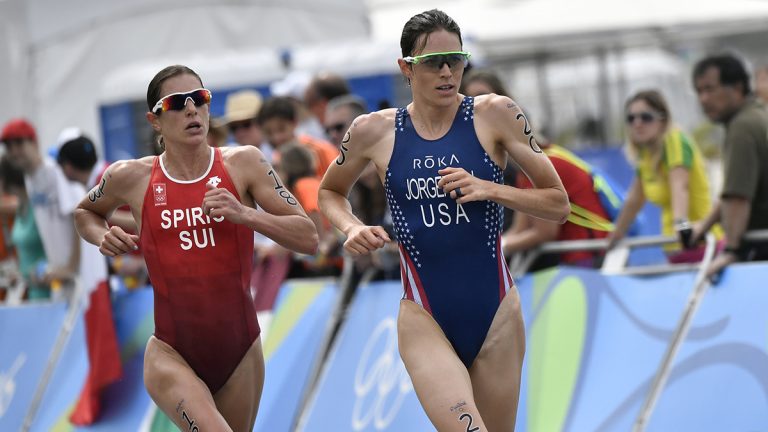 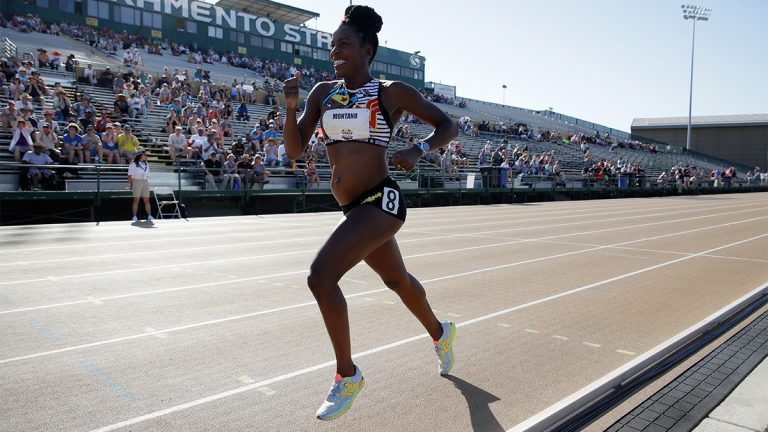