Olympique Lyonnais and F.C. Barçelona are raising the bar for women's football in Europe, but the foundation the clubs have built isn't being replicated around the world - yet.

Olympique Lyonnais beat F.C. Barçelona 3-1 in this month’s UEFA Women’s Champions League, ending a groundbreaking run for the Catalan side. It was a fitting if disappointing end for Barçelona’s triumphant season. After going undefeated on their way to a La Liga title and breaking attendance records at Camp Nou all year, this loss against Lyon, the French side that has now won a record eight Champions League trophies, showed that while Barçelona may now be in Lyon’s class when it comes to investment and popularity, they cannot yet match Lyon’s brilliance on the pitch.

Despite the lopsided result, both clubs have made undeniable waves in the sport due to incredible dominance in their respective leagues, unprecedented and growing fan support, and historic viewing numbers.

But why is it just these two sides? What can others do to rise to Lyon and Barçelona's level, elevating the women’s game for football fans? To answer that question, we have to look at what separates these clubs from the rest.

Clubs in England and Germany have finally started to get the hint that there is a genuine interest in the game, and that they'd benefit financially from fully backing their women's teams. Barçelona is clearly embracing this mentality, too. But Lyon got the memo early, and they're reaping the rewards for it.

French entrepreneur Jean-Michel Aulas has owned Lyon since 1987, making him one of the longest-serving owners and acting presidents in European soccer. Aulas has been questioned for his aggressiveness in the player market and his lack of etiquette when speaking about other teams to the press, but absolutely no one can say that he isn't passionate, nor that he does not care about the success of his entire club.

Before he acquired the women's team in 2004, they lingered in semi-professional leagues with little to no organized fan base. Aulas saw the purchase as an opportunity to create the first women's club soccer super team.

"I thought that the best way to address these issues [in the women's game] was to fight to get comparable and equal treatment between all players regardless of their gender by providing full and equal investment in equipment, infrastructure and logistics and [at Olympique Lyonnais] we had the means to make this happen," Aulas said.

Aulas hired the world’s best scouts to find the best French talent in the game to ensure that Lyon dominated their domestic league. That soon expanded to finding the best players in Europe and beyond, and convincing them to be a part of the team’s project.

To do that, Aulas had to make Lyon a premier international destination and ensure that even though certain players would be far from home or outside of their comfort zone, they would be fools to pass up the opportunity to play for his club.

He did this two ways:

It worked. Seven of France's squad during the FIFA Women's World Cup in 2019 were Lyon players, the most of any club. Over the years, Lyon has successfully attracted some of the best players from around the world: Saki Kumagai, Lucy Bronze, Megan Rapione, and of course, Ada Hegerberg, the inaugural winner of the Ballon d'Or Féminin in 2018, who scored and registered an assist against Barça during the Champions League final.

In one particularly aggressive recruitment charge, Aulas took to Twitter to woo U.S. Women’s National Team star Alex Morgan. Aulas would reply to Morgan’s tweets saying things like "the best American players could play with the best team in Europe: OL,” or simply tag her in tweets from the Lyon account after big wins. This worked, too. Morgan eventually signed a six-year contract with the club in 2017 and helped the team win three trophies.

Aulas' goal with the women's team is clear as day: to constantly improve. And the fact that he's willing to put money where his mouth is has meant that Lyon have remained untouched at the top of the women's soccer pyramid for a very long time. Commenting on Barçelona’s push into the final over the weekend, Hegerberg told the media that "there was football before Barçelona. And it was played here [in Lyon]."

While this month’s Champions League victory proves that Lyon remains the class of women’s football, Barçelona are making a strong charge to bridge that gap.

Barçelona are undoubtedly the team of the moment, with their crowds going viral each matchday on social media and even Sports Illustrated flying across the pond to report on the momentum behind the club. The team plays expansively–meaning that with the ball, the players set up in a way to make the field as big as possible, allowing more room for attacking plays, and giving players the freedom to express themselves on the pitch. Only the best players can successfully win football matches with an expansive style of play; it is a bonus that fans of the game find it incredibly entertaining as well.

And while Barcelona may not have the history that Lyon do, having only won their first league title in 2011 after a period when the team were relegated to the second division of La Liga, they are certainly making up for the lost time. Since their professionalization in 2015, Barça have won league titles and cup competitions, achieved record-breaking attendances in club soccer not once, but twice, and have earned the recognition as one of the best teams on the planet.

Related: Having Beaten the Pandemic, the NWSL is Promoted to Big Leagues

But Barcelona’s path toward dominance looks different than Lyon’s. The team has prioritized looking at players from within. Young girls are now welcomed into La Masia, the club's youth academy, where they're coached alongside the boys in their age group and taught the famous 'Barça DNA' tactics, a style of play that prioritizes creating goal-scoring opportunities from fast attacks, but also finding the back of the net after long spells of possessions.

Barça did not have someone like Aulas in their corner, fighting for big-name signings and top-class facilities. Instead, the team had to make do with what–make that who–they did have: Markel Zubizarreta, who was initially brought on as the head of women's soccer management before being elevated to the club's general manager.

"We had really good academy players, but they were coming from a point of view of football that was nonprofessional. So first of all, what we tried to do is build the staff that can make all these differences. Coaching, tactics, medical services, psychology, nutritionists, people from the press media. Anything we can do to have the environment so we can reach other levels."

The club went about providing the best coaches, analysts, and medical staff money could buy in order to give the players all the right tools they needed to succeed. It certainly wasn't an instant change. But the club were insistent on being patient and trusting their plan. "That's freedom," said Zubizarreta. The board was happy to wait for results, rather than just rush their attempts at success.

The effort slowly paid off. When the team brutally lost in the 2019 Champions League final, training sessions became even more rigid, and a nutritionist was brought in to personalize diets for individual players. The result was a Champions League win the following year.

The team is undoubtedly the best in Spain, and their success has garnered the attention of fans worldwide. Barcelona is using that momentum to their advantage by broadcasting their matches on Barça TV+, going straight to viewers to capitalize on the interest in women’s matches. Sports broadcaster DAZN did the same for the Women’s Champions League and attracted millions of viewers on their free YouTube channel. While it is unclear exactly how much money Barçelona brought in this way since launching the service, it is the only big club consistently broadcasting games this way, giving it yet another advantage – an extra revenue source that other clubs ignore.

So What About the Rest?

Lyon and Barca may be run differently, but what separates these two teams from the rest is that they have created a culture in which a soccer team can truly thrive into the future.

For many other women’s soccer clubs, a few bad months can lead to funding drying up, which then results in permanent regression. We’ve seen that with teams like Liverpool, Eintracht Frankfurt, and Umeå IK, all of which stagnated after initial success in their respective leagues and Europe. By contrast, Lyon and Barça have made consistent investments—and enjoyed long-lasting results.

Other clubs may be closing the gap in this area. Chelsea, Bayern, and Paris Saint-Germain are among the more high-profile sides to inject funds into their women's teams in recent years, and their efforts certainly should not be defined as hollow.

However, Lyon and Barçelona go that extra mile by ensuring that there is complete backing on the commercial side, with dedicated attention from the club’s marketing and content teams. The support is also consistent–and public. Aulas attends several Lyon matches a season, and former Barça legends and current board members have gotten fully behind supporting their project.

Fans of other teams may look at the two clubs and hope that their sides will one day reach these heights. Neutrals will wish that another team would come in, simply because they’ll become bored of watching the same teams thrash everyone 4-0.

But Olympique Lyonnais and Barçelona won’t care. They’re happy to just increase the gap, and keep winning. Rival clubs don’t appear to have the tools or the desire to catch up anytime soon. 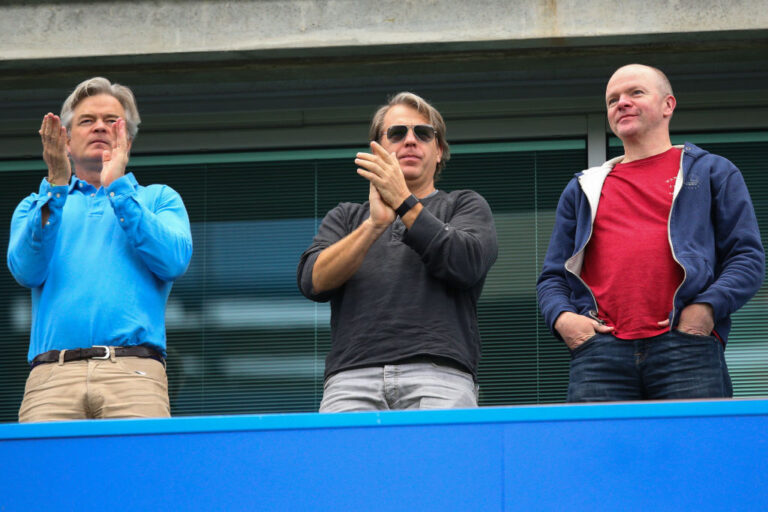