Sports organizations are savvy at using the thrill and community of sport to water down the unsavory parts of the business. ‘Greenwashing’ has become the latest attempt by sport to embellish its image.

Monthly Issue The Sustainability of Sport

Imagine your favorite sports team is selling a limited-edition jersey. The jersey is advertised as being made from 100 percent recycled materials, and 100 percent of the proceeds will benefit an environmental nonprofit. Excited to do your part for the planet, you purchase the jersey.

By itself, this would be an effective green advertising campaign. The message directly references a relationship between the product and the environment and promotes the team as being environmentally responsible.

Now imagine that several months later, you learn that although the body of the jersey was made from recycled materials, the large and environmentally-unfriendly plastic logo on the front of it was not. You feel misled. Duped, even. And your favorite team? It arguably is guilty of greenwashing.

Coined in the 1980s by environmentalist Jay Westerveld, the term “greenwashing” refers to advertising techniques that are designed to convince consumers that a company or its products and services provide environmental benefits when, in fact, this isn’t true. Think Volkswagen touting the low emissions and eco-friendly features of its vehicles while purposefully cheating on emissions tests. Or think Starbucks adopting a “straw-less lid” as part of its sustainability drive, even though said lid contained more plastic than the lid and straw combination it was replacing.

As consumers have become more environmentally conscious, greenwashing has become more commonplace and sophisticated. And the sports industry is not innocent. For example, carbon offset plans put into place by FIFA and Brazil for the 2014 and 2018 Men’s World Cups that purportedly would offset the emissions generated by soccer fans traveling from abroad to the tournaments were criticized by environmentalists as “flawed” and “hot air.”

You’re a sports fan. You care about the environment. What do you need to know about greenwashing?

Why Are Companies Engaging in Greenwashing?

It’s simple: Customers often vote with their wallets. A corporate social responsibility report by Cone Communications indicated that 87 percent of consumers would “purchase a product because a company advocated for an issue they cared about” and “more than 75 percent would refuse to purchase a product if they found out a company supported an issue contrary to their beliefs.”

Eco-friendly consumers want to know how products are made and the impact they have on the environment. They also are more inclined to support organizations who are taking steps to protect the environment. By greenwashing, businesses can potentially mislead those consumers into purchases they would not have otherwise made.

How Does Greenwashing Work?

Greenwashing usually occurs when a company:

For an example outside of sports, consider the automobile manufacturer Hyundai, which in the United Kingdom advertised its NEXO fuel cell vehicle as “a car so beautifully clean, it purifies the air as it goes.” As a hydrogen-powered car that produces its own electricity by combining oxygen and hydrogen within a fuel cell, the NEXO does not release exhaust fumes like a traditional combustion engine. Moreover, it does have an air filter that removes fine dust and gasses before they reach its fuel cell. However, the U.K.’s advertising regulatory body still banned the ad because the NEXO does emit particulates from brake and tire wear that are a significant source of air pollution.

Similarly, Adidas launched a sustainability campaign in March 2021 with Kermit the Frog and former tennis player Stan Smith to promote its efforts of going green with the Adidas Originals line of sneakers. The line used Adidas’ Primegreen material made from 50 percent recyclables, along with a recycled rubber sole. The shoe also included a logo including the text “End Plastic Waste.” The campaign promoted Adidas’ commitment to eliminate its plastic waste and its goal to use 100 percent recycled polyester in their products by 2024.

All of this appeared to be a positive step for the company, which has a sustainability statement focused on making products that are good for athletes as well as the planet. Last September, however, France’s advertising ethics professional regulatory agency, the Jury de Déontologie Publicitaire (JDP), ruled that Adidas’ advertisement for the Stan Smith sneaker violated advertising rules and was misleading to consumers. Specifically, the “Stan Smith Forever. 100% iconic, 50% recycled” advertisement did not inform consumers of the total proportion of the shoe that was recycled. In addition, the JDP argued “at the end of its life, a discarded [sneaker] will add to the mass of non-recycled plastic waste and, in all likelihood, fuel result in pollution … it cannot, therefore, be claimed that the marketing of these shoes would constitute a means of putting an end to plastic waste.”

Are Greenwashing and “Sportswashing” the Same Thing?

Not exactly. “Sportswashing” refers to the practice of laundering one’s reputation through sports. It is often employed by international bad actors.

However, it’s possible for greenwashing and sportswashing to go hand in hand. For instance, a report by the New Weather Institute examining advertising and sponsorship deals for sports teams and organizations found over 250 partnerships with airline, gas, oil, and automotive companies that were identified as major environmental polluters. These deals spanned 13 sports, with international soccer having the most at 57. The report characterized these partnerships as efforts by said polluters to promote an image of advocating for healthy activity, all while their businesses contribute to environmental degradation and climate change.

How Can I Tell the Difference Between Greenwashing and Real Sustainability Efforts in Sports?

To become more savvy in differentiating greenwashing and real sustainability efforts in sports, take time to educate yourself about environmental lingo and the types of claims made by advertisers and marketers. The Federal Trade Commission has good resources on Environmental Marketing and Eco-Friendly and Green Marketing Claims.

Also understand that not all sports teams and organizations engaging in green advertising are misleading consumers. Patagonia, a U.S. outdoor clothing brand, says in its marketing that 72 percent of the company’s line uses recycled materials. These include recycled polyester and recycled nylon. In 2019, the company received the United Nations’ Champions of the Earth award. Since 1986, the company “has contributed at least 1 percent of its annual sales to the preservation and restoration of the natural environment.”

Mercedes Benz stadium in Atlanta was the first professional sports stadium in the United States to receive Leadership in Energy and Environmental Design (LEED) Platinum certification. The facility has a stormwater management system that collects 2.1 million gallons of rainwater on site. This water is used for facility cooling and irrigation. The stadium also has a 1.1 million-gallon underground stormwater vault, which is designed to help prevent flooding in the neighboring communities.

Sports leagues have developed initiatives to support sustainability and environmental efforts. The National Hockey League has NHL Green, which works to reduce the league's environmental impact through projects such as its Food Recovery Initiative, Gallons for Goals™ water restoration program, and the Legacy Tree Project that plants trees in NHL Draft host cities.

The National Football League has an NFL Green Team, which developed a comprehensive green program used by the league and its teams. For each Super Bowl, the NFL partners with the local communities to implement various sustainability projects. These initiatives are focused on solid-waste management, material reuse, food recovery, sports equipment and book donations, and greenhouse gas reduction.

Soccer teams are also adopting more eco-friendly efforts. The Forest Green Rovers, a fourth-tier English soccer club, was named by FIFA as the greenest club in soccer. In December 2019, the club proposed building a new facility called Eco Park. Approved by the Stroud District Council, the facility will be built primarily from wood and will include “two additional football pitches, including one with an all-weather 4G surface. Around 500 trees and 1.1 miles of hedgerows will be planted at the site to promote biodiversity. Electric vehicle and bike charging stations also will be available at the stadium.

How Can Consumers Hold Sports Teams and Organizations Accountable for Greenwashing and Encourage Legitimate Sustainability Efforts?

Government organizations and regulatory agencies around the world are working to protect consumers from the effects of greenwashing. Similar to the British and French agencies mentioned previously, the Federal Trade Commission (FTC) in the U.S. investigates corporate practices of unfair competition and false advertising.

To provide companies with guidance on best practices for promoting environmental products, the FTC has developed the Green Guides. First issued in 1992 and revised since, the guides state environmental claims must be truthful and not deceptive. Marketers must use “clear and prominent language” regarding environmental benefits, and any claims must be substantiated with competent and reliable scientific evidence. The guides address terms used by marketers such as recyclable, compostable, degradable, free-of-claims, non-toxic claims, and ozone-friendly. In particular, the guides advise on when and how these claims should be communicated to consumers. The guides also include information for businesses on the use of green certifications and seals, claims regarding renewable energy and materials, and carbon offsets. For instance, if a certification or seal is used, marketers must communicate the basis for the certification.

It is important to understand the Green Guides are not rules or regulations. They identify the types of environmental claims the FTC may find deceptive under the Federal Trade Commission Act. The act grants the FTC enforcement authority to address advertising violations. Enforcement actions may include modification, substantiation, and/or discontinued use of an advertisement and fines. This year, the FTC will review the Green Guides to determine what updates need to be included. The goal is to make sure companies are aware of how best to promote their products or services and not mislead consumers.

The Sustainability of Sport

Sport is a large-scale global pursuit that brings together people and places, often creating deep roots with the environment in which it is played. As a result, sport both contributes to ecological change and is affected by it.

As efforts intensify to address decades of carbon emission, commercial growth, and environmental deterioration, sport can take the lead in championing progress. If current trends continue, however, sport could face some of the more serious consequences of a changing Earth. 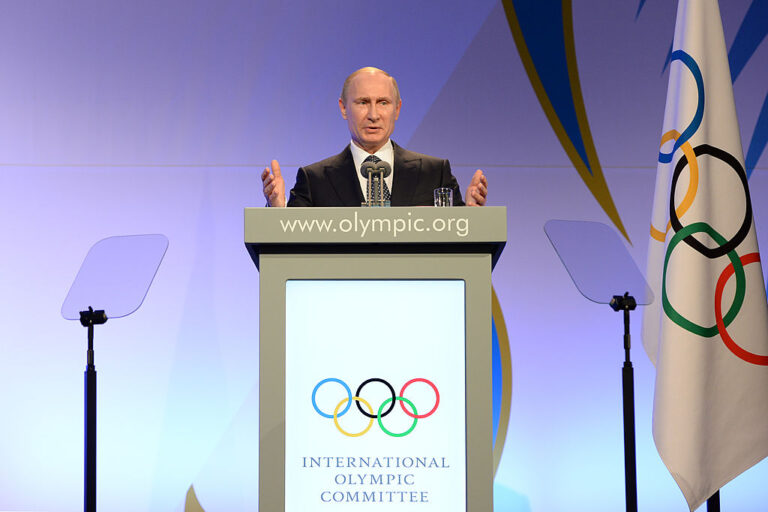