As a Latina athletic director at the University of Texas-San Antonio, Lisa Campos is a rarity within college sports. The years of intentional mentoring and encouragement she received put her in a position to lead and succeed – and can serve as a model for an industry with few women and people of color in positions of power.

Monthly Issue The Administration of Change

Lisa Campos is one of the few Latina athletic directors in college sports. Her career started in 2003 and took off in 2012, when at age 35 she became the youngest woman AD in the National Collegiate Athletic Association. Five years later, Campos started her current job, vice president of intercollegiate athletics and athletics director at the University of Texas-San Antonio.

Her rise offers a model for how college sports, an industry traditionally dominated by White men, can better mentor and promote women and people of color to senior leadership roles.

Improvement arguably is needed. A new study conducted by the Global Sport Institute at Arizona State University examining athletic director changes across 248 NCAA Division I schools from 2010 through 2019 found that:

These findings are consistent with a recent study conducted by The Institute of Diversity and Ethics in Sports (TIDES) at the University of Central Florida, which found that in 2020, 83.1 percent of athletic directors at NCAA Division I Football Bowl Subdivision (FBS) schools were white—and only 9.2 percent were women.

The Global Sport Institute findings also come at a time when college sports institutions ranging from the NCAA to LEAD1, an association of FBS athletic directors, are promising to advance racial equity, bolster diversity and inclusion efforts, and work to recruit leaders who more closely reflect the increasingly diverse population of athletes they serve.

“I’ve been in this business for 30-something years, and the leadership numbers are stagnant,” says Northern Illinois University athletic director Sean Frazier, a member of the Black AD Alliance, a group of approximately 55 athletic directors committed to promoting the development and elevation of Black athletic administrators within Division I. “That’s less than encouraging if you’re a person of color or a woman pursuing a career in athletic administration and are hoping to become a high-level decision-maker.

“When you look at the high-revenue-producing sports, the majority of the athletes are people of color, specifically African-Americans. So you would think there would be some level of parity or see those people becoming ADs. But for some reason, it’s not happening.”

'Now it's about who knows you'

What can college sports do to create more diverse leadership? Jason Belzer, the co-founder of Athletic Director U, a professional development website for athletic directors, says that the industry needs to build “pipelines of diversity” running from entry-level athletic department jobs to senior leadership that include “minorities that are not just just Black [people] but also Latino and Asian-American and Pacific Islander.”

Within those pipelines, experts say, intentional mentorship, networking and skill-development programs, and opportunities for early and mid-career advancement are essential. This past January, LEAD1, released a white paper with a list of 10 recommendations for how college sports can diversify its senior decision-makers.

“This [industry] used to be about who you know, and now it’s about who knows you,” says Frazier, who co-chaired the LEAD1 working group that created the white paper. “In my career, I’ve been fortunate to have allies who have not been people of color who have taken me under their wings to school me up and educate me on the finer points of HR management, fundraising, facilities management, and dealing with the academic side of the house.

“It can be frustrating if you are stuck in a particular job or career area and there is no way to connect with those White males at the top.”

In 2001, Campos was the assistant dean of students at the University of Texas-El Paso, working with what she calls a “relatively small but nimble staff” and learning about university administration across a number of departments – including athletics.

“I had no aspirations to be an athletic director,” Campos says. “I was very happy at UTEP doing what I was doing.”

That changed when the school’s athletic director, Robert Stull, asked Campos to become a senior associate athletic director. Roughly a decade later, he pressed her to participate in the NCAA/Women Leaders in College Sports Executive Institute, an 18-month professional development program that prepares participants for the athletic director hiring processes and provides opportunities to network with school presidents, current athletic directors, and executive search firms.

Campos also was UTEP’s senior woman administrator (SWA), a designation given to the highest-ranking women in each NCAA athletic department or conference office. Created in 1981, the purpose of the designation is “to promote meaningful representation of women in the leadership and management of college sports.”

During her time as an SWA, Campos was able to master the “3 F’s” seen as fundamental to running a contemporary athletic department: football, fundraising, and finances.

“I'll add a fourth of F of facilities as well,” she says. “I was fortunate we were building a new softball facility, and we helped some renovations in track and field and soccer. I started building that part of my resume … That’s really what presidents are looking for.”

All of those experiences paid off in 2012, when Campos heard from Daniel Parker at Parker Executive Search about an open athletic director job at Northern Arizona University.

How did Parker know about Campos? The two had met during the executive development program recommended by Stull. Campos interviewed with NAU – her first interview for an athletic director position – and less than 24 hours later was offered the job.

Campos went on to work at the school for nearly six years, leading the Lumberjacks to 32 Big Sky and Western Athletic Conference championships.

“Through that fellows program, I sat with a few search firms, and they got to know me,” Campos says. “And that would have never happened had I not been pushed to be in that program.”

Today, that push has resulted in Campos, a first-generation college graduate, leading the athletic department at the University of Texas-San Antonio, where 57 percent of the undergraduate population identifies as Hispanic and 54 percent are first-generation college students – and during a time when students are becoming more vocal and active about addressing social and racial injustice.

“[At] UTSA, we are a multicultural institution and city,” Campos says. “And you can tell when our students and our student-athletes are saying, ‘We want to do something, we want activism,’ [and] there was no resistance from [our] administration.”

College sports have much more work to do to ensure that diverse and representative leaders such as Campos are not anomalies. A 2017 NCAA study, for instance, found that 85 percent of SWAs were White women, while only 4 percent identified as something other than White or Black.

However, Campos believes that the murder of George Floyd and subsequent tides of protest and activism across the country mean that change is possible, including at the top of college athletic departments.

“Something feels very different now, and people are paying attention to this in a different way,” she says. “So that gives me a lot of hope.”

Patrick Hruby contributed to this report. 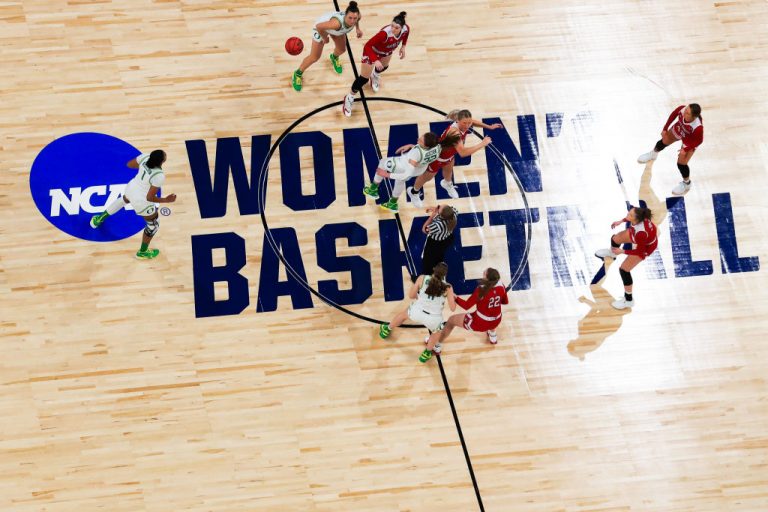 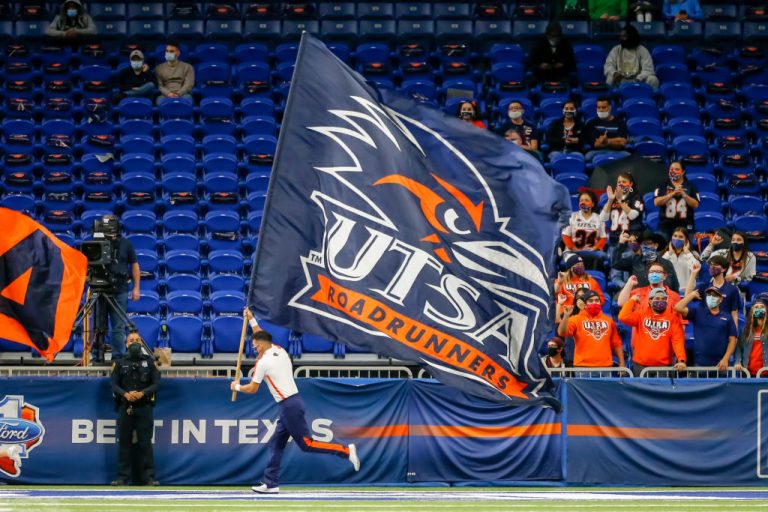 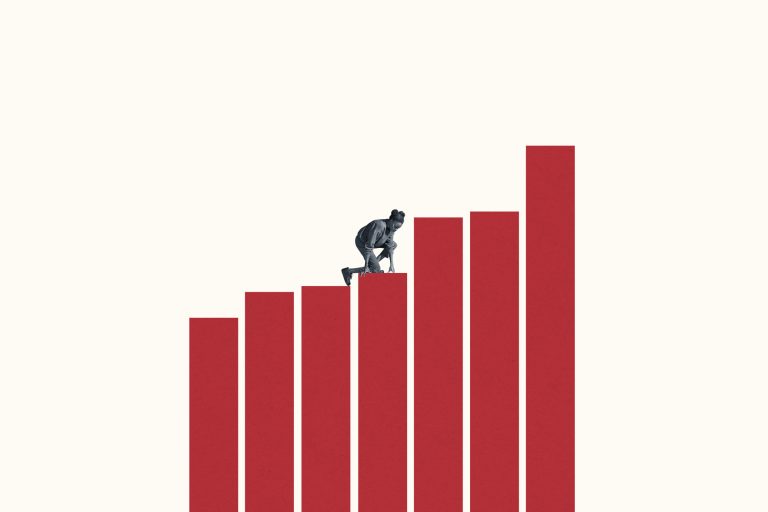 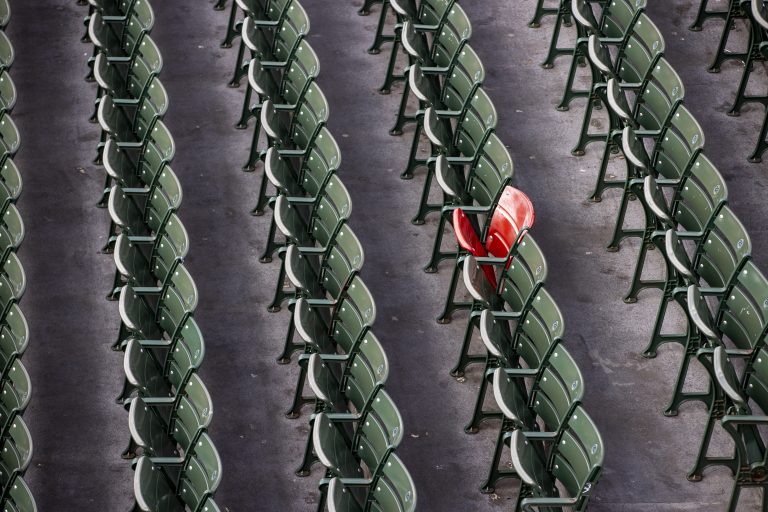