Sport is inherently global, but could the pandemic of 2020 push countries to look inward and close their borders to what made sport a global currency?

Pandemics aren’t good for globalization, never have been. In the old days, plagues triggered the raising of drawbridges, a suspicion of outsiders, and a cessation of travel and trade. In Covid-19 days, the response to the pandemic has reinforced the notion that it’s every nation-state for itself.  Finger-pointing tensions are rising between the world’s two economic superpowers; travel was the culprit for spreading the virus across the globe; and industries are rethinking their reliance on what now appear to be alarmingly vulnerable cross-border supply chains.  It’s little wonder the International Aviation Transport Association isn’t expecting air travel to return to any semblance of normal until 2023; or that a recent cover of the periodical of record for the world’s remaining enthusiasts of globalization, The Economist, mournfully read “Goodbye globalization.”

The industry of sport has been among globalization’s most stalwart disciples. For a number of years now, even prior to the pandemic, globalization had lost its political luster, and was fighting a rearguard action on every continent against the resurgent forces of populist nationalism. But when it came to sport, the world was still shrinking, the games were still crossing more and more boundaries, making of its athletes, fans, and stakeholders citizens of the world.

At the start of its current interrupted season, the NBA counted 108 foreign players from 38 countries on its rosters. Europe’s major soccer leagues all cede a majority of playing time to foreign players. England’s Premier League has become the most globalized major domestic sports league in the world, against, and despite, the backdrop of Brexit. The two most storied clubs in English history are now owned by Americans – an NFL and an MLB owner seeking to tap global audiences. Back at home, our collegiate sports are the world’s training grounds and developer of Olympic talent, with 20,000 foreign student-athletes competing in the NCAA. At the Rio Olympics in 2016, our own PAC-12 conference was represented by 246 athletes representing 47 countries.

I will confess to be emotionally invested in the global reach of sport.  Whether it was watching the two Germanies face off against each other in the 1974 World Cup (I was duped by the “Democratic” branding of the dodgy one, until my father set me straight), the sinister sideline scenes of a Junta-run World Cup in Argentina, or the indescribable intensity of the Real Madrid-Barcelona rivalry, this kid’s fandom in a pre-internet Chihuahua, Mexico, was a rare, magical portal to the outside world, an invitation to roam, stretch, and imagine.  And even to appreciate the scale of Ohio; I mean, my beloved Steelers had not one, but two, hated rivals in that one state.

This is all a bit mushy, I admit, a bit intangible – this “soft” bridge-building power of sport. A bit kumbaya when countries are accusing each other of stealing their citizens’ livelihoods, and possibly their lives by how they responded to the pandemic. No one seems to be in the mood to get over it all with a bit of ping-pong diplomacy. And even before the pandemic both the NBA and the English Premier League, both of which had made such impressive inroads in winning the hearts and minds of millions of Chinese fans, ran afoul of the Communist regime’s aggrieved nationalism because of isolated tweets containing unwelcome political messages. A reminder of boundaries.

But it would also be a mistake to underestimate this intangible power of sport. Plenty of hard-nosed geopolitical actors take it very seriously, judging by the enthusiasm with which the likes of Vladimir Putin have pursued the chance to host the world’s two premier sporting events, the World Cup and an Olympic Games.  And the deep-pocketed Persian Gulf states understand the value of branding themselves (some would say launder their reputations) by underwriting sport.

For Americans, sport has been the final frontier in our quest to dominate, and define, global pop culture. We historically reveled in our exceptionalism, and isolationism, by choosing to play our own games, disregarding the world’s most popular sport with the same disdain we treat the world’s metric system.  But that’s all been changing in recent years.  The opening scenes of ESPN’s Last Dance documentary series were set in Paris, a potent reminder of the global reach of the NBA and the Michael Jordan phenomenon.  And I wasn’t alone in rooting on the Steelers in Mexico, where the NFL has acquired a mass following. The more surprising plot twist of the American integration into what ABC used to call the “wide world of sport” during this period of globalization has been the improbable American takeover (still in its early days) of soccer and soccer’s equally improbable takeover of America (also still in its early days).

There have been powerful cultural and business forces driving this convergence.  At some point in the 1990s, Nike realized it could no longer pretend to be the leading sports company if it was to ignore the world’s leading sport, and plenty of other multinational brands realized they had no alternative but to partner with FIFA.  More recently, sport franchises themselves – traditionally local family businesses – have begun to evolve into multinationals, echoing what happened in other industries that realized the US market, as big as it is, is not the big prize. Hence the rush by US domestic teams to buy into European football; with the Fenway Sports Group and Kroenke Sports & Entertainment holding companies adding the likes of Liverpool and Arsenal to their portfolio of assets. Red Bull and the Abu Dhabi-based City Football Group are other examples of sophisticated players owning a collection of teams in a number of different countries.

The cross-border ambition of leagues and teams had been accelerating in recent years. Within a one-year period, our Phoenix-based NBA, MLB, and NFL teams were scheduled to play regular-season games in Mexico City. The pandemic has claimed two of those three matches as victims.  The NFL’s international plans for the next season – 4 games in London, one in Mexico – have been scratched; so too have a series of binational competitions binding the US and Mexican soccer leagues. Who knows when the NBA will be able to move forward with its ambitions for an African presence. Or when the PAC-12 will return to China for its annual series.

It’s true that sport globalization can often look like crass commercialization and the unmooring of certain leagues and teams from their communities. That is certainly part of the story, but there is more to it than that. The internationalization of sporting interest and mores, and the accompanying investment, has also opened opportunities for more women and marginalized youths to access and enjoy competitive sports, and there is much to be said for the horizon- and tolerance-expanding feat of fans cheering on foreign players playing for their home teams.

Sport is coming back, but we’re in for a period of retrenchment. As with all crises, it’s worth thinking about whether this pandemic will accelerate or arrest pre-existing trends. On globalization, it’s not clear how this game ends.  With depressed values in professional sports leagues around the world, it will be tempting for a few deep-pocketed players to ratchet up their overseas investments. Sport is also likely to attract new tech and streaming platforms eager for global content that can differentiate them.  Might Netflix itself, for instance, become the new “Netflix of sport”?  Pro sports played behind closed doors will spawn and accelerate innovation in broadcasting.  Strong organizations in weakened economies (and leagues) will want to reach across borders and play with each other, adding fuel to rumors of the creation of a new European super league and a potential merger of US and Mexican soccer leagues.

Politics and national governments, meanwhile, will likely loom larger in the oversight of sport, countervailing the globalization impulse. Even in the context of navigating its so-called “Project Restart,” the English Premier League has sampled some of the coming political friction, as the UK government suggested the league contribute more to the English game’s distressed lower divisions and air many of the remaining matches on free over-the-air TV. There was also a great furor when clubs such as US-owned Liverpool sought to access the UK government’s paycheck protection program for furloughed staff.  And it remains unclear in the aftermath of Brexit whether the UK will make it easier for non-EU players to join the Premier League, or make it more difficult for EU players to do so.

This all foreshadows coming debates around the inequalities of globalized sport, and tricky questions around the question of who owns our games, for whom do they happen.  Critics of commercialization and globalization, and of how “corporate” sport has become, often romanticize the olden days when things were supposedly purer, by overlooking a history of scarce resources, the exploitation of athletes, racism, and mysogeny. The trick isn’t to kill off all that sport has accomplished by venturing to cross borders, but to recalibrate this globalization to make it more equitable and sustainable, preserving its benefits while curbing its excesses and baser instincts. Let’s make that our collective game plan for the second half. 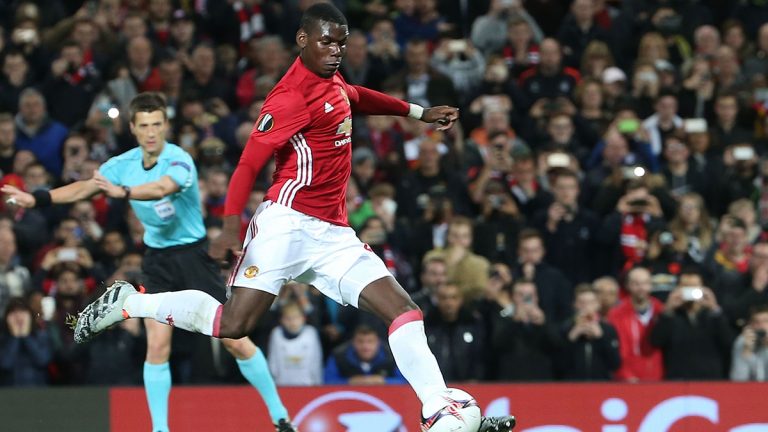 Opinion: Premier League's domination of Europe the antithesis of Brexit 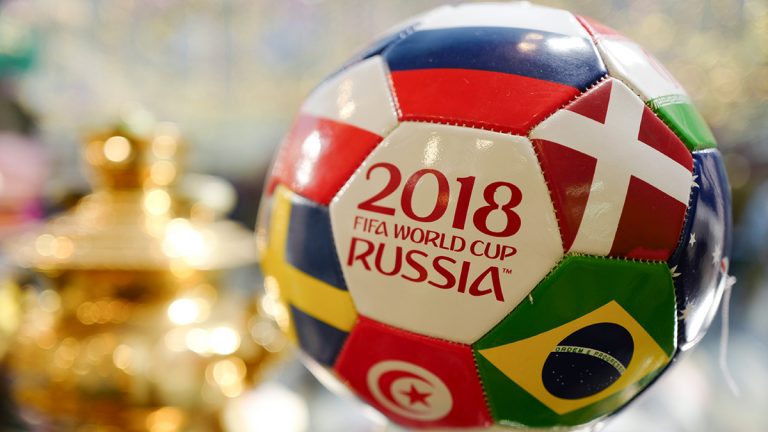 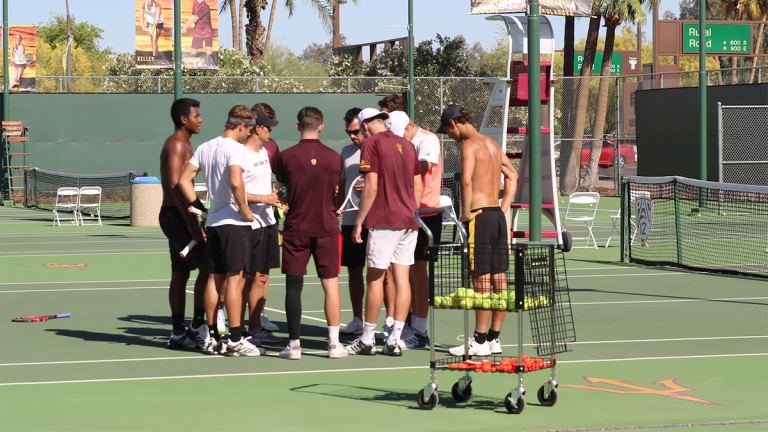