Sustainable practices by teams and leagues show a commitment to a healthy earth and reduce costs.

According to The World Commission on Environment and Development, sustainability is "A process of change in which the exploitation of resources, the direction of investments, the orientation of technological development and institutional change are all in harmony and enhance both current and future potential to meet human needs and aspirations."

What is each league doing?

The National Football League was one of the first leagues to adopt a green initiative in the 1990s.

In 2018, the NFL joined the Green Sports Alliance in an effort to focus on becoming more sustainable. They launched the Rush2Recycle project, in a subsequent move, at Super Bowl LII in 2018. Their goal: recover 90 percent of waste created at the sports’ grandest event. According to greensparkgroup.com the NFL recovered around 91 percent of the trash at the festivities to divert to composting and reusable donations.

At the 2018 draft in Arlington, Texas, the NFL focused on a “green” initiative by planting tens of thousands of trees around the Texas community, diverting trash into recycling stations and using renewable energy to power the draft and the festivities that surrounded the entire weekend event.

Teams and stadiums around the league are also creating their own ways to become more environmentally friendly, but no team has done more than the Atlanta Falcons have with their new facility Mercedes-Benz Stadium, home of Super Bowl LIII.

Mercedes-Benz, which has been called the most innovative sports venue by SportTechie, is the first pro stadium in the United States to reach LEED (Leadership in Energy and Environmental Design) platinum, the highest level achievable on this scale. The team even has a dedicated link to exploring their venue sustainability.

The state-of-the-art stadium has features that create new efforts on sustainability that include an advanced watering system that collects water to prevent flooding around the community; the use of LED lighting that reduces electrical use by nearly 60 percent; thousands of solar panels to collect energy to power the stadium; and the creation of new transportation for fans. The last item led them to have the highest percentage of fans who used public transportation to attend Falcons games compared to the rest of the NFL.

Other teams around the league have also started adopting the storm water management system to water their own grounds or support the community surrounding them.  Multiple teams and stadiums have started using solar panels and LED lighting systems to reduce their energy use. The Philadelphia Eagles teamed with Braskem to create an eight-foot replica of the Lombardi trophy out of recycled bottle caps to commemorate their franchise’s first championship.

The teams in the NFL continue to find innovative ways to become a more sustainable sports league with their continued efforts at league events like the draft and Super Bowl.

The National Hockey League released their 2018 sustainability report, coinciding with the league’s NHL Green initiative, the first of its kind. The league began their first ever Green month in March 2018 to highlight the commitment to a better environment.

The Greener Rinks initiative takes almost 5,000 ice rinks around North America and finds the environmental impact they have on their communities. The league then helps rink operators with their decisions to reduce energy use and costs to create a more sustainable rink and keeping their operations at a lower cost. The NHL initiative now has teams using more environmentally-friendly sources for their energy like solar energy.

In turn, the NHL made sure they covered outdoor rinks as well with their RinkWatch.org program, in which volunteers track and monitor outdoor rinks all around the continent to assist in the study of global warming and how the climate changes are causing changes to these community rinks.

Most recently, the NHL teamed up with Adidas with help from Parley for the Oceans and Parley Ocean Plastic to launch their sustainable jerseys for the 2019 NHL All-Star Game. The jerseys worn by the players were made from recycled and repurposed plastic that was collected from the oceans.

“The NHL is a recognized leader in addressing major environmental challenges and preserving the roots of our game,” said Brian Jennings, the chief branding officer, “Adidas has been an incredible partner in our efforts and shares our commitment to promoting sustainable business practices. Each year, the NHL All-Star Weekend serves as an opportunity to showcase innovations across all aspects of our game. This year’s NHL All-Star Game in San Jose is the perfect setting for Adidas to introduce environmentally conscious jerseys that complement our focus on environmental stewardship.”

Similar to what the NHL does, the National Basketball Association runs their own NBA Green website and sustainability efforts. According to the U.S Green Building Council, the NBA has the most LEED certified venues of any sport in the United States.

In November, the NBA created an eco-friendly basketball facility in Senegal made from repurposed shipping containers and fabric roofing. This facility helps build their global sustainability efforts while also focusing on their global NBA Academies efforts to build a better basketball community around the world.

The league, in partnership with the National Environmental Education Foundation has also created their own Green Energy All-Star team, a team of animated bobbleheads that help with sustainability tips through video and interactive media on how to save energy and maintain a “green” life.

Like the NFL and other leagues, the NBA has also partnered with Green Sports Alliance to maintain team efforts to create more sustainable communities throughout the country and world.

The NBA also has a LEED Platinum certified facility, the first indoor sports venue to receive this level when the Sacramento Kings Golden 1 Center received the recognition in 2016, and the NBA flagship store in New York has been deemed as LEED Gold certified.

The MLB gives out a yearly Green Glove Award to the franchise that exemplifies sustainability and recycling with the highest diversion rate of waste at their venues. The San Francisco Giants continue to lead as models of the sustainable industry, as the team, winners of 10 Green Glove Awards, diverted 94 percent of trash from landfills. After the Giants won nine straight Green Glove Awards, the Mariners were awarded in 2017 as the organization diverted 96 percent of waste for recycling throughout the 2017 season, the Giants then reclaimed the award for 2018.

Recently, the Giants and Oracle Park were awarded LEED Platinum for an existing building. This makes Oracle Park the first major league ballpark to receive the certification. This award marks the third time the Giants have received certification after earning silver in 2010 and then gold in 2015 for the sustainability efforts at Oracle Park.

“For years, the San Francisco Giants have been steadfast in their pursuit of a sustainable environment at Oracle Park,” said Paul Hanlon, Major League Baseball’s Senior Director of Ballpark Operations and Sustainability. “Through their extensive recycling and environmental efforts, which includes consistently recording waste diversion numbers of 94 percent and greater since 2012, the Giants have achieved the impressive feat of having Oracle Park receive the first LEED Platinum Certification among MLB ballparks, and thus continuing to be a leader throughout all of sports. We commend their efforts, and look forward to their continued growth.”

Seattle also became the first MLB team and venue to use LED lighting for events, with more teams following and have started implementing LED lighting for their ballparks; an effort that reduces the kilowatt hours used for lighting in the long seasons endured in baseball.

Another team helping lead in innovative initiatives is the Arizona Diamondbacks, who were awarded as a Green Sports Alliance Innovator of the Year in 2018. To become a more sustainable team and venue, the Diamondbacks reinvented major parts of their ballpark, Chase Field, throughout the 2018 year. The team added hundreds of recycling bins around the venue, replaced towel dispensers with eco-friendly air dryers, installed low-flow flush valves in restrooms, solar panels on their pavilion outside the park and even created a vertical growing garden that provides fresh produce that the organization donates to help eliminate child hunger.

On Jan. 30, 2019, the New York Yankees hired an environmental science advisor, the first one in professional sports. Dr. Allen Hershkowitz, former senior scientist at the Natural Resources Defense Council, will help the Yankees and Yankee Stadium focus on innovations and ways to become more sustainable. Hershkowitz is also the founding director of the Board of Sport and Sustainability International.

As one of the highest grossing leagues in terms of revenue, the Premier League has created a perfect plateau to project sustainability to the world. 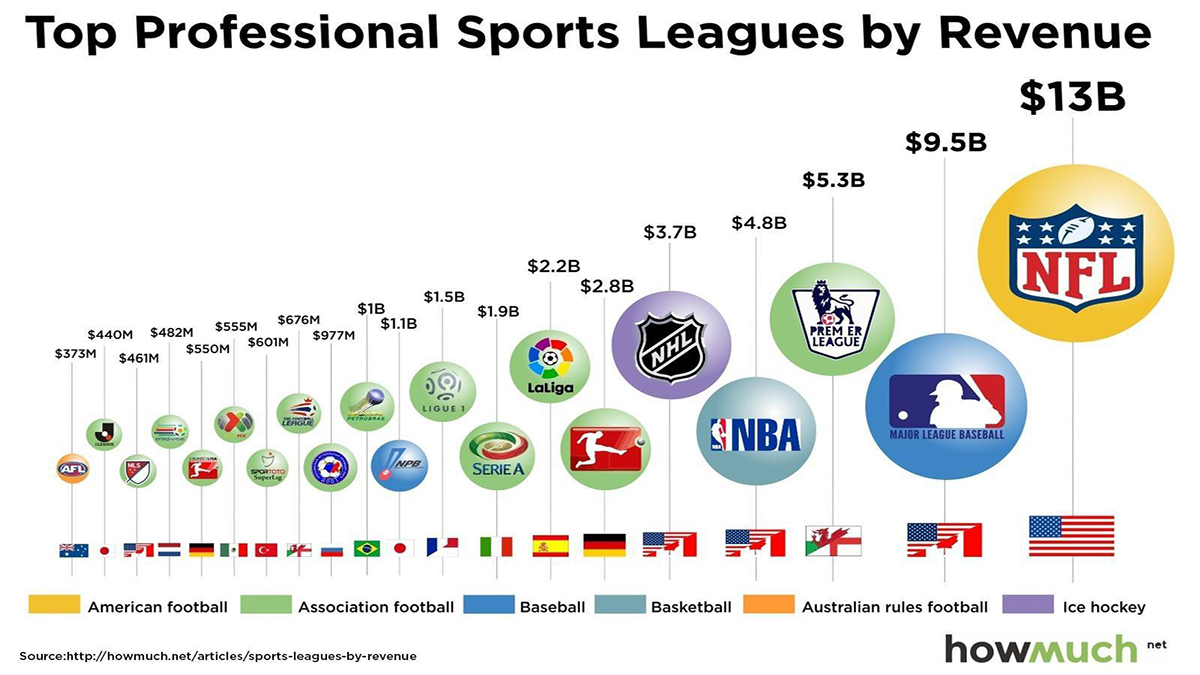 In 2018, the league teamed up with Sky Ocean Ventures — a company who uses #PassOnPlastic to promote the stoppage of single use plastic in the economy — to attempt to do the same for the soccer league. Premier is attempting to reach the goal to end all single-use plastic waste in their venues within the next few seasons. However, this isn’t a league-wide mandate as the Premier League is hoping the clubs involved will do the same in removing the waste.

The Managing Director of Sky Sports, Barney Francis, said, “Football has a unique ability to reach billions across the world and I’m delighted that the Premier League and its clubs are getting involved to further build on our campaign. Today, we’re calling on football fans to make a simple change and join us to help stop our oceans drowning in plastic.”

Tottenham Hotspur have announced that they will remove straws, plastic beer glasses and plastic stirrers from their facilities in notion of the leagues attempt to be more sustainable.

The league created the Primary Stars Program to educate children across England in behavior and global impact changes. The Premier League efforts also reached to other various leagues like the Irish, Scottish and Welsh through the British politics to make efforts in phasing out single-use plastics.

What does it take to become LEED certified?

The U.S Green Building Council (USGBC) oversees the certification process to become LEED certified, for sports facilities the council has a set of six criteria that determines a buildings eligibility and certification level.

“Under these six general headings we have credits and strategies that help teams towards certification. The more stuff you do, the higher the certification level. So, aggressively targeting energy use, how to stop people coming to the venue in single occupant vehicles, optimising water and reusing rainwater – those strategies will help you get a higher score.” Brendan Owens, USGBC senior vice president said in an interview.

Dustin Paré is a journalism student at Arizona State University.

When a golf course is built on special land, do the economic benefits outweigh the environmental impact? 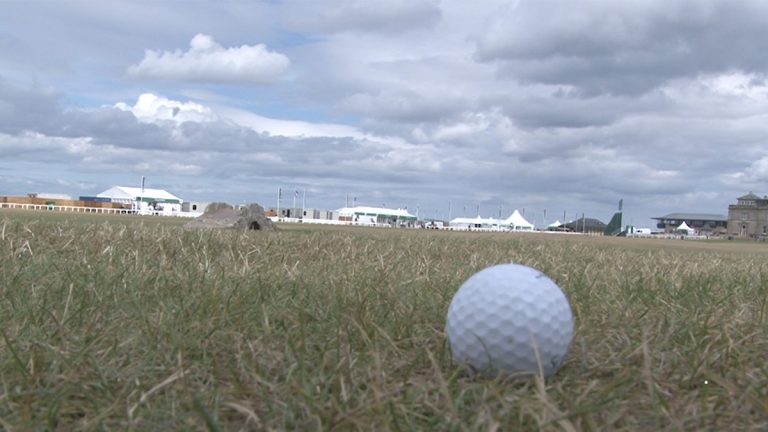 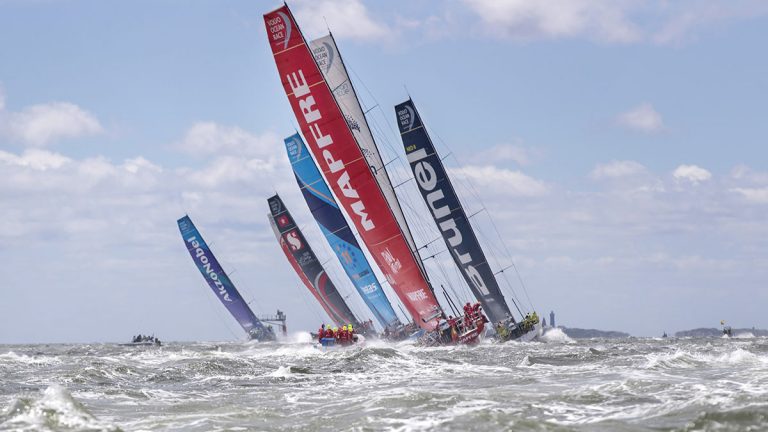