While most people might envision a young millennial male when picturing an esports fan, the audience is expanding and altering the image as the sport grows.

According to a recent report written by Nielsen Games Vice President and General Manager Michael Flamberg, new esports fans “skew less male and are less likely to be millennials than fans who have followed esports longer” than the past year.

The study shows that not only is the gender and age of fans changing, but also the diversity of where they come from has as well

“Similarly, where traditionally esports fans have been among the majority of PC gamers, newer fans are less likely to play games on a PC, instead gaming on consoles and other devices.” 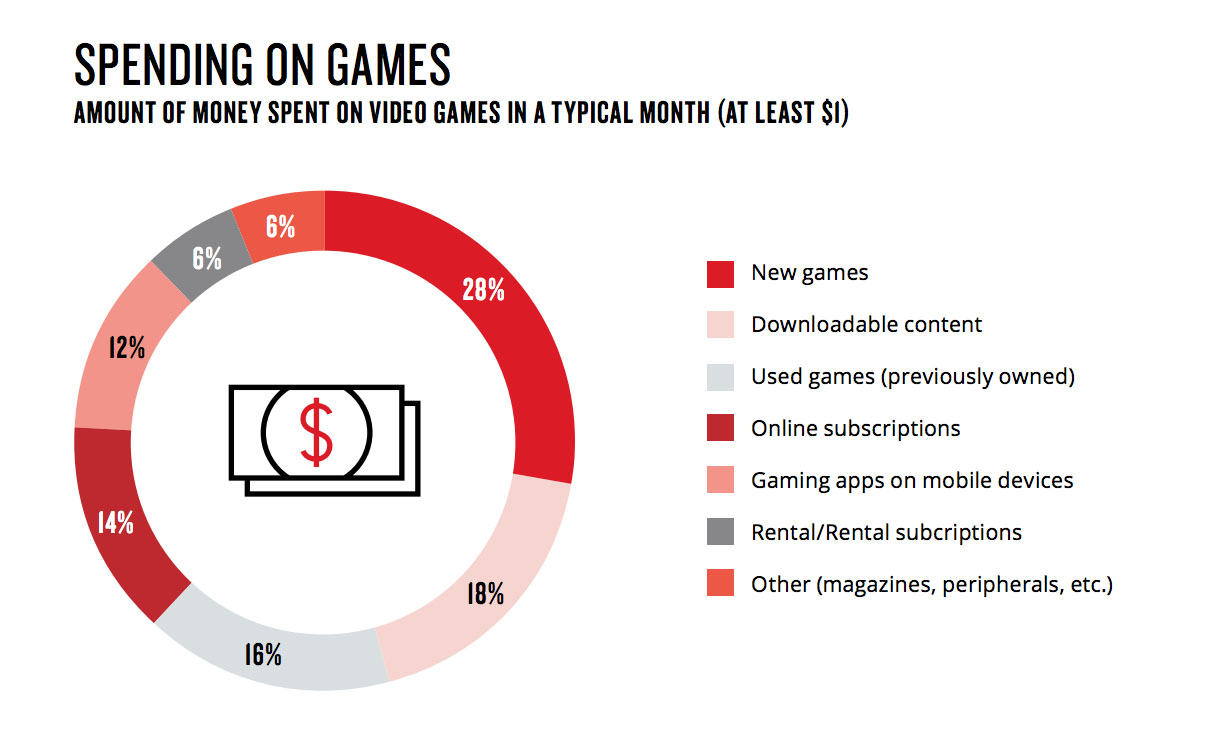 While shooting games, such as “Call of Duty,” are by far the most popular games among esports fans. Survival games — where players are placed alone in a world with few resources and have to gather tools —such as “Fortnight Battle Royal,” are gaining traction.

To go along with changes in how participants compete, the ways esports fans engage are adapting as well. YouTube, Twitch and ESPN are among the most popular options as fans increasingly stream events online or watch on television.

In fact, the average fan spends 3 hours and 5 minutes a week simply watching esports, a total that has declined slightly, and another 7 hours and 35 minutes playing the games.

However, some of the ways to watch the games have seen a dip.

According to Nielsen, the percentage of esports fans attending a live esports event and going to a live viewing party has each dropped 7 to 9 percent from 2017 to 2018.

Esports have begun affecting consumer trends. Thirteen percent of the gamer community owns a virtual or augmented reality device, a sales share that is helping the price for these systems drop, making them more affordable to a larger share of the population. 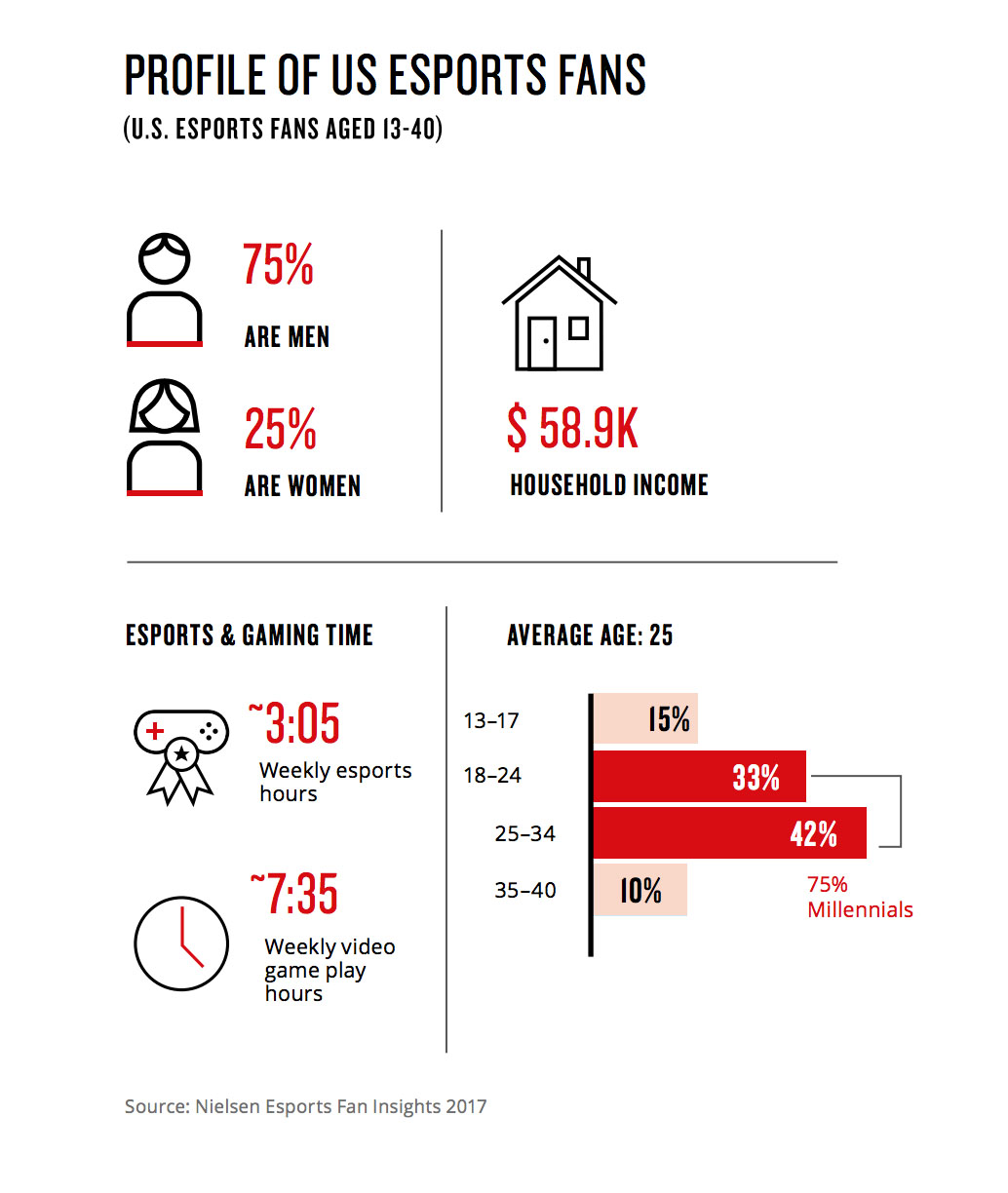 Old school games are beginning to make a comeback. These games, most notably the old Nintendo games, offer nostalgia in addition to classic consoles that offer games people still want to play. As a result, 51 percent of gamers believe this throwback trend is here to stay.

As more initially free games are made available, the popularity of the games such as Fortnight are increasing rapidly. However, most of these games are full of in-game purchases, making parents and players worry about reckless spending that can come after downloading these “free” games.

Other games that you pay for up front are also starting to offer additional in-game purchases. While some may recklessly splurge on these items, others don’t understand why they would pay again for basically the same experience. Gamers, it would seem, don’t appreciate in-game purchases that give spenders an upper-hand.

“Gamers are more receptive to in-game purchases that are cosmetic. But when they confer purchasers with a competitive advantage against other gamers, consumers find it offputting.” 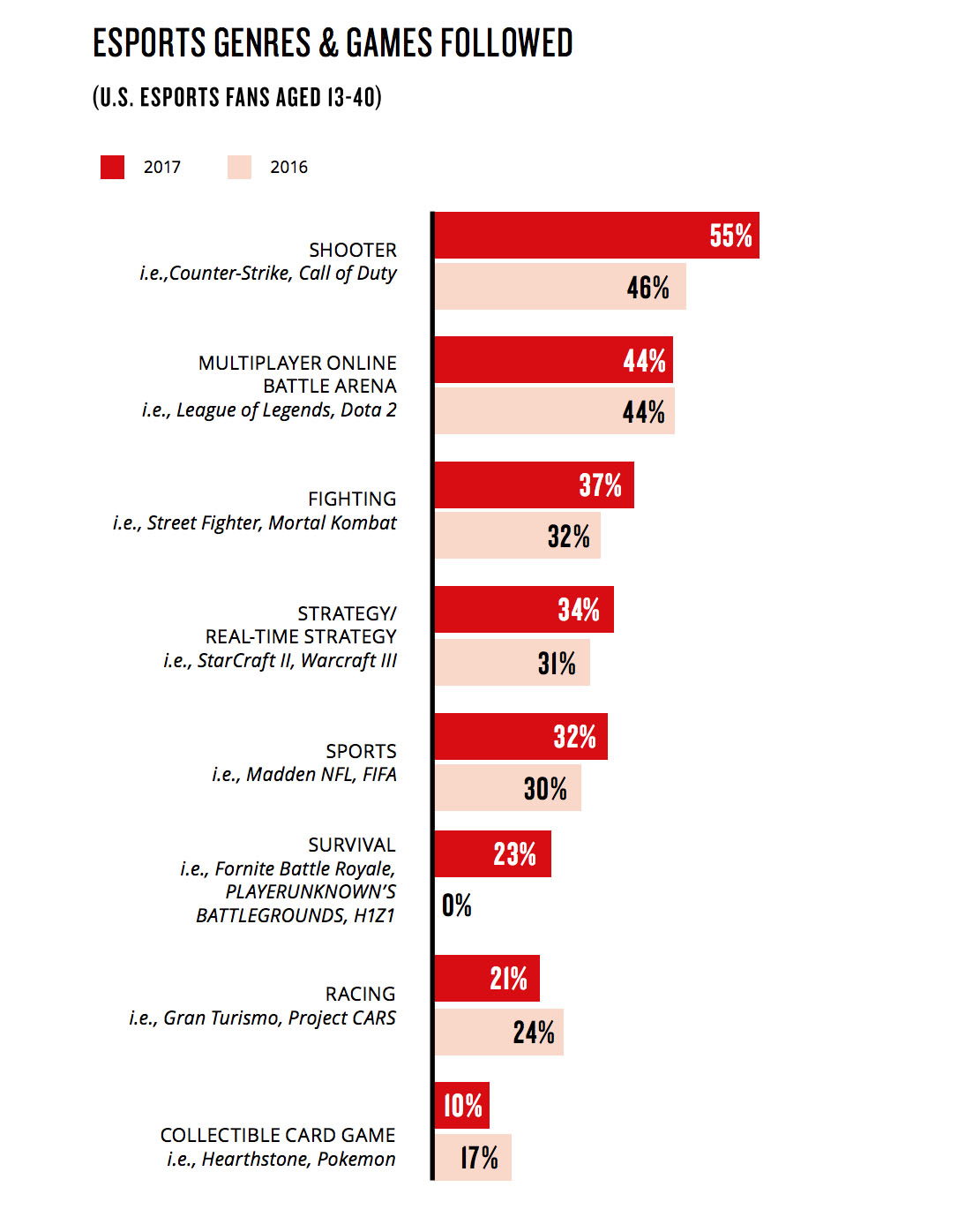 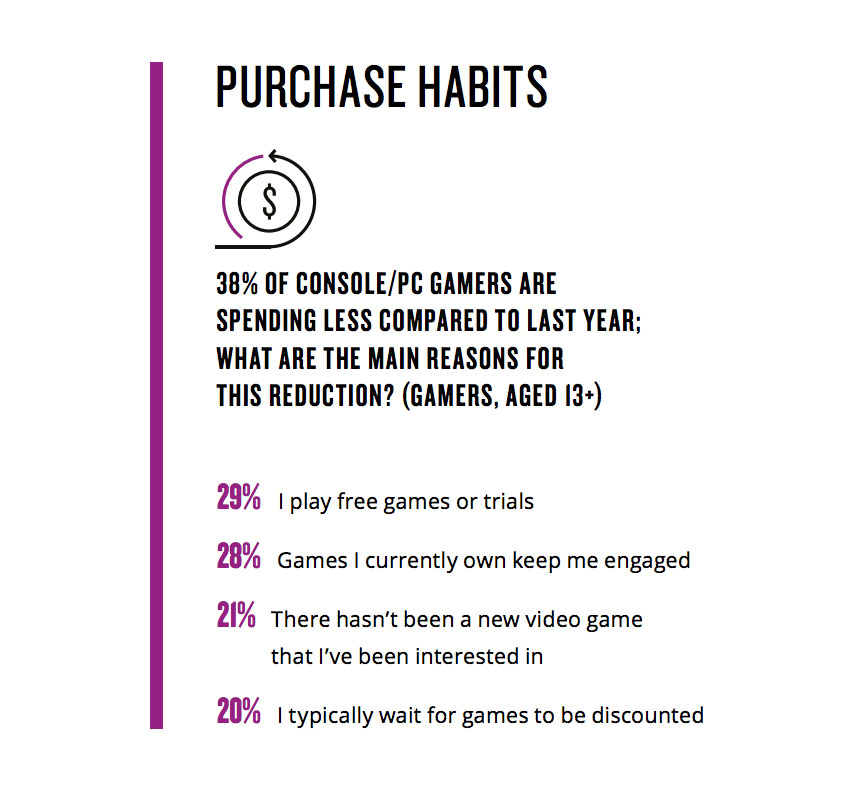 'E' stands for 'Everywhere' when it comes to esports