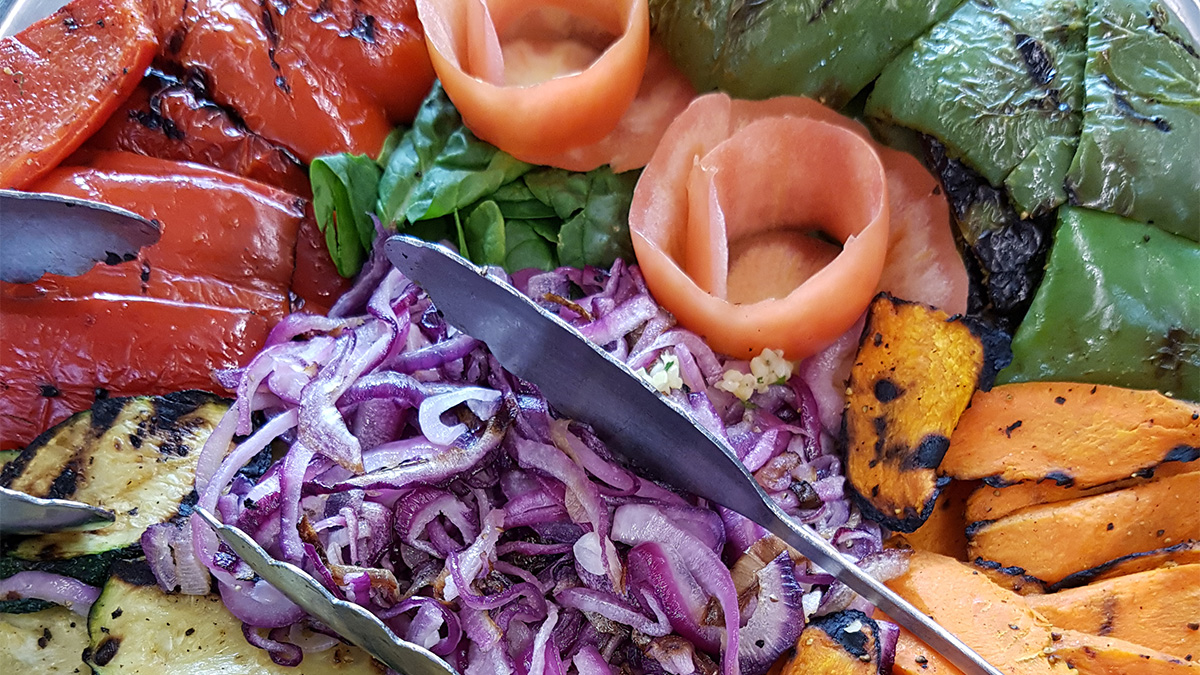 New England Patriots quarterback Tom Brady might be one of the greatest professional football players of all time, but he avoids tomatoes as if they are 300-pound linebackers seeking a sack.

It’s not that the plump red fruits are his Kryptonite — technically, No. 12 could down an entire caprese salad if he wanted to. Yet at the behest of his personal dietician, the Patriots star eschews tomatoes because they reportedly cause inflammation.

In other words, he refrains from eating them to keep his body ready to play.

Brady isn’t the only prime-time player who adheres to a strict diet in the name of better performance. Across the professional and Olympic ranks, athletes embrace a range of approaches. Amateur athletes do so, too, espousing fads such as veganism, paleo or intermittent fasting to help them be their best. Some have success. Others don’t. Which begs the question: To what extent can diet make a difference?

“If you’re an athlete performing on a high level, what you eat can absolutely affect how you play and perform,” said Floris Wardenaar, assistant professor of sports nutrition at Arizona State University and the former head of nutrition for the Netherlands Olympic team. “This is one of the reasons it’s so important to make good choices.”

Before addressing the impact of diet on performance for an athlete, it’s important to identify some of the most popular diets among athletes today.

Brady’s diet, famously publicized in this story from 2016, eliminates tomatoes and other nightshades (peppers, mushrooms and eggplants) in an attempt to minimize inflammation and put the athlete’s 40-year-old body in the best position for recovery after a game. Kyrie Irving, the star point guard for the Boston Celtics, swears by his plant-based diet and credits it with giving him extra energy, which he called on to win the 2017 NBA Championship. Venus Williams, the tennis pro, has spoken openly about how raw veganism helped resurrect her career after she was diagnosed with an autoimmune disorder in 2012.

Other popular diets take different tacks. The paleolithic diet restricts legumes, grains, sugar and most dairy, and allows carbs in the form of root vegetables and squash. The ketogenic diet has even more restrictions but adds allowances for dairy; it is designed to put the body into a fat-burning state known as ketosis. Then, of course, there are diets that incorporate intermittent fasting, which has been proven to trigger weight loss in laboratory trials.

There are other popular diets, too: No-carb diets, juice diets and more. The bottom line: If you’re an athlete, you have plenty of diet options from which to choose.

Making sense of it all

While experts and registered dieticians decline to say which, if any, of these approaches is better than others, most are careful to note that diet is incredibly personal: What works for one person may not work for someone else.

They also note it’s important to consult a professional before embarking on any diet.

Beyond that, the old maxim about the best diet being a balanced diet still holds true. Wardenaar, the nutrition expert from ASU, said inclusionary diets always are better than exclusionary ones. 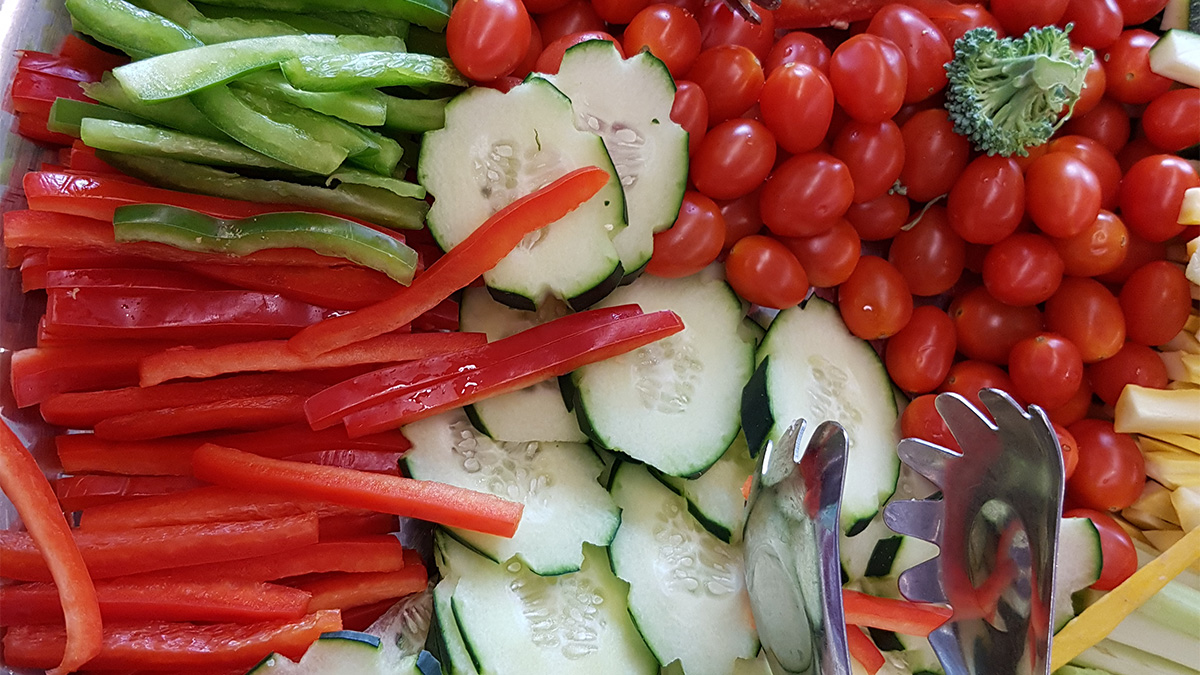 “All these trendy diets we hear about focus on excluding things — they are built on all the things you can’t eat,” he said. “I’m a big believer that so long as you are eating healthy food and you’re eating it in moderation, the more you mix things up, the better it will be for your overall performance and health long term.”

Even parts of food that have been demonized in the past can be good when consumed in moderation. Take carbohydrates. Many popular diets, including Atkins, Whole30 and South Beach, consider carbs to be the enemy. For athletes, however, carbs represent pure energy — something they need.

As Wardenaar explained it, athletes who work out hard and push their bodies to perform in extreme circumstances need to consume carbs or they will fail. He suggested that even if athletes seek to cut down carbohydrate intake during rest times, they should consume carbs strategically before games or workouts to guarantee they have enough fuel.

Nancy Clark, a registered dietician and sports nutritionist from the Boston area, agreed. When pressed about what sorts of carbohydrates athletes should strive to incorporate, she said unprocessed foods always reign supreme.

“I’m a big advocate of real food,” said Clark, who has served as team nutritionist for the Boston Red Sox and is the author of “Nancy Clark’s Sports Nutrition Guidebook.” “You don’t need that Gu or electrolyte drink; bananas and milk are loaded with electrolytes, too.”

Overall, Clark said the best diets for athletes are composed of 85-90 percent “quality food” such as fruits, vegetables and proteins, and 10-15 percent whatever the athlete wants: “Some days ‘whatever’ might be blueberries and some days it might be blueberry pie. Will a few cookies every now and then or a slice of pie ruin your athletic career forever? So long as you eat healthy most of the time, I doubt it.”

Other benefits of good diet

Beyond optimal performance, athletes can enjoy other benefits of a good diet: good health and longevity.

Kylene Bogden, a registered dietician and performance dietician for the Cleveland Cavaliers, said diet is fundamentally connected to the body’s immune system, which suggests that fine-tuning what we eat can translate into better energy, gut function and sleep.

She added that eating the right foods after a hard workout is just as important as doing so before.

“Your cells are frantically looking for fuel immediately after they have been beaten to the curb from your physical exertion,” said Bogden, founder of the Functional Sports Nutrition Blog. “If they do not receive fuel [within 15-60 minutes of a workout], they remain damaged, thus leading to soreness, fatigue and pain.”

The bottom line: While different diets undoubtedly will work differently for everyone, the best performance results come from balance, moderation and variety.

Matt Villano is a freelance writer and editor based in Healdsburg, California. His diet comprises a balance of fruits, vegetables, proteins and gummy cola bottles.