International competition sees countries pitted against one another, which is why any cheating is treated with incredible seriousness. But a new study shows how journalists shape beliefs on "doping" with their words and framing techniques, often reinforcing tropes about why and how athletes dope.

The use of prohibited performance-enhancing drugs, or PEDs, by athletes is nothing new.

In the ancient Olympic Games, athletes “doped” with mushrooms, alcohol, and bulls’ blood and testicles. By the 19th century, competitors migrated to other substances, such as caffeine, nitroglycerine, and opium. When Danish cyclist Knud Enemark Jensen died during the 1960 Summer Olympics after allegedly using Roniacol, a medicine used to improve blood circulation, waves of Olympians publicly came forward, acknowledging that PED use was commonplace in numerous sports. The International Olympic Committee introduced drug tests at the 1968 Winter Olympics, and the World Anti-Doping Agency was created in 1999 on the heels of the Festina Affair cycling scandal to govern worldwide oversight of doping in sport.

Today, athletes in sports ranging from baseball to track and field continue to dope and anti-doping efforts continue to attempt to catch and stop them. When those efforts succeed, scandals ensue, attracting media attention and coverage.

How, exactly, those scandals are covered varies by country. And those differences have potential consequences for how fans and sports policymakers alike think about doping, as well as how to address it.

In a recent study, I, along with Jennifer Harker, PhD, of Lipscomb University, analyzed how American and Russian journalists covered doping scandals of their own athletes and athletes hailing from the other country after the athlete in question denied using PEDs. We examined 422 English-language American- and Russian-language Russian news articles and television broadcast transcripts published or aired between Aug. 1, 2012 and Aug. 30, 2013; then again from Aug. 2, 2015 to Aug. 29, 2016.

The 2012-13 period denoted the height of the American cyclist Lance Armstrong doping coverage, during which he confessed in a television interview with Oprah Winfrey that despite years of denials, he won his record seven-consecutive Tour de France titles with the help of PEDs. The 2015-16 time period was the height of Russian Olympic track-and-field coverage, during which a 2016 World Anti-Doping Association investigation concluded “beyond a reasonable doubt” that Russian government officials “operated for the protection of doped Russia.”

Related: What We Can Learn From the Harmful Body-Shaming Culture Around the University of Oregon Track Program

The study built off past research that found when athletes accused of doping deny the accusations, sports journalists, in turn, challenge the denial, identifying a target and placing blame. Doing so is what scholars refer to as “adversarial role enactment.” According to one study, when journalists enact an adversarial role, they present an issue as “something that is right or wrong, good or bad, positive or negative, or otherwise should or should not be done.” Journalists use an adversarial role when they become an antagonist or quote an antagonist while attributing responsibility for a conflict or disagreement.

On the athlete’s side, denial as a rhetorical self-defense in interviews often incites adversarial journalism in American sport scandal reporting. In a 2018 Journal of Emerging Sport Studies article, I surveyed sports journalists working throughout the United States and found that most sports journalists identified with the adversarial role, saying they strongly believed that “being skeptical of coaches, athletic directors, and other administrators’ claims” was an important component of their jobs as sports journalists.

To understand how this intersected with doping allegations, a time when athletes are likely to deny allegations, we investigated whether American and Russian journalists, enacting adversarial roles, framed doping scandals as isolated, episodic incidents or as larger, complex thematic problems. This, of course, was important because the way audiences interpret an issue or event is largely based on the framing journalists adopt when crafting their coverage.

According to sociologists William A. Gamson and Andre Modigliani, a frame is “a central organizing idea or story line that provides meaning to an unfolding strip of events.” Two overarching frames often examined in journalism research are episodic and thematic. Episodic frames depict episodes, or, as researcher Shanto Iyengar puts it, “issues in terms of individual instances or specific events.” These are often through the lens of an individual’s personal narrative. The problem is couched as belonging to that individual.

Thematic frames, on the other hand, focus more on breadth and background information. Problems are presented as collective issues, often with government- and/or society-level solutions.

Our study found that despite hailing from dramatically different media systems, Russian and American journalists’ use of episodic and thematic frames did not initially appear to be significantly different. However, when we controlled for an athlete’s national origin (i.e., “their own” athlete or that of the other nation), substantial differences emerged.

When reporting on Russian athletes or teams, both Russian and American journalists framed the issue more thematically, presenting doping as a collective problem, often with government-based solutions. For example, an April 2, 2016, article in Russian-language publication Izvestia about skeleton racer Pavel Kulikov testing positive for doping, quoted Kulikov saying WADA banned meldonium because of its popularity among athletes from the Commonwealth of Independent States. The CIS is an international alliance of nine member nations formerly part of the Union of Soviet Socialist Republics, or USSR, which dissolved in 1991.

However, when reporting on American athletes or teams, both Russian and American journalists framed doping more episodically, portraying the scandal as an isolated issue, specific to that athlete accused of doping.

For example, on Aug. 23, 2012, an article written by Juliet Macur in The New York Times quoted Armstrong saying there was “zero physical evidence to support” U.S. Anti-Doping Agency Chief Executive Travis Tygart’s “outlandish and heinous claims” that Armstrong doped. “The only physical evidence here is the hundreds of controls I have passed with flying colors,” Armstrong said. Five months later, a Jan. 18, 2013, article published by Stepan Chaushyan in the Russian-language publication Argumenty i Fakty reported that Lance Armstrong was convicted of doping, stripped of his titles, and admitted that no one could win seven Tour de France competitions without using illegal drugs.

Related: What Happens When An Athlete Takes ‘The Pill’?

We also examined how other framing techniques were used in doping coverage. Political scientists use five other frames to understand U.S. news coverage: conflict, economic consequences, human impact, morality, and more recently, attribution of responsibility. For example, in the Macur article, a morality frame materialized in a quote from Tygart, who said it was, “a sad day for all of us who love sport and our athletic heroes. This is a heartbreaking example of how the win-at-all-costs culture of sport, if left unchecked, will overtake fair, safe, and honest competition.” However, these frames weren’t prevalent enough in Russian coverage of Russian athletes to run meaningful statistical tests comparing the Russian and American coverage. Russian journalists, for example, did not include moral messages concerning steroid or drug use or mentions of disciplinary action taken against doping athletes. Both American and Russian journalists covering Russian doping scandals most often pointed to some level of government being responsible for solving the problem and noted WADA’s involvement.

An example of this is a Nov. 9, 2015, NBC News story that reported 2012 Olympic Women’s 800-meter winner Russian Mariya Savinova and third-place winner Russian Ekaterina Guliyeva were to be banned for life for doping. The report cited “systematic doping and a deeply-rooted culture of cheating in Russian athletics.” Dick Pound, chairing the WADA investigation, said, “We found cover ups, we found destruction of samples in the laboratories, we found payments of money in order to conceal doping tests.”

These issues are not limited to the mid-2010s and have implications for sports journalists covering doping today. Russian figure skater Kamila Valieva, then 15 years old, made headlines at the 2022 Beijing Games after testing positive for a banned heart medication. Based on what we found in our study, my co-author and I concluded that when sports journalists frame stories episodically, they are more likely to place blame on an individual for doping in sport and less likely to dig deeper into the myriad of larger systems contributing to athletes’ doping. Investigating these larger issues and clearly presenting them to the sports news audience is an important step understanding doping better – and creating more effective solutions for addressing the components that influence it.

The study was recently published in International Journal of Sport Communication. An ahead-of-release version of the full study is available here.

The Influence of Sports Media

The media shapes how people view characters and issues in sport and society. Today, however, journalists' stories are increasingly found online and on social networks in addition to more traditional mediums like print, television and radio.

As the media itself has changed, its relationship to and impact on athletes and the sports industry has changed as well. Does a more disparate and diverse media ecosystem inspire hope for a better future in sport, or could old pitfalls arise again in an era defined by digitization and immediacy? 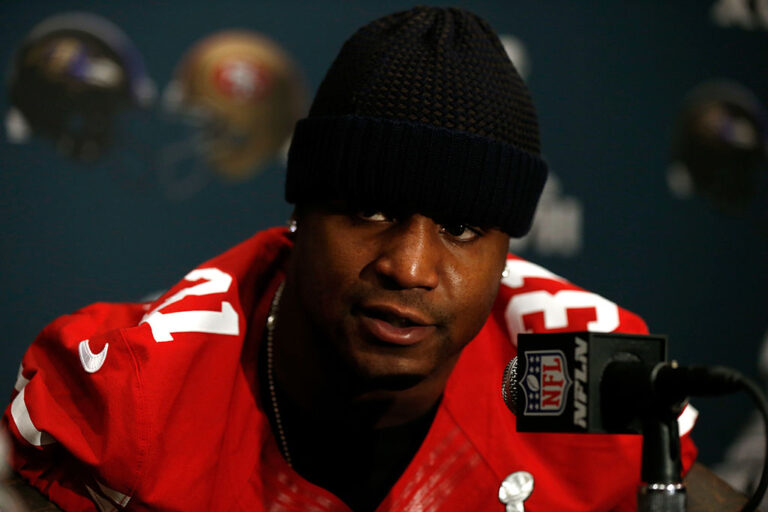 What Is Sports Media's Role When It Comes to Mental Health?