A new Field Study from the Global Sport Institute shows that Major League Baseball managers remain mostly White and that managers of Color tend to have more experience yet are given less leeway for losing once hired. MLB could have responded to prominent Black figures’ warnings about their community’s relationship with the sport as early as the 1970s, but didn’t.

Back in the late 1980s, I was a baseball card addict, idolizing the players whose faces looked up at me from my white, overextended three-ring binder. The rings on that book still don’t fully close, and some of the pages are falling out, flush with the many Black stars who drew me into the game. If a person who knew nothing about Major League Baseball flipped through my cards, they’d be given the false impression that it was a majority Black league. And who could blame them? Or me? I was hardly the only young Black kid who gravitated toward Black superstars such as Ozzie Smith, Kirby Puckett, Bo Jackson, Rickey Henderson, and my favorite, Eric Davis. They made baseball cool. At the time, I didn’t realize that the sport was already in the middle of a steep decline in Black players – a talent drain MLB has yet to recover from.

All of these explanations are valid. But they don’t tell the whole story.

Baseball was warned. In a 1974 article about the lack of Black MLB managers, the Sporting News pointed to an equally pressing concern: the decline of the Black player. Editor C.C. Johnson Spink wrote that over the previous five years, there had been a significant drop in the numbers of African-American players drafted, from 40 percent to roughly 15 percent. Spink also wrote that, statistically, Black players had outperformed their White counterparts.

If Black players left baseball, he concluded, then the game would suffer.

Three years later, Atlanta Braves general manager Bill Lucas, the league’s first Black GM and also the highest ranking Black official in MLB at the time, sounded a similar alarm, telling a reporter, “I’ve noticed a decline of Black ball players drafted and being funneled into the minor leagues and a decline in the number pursuing the major leagues. It’s an indication we may be losing some good athletes to other spring sports.”

Lucas wasn’t alone. The popular Black sportswriter Doc Young wrote numerous editorials about the decline of the Black superstar. Investigative pieces in newspapers across the country highlighted the general decline of Black American players. MLB officials publicly stated there was a problem. Monte Irvin, who integrated the New York Giants in 1949 and was at that time working in the commissioner’s office, said, “Black kids are not just playing as much baseball as they used to.” His solution? Get the kids when they were young. As he put it, “in the inner cities, a kid may have baseball ability right after he gets out of grade school but doesn’t know what to do with it. We have to get scouts to dig him out, to tell him where to play.”

Still, Lucas seemed largely unfazed. “I don’t think it’s serious, though,” he said. “The Black ballplayer’s not becoming extinct, or anything like that.” MLB lacked urgency, too. Perhaps the sport’s leaders were blinded by the fact that, in 1977, Black superstars were still prominent. Though Henry Aaron, Willie Mays, and Jackie Robinson were gone, players such as Joe Morgan, Reggie Jackson, Willie Stargell, and an aging Lou Brock were thrilling fans. MLB had two Black MVPs in George Foster and Rod Carew; two Black Rookies of the Year in Eddie Murray and Andre Dawson; a host of rising Black talents including Dave Parker, Dave Winfield, and Willie Randolph; and a Black No. 1 draft pick in Harold Baines.

That year, the most MLB did to reconnect with Black youth was to use Jackie Robinson Week – the 30-year commemoration of his breaking the color barrier during All-Star Week – to, as Irvin put it, “make them (young Blacks) aware of Robinson’s contributions.”

That would not be enough.

At the game’s lower levels, the Black talent drain already was underway. For years, Black players had argued that teams had unwritten quotas governing how many Black players they would have on their rosters. Because of these quotas, they believed that Black players had to be great – or else they would never get a real chance to carve out playing careers. Black kids believed this, too. Gates Brown, a former Detroit Tiger who worked in the organization after his retirement, said in 1977 that when he tried to recruit Black kids, “you still get the same line: you got to be twice as good as the White kid.”

Brown had no remedy except to say, “Be tough, hang in there.”

Crucially, baseball’s scouting system had changed. According to Hall of Famer Frank Robinson, when barrier breakers like Jackie Robinson came in, most teams started to sign Black talent, believing that was the best and cheapest way to compete. A generation later, however, scouts felt that they had tapped that mine. So they stopped looking for Black gems – or even showing up at all. One Black player concluded that White scouts refused to go to the inner city and scout Black players because they were afraid. Meanwhile, Black scouts were disappearing. Of the 566 official MLB scouts in 1982, only 15 were Black. Fourteen teams did not have any full-time Black scouts. That led the great Joe Morgan to ask, “How can you expect to sign a lot of Black players if you don’t have a lot of Black scouts?”

This lack of Black scouts coincided with teams’ increasing dependency on drafting college players. From 1972 to 1982, MLB teams went from drafting 334 collegians to 615, a near reversal of numbers when compared to high school players. Pittsburgh Pirates player Bill Madlock believed that this was intentional, done because fewer Black players played in college. Purposeful or not, the change had a huge impact on the Black talent pool for two reasons. First, by the 1970s, a number of Historically Black Colleges and Universities, or HBCUs, had begun dropping baseball. As Black Sports reported in a 1971 article, these schools lacked the resources to field teams. Most did not offer scholarships. Without that, many potential players instead chose to concentrate on their books. Second, the predominantly White institutions that could offer baseball scholarships were limited to only 13 per team. As a result, a host of young Black athletes who looked to college sports for potential economic mobility saw limited chances in baseball and so tried their luck with football and basketball, "They seemed to be turned off by baseball,” said Brown, the Tigers lifer. “More concentrate on football and basketball. There's more money, and they get to the big-time quicker."

Baseball also lost Black talent because America’s structural inequalities had taken their toll on the inner city game. In the late 1970s, youth coaches noted that while the sport was doing fine in the mostly White suburbs, inner cities struggled to field teams from the Little League to high school levels. As one youth leader in Miami put it, they lacked money for league sponsorships, kids couldn’t afford equipment, and the facilities were neglected. MLB officials understood this, and, Irvin concluded, “they don’t have the wide-open spaces for baseball anymore.” But the sport didn’t do anything about it.

With MLB unwilling to truly step in, it mostly fell on individual Black players to do what they could. In the late 1980s in Los Angeles – a city that had a rich history of producing Black talent – Black stars such as Darryl Strawberry and Eric Davis saw the warning signs. They returned to practice at Harvard Park, a public gathering place in the middle of one of the most dangerous sections of the city, the type of place where you were more likely to see someone struck by a bullet than struck out by a pitch. They helped youngsters with tips and gear and otherwise remained a presence, letting Black kids know that baseball could be a future home for them, too. Soon, programs like Reviving Baseball in the Inner Cities, which is run by MLB and still exists today, would follow their lead to provide kids with opportunities to play ball.

But by then it was too late. Baseball’s failure to get out in front of the problem in the 1970s and early 1980s had real and lasting consequences. The number of Black players in MLB remained relatively stable from 1977 to 1987 – and then the well nearly dried up. Today, the number of African-American players sits at an all-time low of roughly 7 percent. If MLB wants to increase Black American participation in the game, the league will have to make massive investment in youth baseball, bring more Black decision-makers into the fold, and stop repeating the same tired lines that the game isn’t as cool or appealing as basketball and football.

Today’s baseball fans, a demographic group that itself is also shrinking, have far fewer Black stars to get excited about. Yesterday’s icons warned us this day was coming. But the league never righted the ship. And that makes it fair to ask: Even now, is the league truly dedicated to fixing this problem? 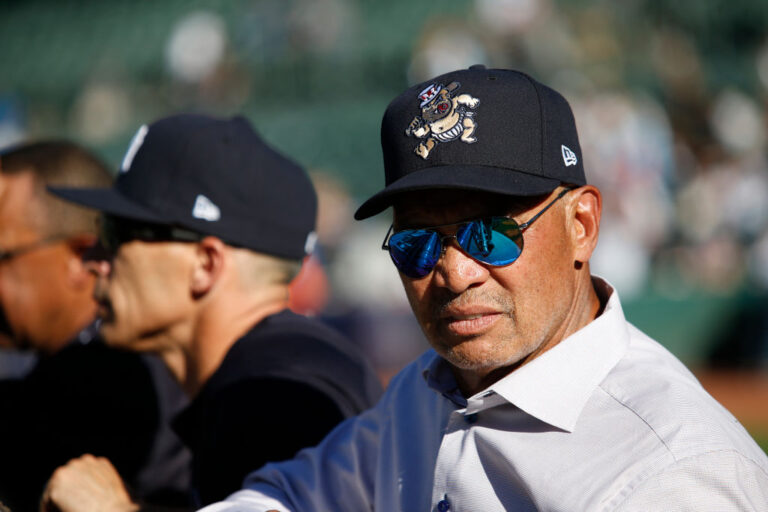 ‘The Inequities Still Are Large’: A Conversation With Reggie Jackson on Baseball and Race 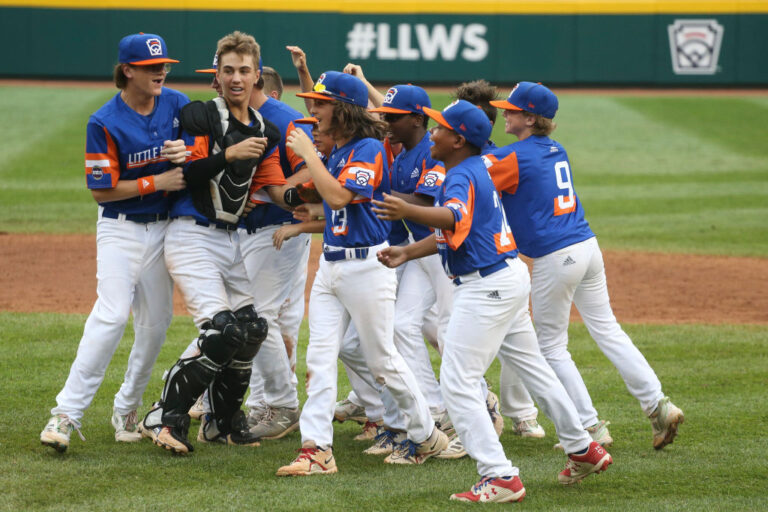 Out at Home: How High Costs and Low Representation Prevent Black Youth From Playing Baseball