Title IX is about to celebrate its 50th Anniversary. What used to be a fairly simple issue has now become more complex, as the definition of 'being a woman' has been expanded by athletes who view the terms as limiting and imposed by societal norms.

In the spring of 1976, four years after the signing of Title IX, the landmark equity-in-education legislation, and eight years after Yale University voted to admit women applicants, 19 college-athletes marched into the office of the director of physical education and peeled away their Yale training uniforms to reveal their bare bodies. Across their chests and backs they had written, “Title IX.” A photo of the day’s protest taken by a Yale Daily News photographer shows Joni Barnett, physical education director, gawping at captain Chris Ernst as she read a prepared statement decrying the conditions of the women’s rowing program.

They protested because the women’s rowing team, newly formed and already better than the men’s, could barely qualify as a program: the team had no locker rooms, no bathrooms, no equipment manager, and no one to wash their uniforms. Either because of a supposed lack of money or because they were women, the university didn’t think the team was worth the investment. "I think women were theoretical to them, but not real,” Ernst told me recently, reflecting on the women's treatment as athletes. After practice, the women athletes would wait on the bus that they shared with the men’s team, still soaked with cold river water, while the men athletes showered away any evidence of their training. Their conditions were a violation of Title IX, and the athletes wanted to do something about it.

The protest was successful by a number of measures: the Yale women’s rowing program got the showers, bathrooms, and locker rooms they demanded; the university hired a faculty member to oversee Title IX compliance; nationwide, universities hurried away to engender Title IX equitability within their own athletic programming. “They found, magically, the money,” Ernst told me. “The university finally had to realize they're gonna have to have a program for women; they're gonna have to actually acknowledge and obey Title IX.” Revealing themselves had worked, and the Yale women produced a kind of public-facing vulnerability that’s often needed to create broader social change.

Looking back on the 1976 protest through the lens of 2020, time grants truths room to come into focus. The athletes seemed to know that vulnerability, when used as a tool by the vulnerable, can be powerful, and escaped the duality of this: that vulnerability, when used as a weapon onto the vulnerable, can be debilitating. Rather than accepting the university’s treatment that relegated the women’s team while pretending it didn’t exist (why provide showers or locker rooms for women athletes if there were no women athletes?) the women fought their supposed invisibility by forcing the university to look at them, literally. “I'm here, this is me, and you don't get to say anything about it,” Ernst said. “I get to say what I do with my body. That was a very radical thing.” It was radical and practical. Sports cannot be played without bodies, which is likely why bodily protest by athletes are so effective: they use the same tools. The women rowers had made verbal appeals to athletic administrators about their conditions, yet it was revealed naked bodies that made demands words couldn’t.

Without clothing, there are no layers between individuals and institutions, nothing to protect athletes from the elements; it is an invitation for scrutiny. Ernst said, “I've come to the conclusion that white men are afraid of women, and that's what all this 'cover-up,' 'let me hurt you,' you have to look like this,' 'you have to dress up for me,' 'you have to take your clothes off for me' [is about.] Whatever it is, it's because they're afraid and they want to control.” For the women who felt the cold sting of the Housatonic each morning at training, the violence and implied threat from members of the men’s team who called them “sweathogs,” and the humiliation of being told they weren’t worthy of resources despite a proven winning record, the reaction to their nudity (or the fear of nakedness itself) could not hurt much more

Still, there is an odious quality to the shared knowledge that revealing one’s body is a kind of cultural shorthand for honesty, and this belief, that bodies contain an essential truth about an athlete’s worthiness or gender is not only wrong but dangerous.

JayCee Cooper, a competitive powerlifter and activist from Minnesota, has been advocating for admission to her sport for years. In early 2019, USA Powerlifting barred Cooper from competing because she’s a trans woman.

The exclusion of women from athletics is often used as a justification for protecting women from themselves, at least, that’s why USA Powerlifting is attempting to ban Cooper. But Cooper said that any justification for her exclusion is about protecting power. “White cis men are always worried about losing power in a societal system that is created to prop them up and gives them advantages throughout all of society … it’s gotten so far that we don't even know what to call it, when in fact it's just White Supremacy,” Cooper said.

Now, Cooper is fighting a regulation that is specifically designed to exclude and dehumanize trans women athletes, and in the months since she filed a lawsuit with the Minnesota Department of Human Rights, Cooper has offered direct appeals to the gatekeepers of powerlifting. Cooper said that trans athletes “constantly show up — and we have to show up — as our authentic selves because we have to go through all of the processes to prove that we're women, to begin with.” Part of that process is to turn over medical information to professional athletic committees, which Cooper has.

Then there’s the informal part of revealing herself to decision-makers: making herself known to the public. By denying her petition to compete, USA Powerlifting forced Cooper into the spotlight; her legal battle and her life became public. Pushback was inexorable, but Cooper said that she “had to approach those spaces knowing that if I didn't expose myself, if I didn't give a more intimate look at who I really am, then the audiences that aren't familiar with trans people are gonna gravitate to the stigma and assumptions about who trans people are.”

A myriad of socially-condoned tools, each given further social power by their codification, coerce trans athletes into undergoing violent and degrading bodily examinations; self-revealing, for trans women, is not available as a means of protest because the demand that they expose themselves is a prerequisite for existing. Even then, as a white trans athlete, Cooper does not face any of the scrutinies leveled against Black trans athletes and other trans athletes of color. This too is by design. Cooper said, “It’s important to remember that the idea of the gender binary was something that was created through colonialism and White Supremacy, and enforcing these strict ideas about gender is racist.”

We demand women’s bodies, we entreat women to comply in their own social consumption, and we do so unevenly. How to ensure equity in sport has never truly concerned about the health of bodies or holistic treatment of athletes — if it were, the Yale women would have had access to showers. Rather, they’re about the control of women’s bodies. The Yale women were heard when they said, you can’t control me, but who will hear Cooper? 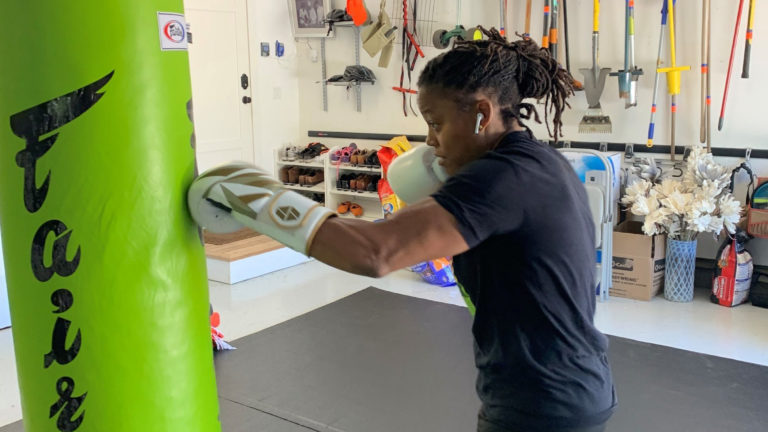 A Pandemic Cannot Stop Her