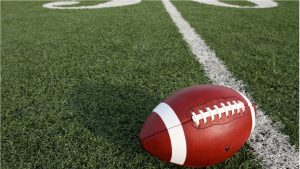 Since we issued our Field Study we have been following the NFL head coaching hiring process closely. The Fritz Pollard Alliance, an advocacy group focused on these diversity hiring issues issued the following statement on January 13, 2020:

"We were painfully reminded through this past hiring cycle that attaining diverse leadership in the NFL can only happen through the willful actions of the Team Owners and decision makers.

True devotion to diversity starts with a recognition of the profound good that it can bring to the Game. It embraces a belief that the benefactors who contribute to the business of football should also share in the benefits. It embraces a core belief that the Game should be accessible at every level for those that possess the skills and who have the resources to meet their aspirations.

The abysmal record of hiring people of color in high ranking levels of NFL management is a reminder of the dark periods of civil rights history. In 100 years of professional football, the NFL has moved from Fritz Pollard as its first African-American Head Coach in 1921 to four Head Coaches of color in 2020. The League has only one African-American General Manager. There are no African-American club presidents.

The 2019 NFL Racial and Gender Report Card issued by The Institute for Diversity and Ethics in Sport (TIDES) at The University of Central Florida stated that racial hiring in the NFL is the worst it has been in the last 15 years. While the NFL can boast 70.1% players of color in 2019, it can only point to 12.5% Head Coaches of color, 6.3% people of color in the GM/Principle in Charge category, and 12.8% people of color at VPs and above. Per the TIDES report, the NFL received grades of D+, F, and D+ in each of the respective areas. In contrast, the report stated that 33.6% of NFL Assistant Coaches are of color. These statistics bear out the glass ceiling faced by coaches and front office executives of color as they try to move up the ladder.

We are in a battle for social justice. The current system of hiring and promoting talent into the upper levels of NFL management is a flawed system. We cannot expect fairness if business remains status quo. Our focus must shift from counting emblematic victories each year to calling for measurable initiatives that support sustainable progress.

We believe that Commissioner Roger Goodell wants to be on the side of progress. We recognize there are NFL teams that embrace diversity of leadership as good for the Game.

The Fritz Pollard Alliance is calling on the National Football League, Owners and Club leaders to develop specific diversity action plans to improve diversity in all aspects of management. Our goal is to inspire better results and to work with all NFL stakeholders to come up with meaningful solutions.