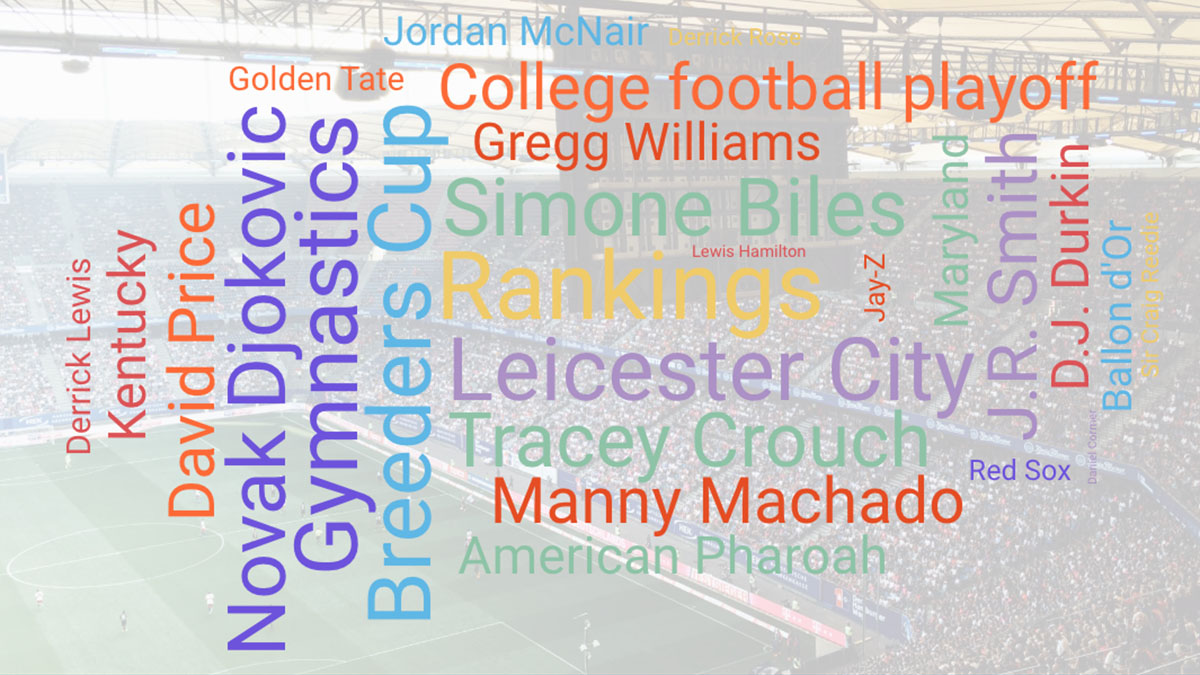 Maryland student government calls for resignation of Board of Regents chair

In wake of the DJ Durkin hiring/firing at the University of Maryland, student-government organizations called for the removal of Board of Regents chair James Brady. This is an example of student power and voices being heard against an abusive coach that led to the death of a student-athlete (Jordan McNair). While Brady does defend the Board's decision to hire Durkin, the fired him a day later from the backlash. Students protested on Thursday to support their fellow student-athletes.

Called the "first tennis star of her generation," 14-year-old Cori Gauff recently signed a multi-year sponsorship contract with New Balance. She is the reigning junior French Open champion, but her age limits her to only playing eight pro tournaments a year.

She was battling a kidney stone. She sat down on her vault. She fell off the balance beam. She went out of bounds during her floor routine.  By all accounts, four-time Olympic champion Simone Biles was not having a good day during the women’s all-around final at the World Artistic Gymnastics Championships in Doha, Qatar, on Thursday. Yet, despite a performance that would be the stuff of nightmares for any elite gymnast, the 21-year-old phenom somehow still managed to find herself at the top of the podium, making history as the first female gymnast to win four all-around world titles.