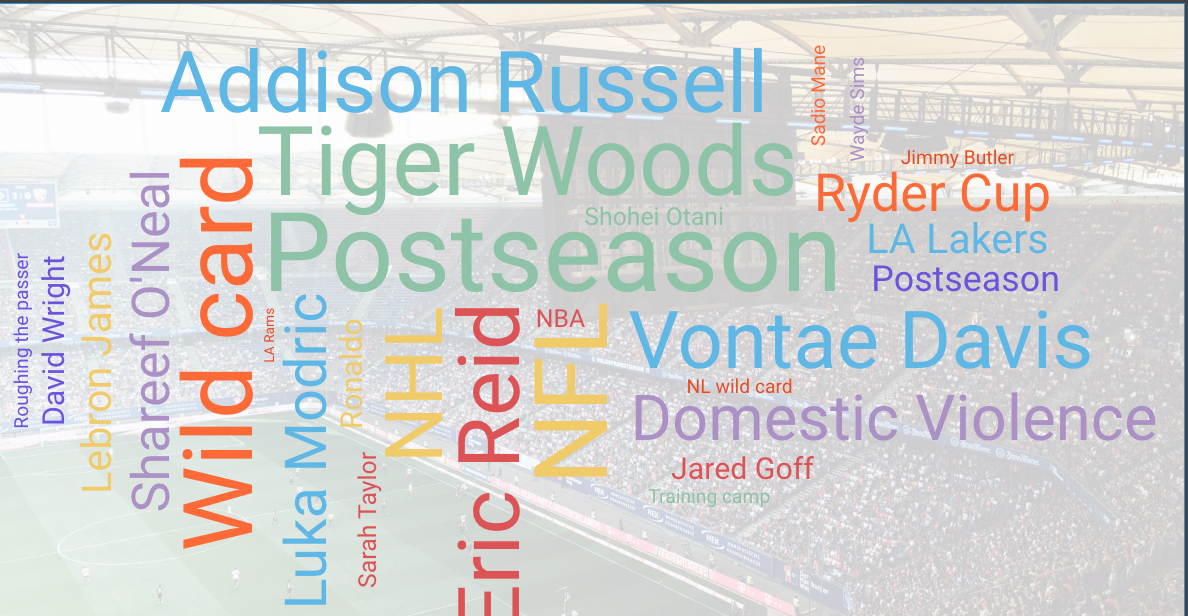 What do teams, stadiums and events managers do with leftover food?

A company called Copia is dedicated to serving communities around the United States by taking the leftover food from NFL stadiums, cafeterias, events and restaurants and delivering it to food drives and shelters. There is so much leftover food thrown out every day, and NFL events and stadiums now instead of throwing out the leftovers are giving back tot he community. The San Francisco 49ers specifically has donated over 22,000 meals to the lower income Bay area housing, over 26,000 pounds of high-protein, high-quality food.

Rising technological innovations have helped niche sports such as cycling and kitesurfing gain audience in ways never before imagined. Now, instead of hoping your sport gets picked up by a network, Instagram Live, Youtube, Twitter or Twitch streams, or Reddit all serve as ways for consumers to follow and watch non-traditional sports. This opens up the door for testing popularity and understanding how consumer's watch sports in todays digital age.

Sportlogiq, which is a company that provides analytics for hockey teams using artificial intelligence, has caught professional hockey by storm. Over three quarters of the NHL uses this software, and is used universally in the Swedish Hockey League. Even some NFL and NBA teams are using this technology. Basically what this software looks to achieve is to break down game tape based on a variety of factors that human worker's usually would. “We’re going to build a technology that can see and understand and describe the game the same way that a human would.”

The Maryland athletic director Damon Evans has said that he received inaccurate information regarding the death of offensive lineman Jordan McNair. McNair passed away after suffering from heat stroke during a workout. Maryland head coach DJ Durkin has been on leave since the investigation of the death started before the season. Information about the culture of the coaching staff at the University has been coming out detailing the abuse of players at the hand of the coaching staff. Evans said that he was told that McNair completed the workout on his own, but the investigation shows that he did not.