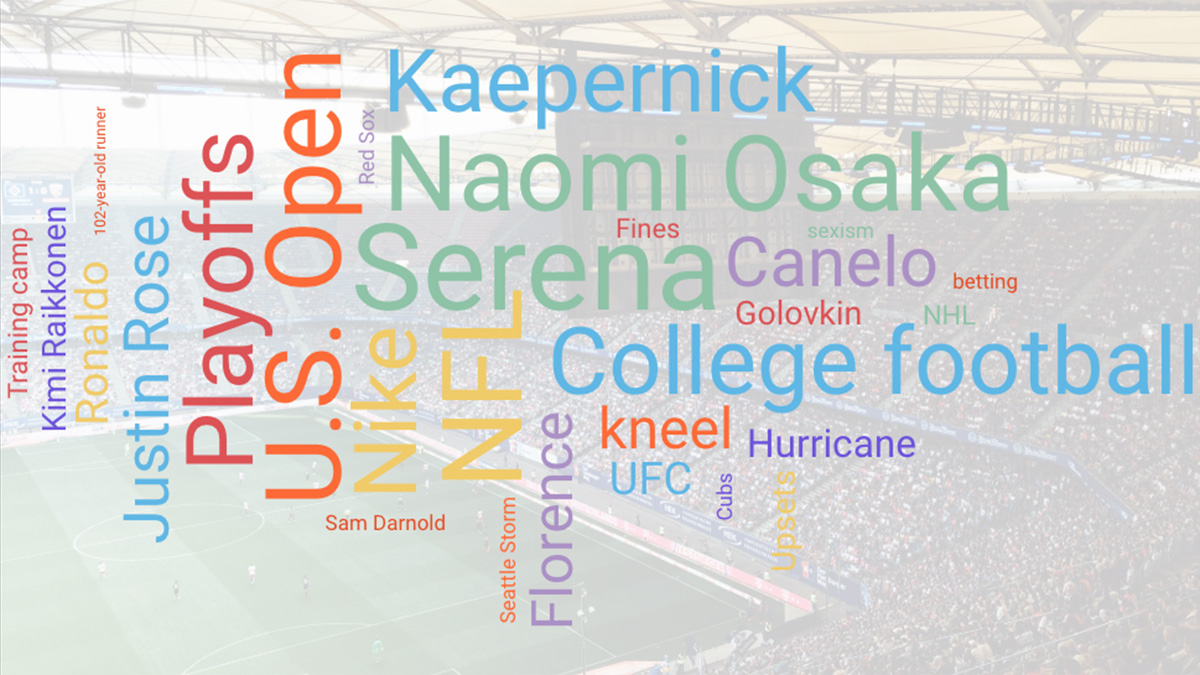 We all experience that feeling that the week can sometimes get away from you. News happens so quickly that it might feel like you don't have a chance to know what is going on in the world. Starting this week, GlobalSport Matters will gather stories you might have missed. These stories will include new breakthroughs in sport science, information about changing technology and just good reads about the global sporting community. Have a story you'd like us to know about and share? Let us know.

Social media went crazy on Monday morning when a cartoon of Serena Williams was published in the largest newspaper in Australia, the Herald Sun. The cartoon featured Williams drawn in a way that opponents say reinforces racial and gender stereotypes about black women. The cartoon also features her opponent, Naomi Osaka who is of Haitian and Japanese, as a white blonde woman.

The paper decided to defend the cartoon claiming that those offended were just a part of the PC crowd.

51-year-old Liberian President George Weah returned to the football field to help lead his team to a 2-1 victory against Nigeria in a friendly match. Weah is the only African to win the Ballon d'Or and FIFA World Player of the Year, and his age hasn't taken away his raw talent. Substituted at 79 minutes, Weah held strong as he captained the team.

The Supreme Court in New Delhi agreed to hear a petition seeking to declare right to sports as a part of fundamental rights in line with the right to education.

The Supreme Court bench then passed the order on a petition filed by a law student pleading the court to intervene and direct the governments to encourage sports culture in educational institutions. Will this place India in medal winning countries? Sports could possibly improve youth education at the same time?