In MLB's latest collective bargaining battle, team owners are looking to make the sport’s labor market less competitive—the better to pay players a smaller share of league revenues—while players are seeking the opposite. This fight reflects conditions in the larger American economy, where anticompetitive business practices have resulted in workers receiving a shrinking slice of the pie.

At a time when Spring Training should have been roaring in Arizona and Florida, Major League Baseball owners and players were instead locked in a fierce collective bargaining standoff from December through March. The sport’s on-field workforce demanded compensation in terms of their share of league revenues as opposed to their absolute levels of pay. One does not need an economics degree to understand why: while MLB revenues rose to a record $10.7 billion in 2019 (baseball’s last pre-pandemic year), player salaries declined by 6.4 percent during the most recent collective bargaining agreement (CBA), which was signed in 2016.

That divergence is exactly what team owners want. Basically everything they propose in CBA negotiations is a way to make baseball’s labor market less competitive in order to pay players a smaller share of the sport’s revenues. Owners are after the same thing they pushed during the 1994 lockout — a salary cap.

By contrast, the players’ proposals sought to reverse this trend: an increase in the rookie minimum salary, a decrease in time to arbitration from three years to two, and decreasing the time to free agency from six to five years. All of these measures address the underlying causes for declining player wage shares — declines in the average length of player’s career and the share of position players over 30.

The players are correct to fixate on labor share. They are the product. Because the sport’s revenues principally reflect their contributions and work, it follows that their compensation should be tied to league revenues. Since the early aughts, however, the opposite has occurred: the players’ share of revenues has declined, going from a high of 58 percent in 2003 to just 45 percent in 2015. MLB owners have not made any contribution to the product since 2003 so substantial that it would justify them collecting a larger share of the economic pie. Any owner investments that have contributed to higher revenues would necessarily work through the players’ enhanced productivity.

In a new article, Kennesaw State University economics professor J.C. Bradbury concludes that the revenue-sharing rules of baseball’s most recent CBA are partially to blame for the decline in the players’ revenue share. Under those rules, revenue sharing among franchises increased substantially, as struggling teams drew greater subsidies from prosperous ones. In turn, this chilled the labor market. “If you’re sharing more revenue, winning is less important to your bottom line, so you have less incentive to bid for players,” says Bradbury, whose paper rules out competition from substitute labor inputs and changes in returns to physical capital as alternative explanations.

Historically, baseball players have fought hard to achieve gains in labor share, principally by securing free agency. So long as owners must compete for talent in an open market where players enjoy mobility, the elasticity of labor supply—how much labor will leave in response to a small decrease in wages — will be high. The more options players have, the less likely any owner will be able to pay them less than the market rate. In a competitive market, employers pay wages up to what economists call the marginal revenue product of labor (MRP): the additional revenues that hiring one extra employee generates. Of course, that’s the maximum the owners will pay; ideally, they would prefer to pay well below the MRP and pocket the profits. (If that sounds familiar, it’s because that’s how the National Collegiate Athletic Association’s amateur economy works.)

If an owner offers to pay below-market rates in a competitive labor market, the player will go elsewhere. Remember the saying from the old LendingTree commercial “When banks compete, you win”? That’s the idea here, too. In a seminal 2004 article, sports economics pioneer Gerald Scully calculated compensation as a share of MLB revenue and observed a spike in players’ revenue share after achieving veteran free agency. He explained that “[w]hile all professional team sports had monopsonistic labor markets (a market with just one buyer) in the past, all have veteran free agency now. This change from a restricted to a free labor market … creates a natural experiment in which the effects of freedom of the market can be examined and measured.”

By contrast, throwing sand in the gears of labor mobility can decrease the players’ share of revenues. Professional sports owners and leagues seek to stymie labor mobility in many ways, including merging with platform rivals or inserting onerous terms in player contracts such as non-competes or right-to-match provisions. For example, from the 1950s to early 70s, National Basketball Association (NBA) players were bound by a reserve clause that tied a player to whichever team held their rights; if the offer came from a team in another league, however, the reserve clause did not apply. (Such restrictions mirror those that the NCAA and its member schools imposed on college athletes’ ability to transfer between schools based on the fear that coaches would poach players.) In 1966, a rival basketball league, the American Basketball Association, launched, providing NBA players and college basketball players an alternative platform for their talents. Sports economist David Berri (a Global Sport Matters contributor) has found that in the first years of the ABA’s existence, the NBA did not take the ABA seriously enough to dramatically change the wages it was paying its players, with the labor share hovering at 27 percent in 1970-71 season. By the 1972-73 season, however, the average NBA salary increased by more than 145 percent in nominal terms, and the percentage of NBA revenues paid to NBA players also rose dramatically. The two leagues merged in 1976—and in order to obtain labor approval, they agreed to dissolve the reserve clause.

Sports are a microcosm of the larger economy, and the financial motivations and machinations of sports owners reflect those of America’s corporate executives. In the economy writ large, workers have collected a shrinking percentage of their employers’ revenues: following a brief upturn in the late 1990s, the labor share of U.S. income has fallen from 63.3 percent in 2000 to 56.7 percent in 2016.

Is a lack of competition for labor to blame for this decline? For a long time, mainstream economists have operated under the assumption that labor markets are perfectly competitive—which means other factors must be responsible. For example, David Autor of the Massachusetts Institute of Technology and others have propagated a theory that declining labor share can be attributed to “superstar firms” that have overtaken industries and just happen to not use as much labor for production.

However, a new Treasury Department report released this week finds that the lack of competition in the job market costs workers, on average, 15 to 25 percent of what they might otherwise make. Listing all of the tactics used by employers to weaken labor competition and undermine pay — including non-competes with workers, no-poaches with rivals, acquisitions of rivals, and outsourcing of work to contractors — the report concludes that the labor share is falling due in part to the lack of competition employers face for labor. Upon the report’s release, Ben Harris, Assistant U.S. Treasury Secrgetary in the Office of Economic Policy, said that “there is a recognition that the idea of a competitive labor market is a fiction.”

Related: Following Contraction, Minor League Baseball Is Smaller. But Is It Better?

Just as a business that has a monopoly selling a particular product or service marks up its prices over a product’s marginal costs, a business that has a monopsony buying a particular form of labor marks down wages below a worker’s MRP. Research shows that when a single firm becomes a dominant buyer in a relevant labor market, it can impose a larger markdown, leading to a smaller labor share. An important new paper studying the effect of a competition-reducing hospital merger found that it had a substantial effect on wages for workers whose skills are much more useful in hospitals than elsewhere, such as nurses.

Like nurses, baseball players’ unique skills are especially useful in a particular setting: on the field. Decreased competition among baseball owners and clubs means decreased labor leverage and a decreased piece of the overall pie — and not just at the major league level. Minor League Baseball players earn a measly $10,000 to $14,000 per year, do not get paid for overtime, and do not receive benefits during the offseason, in part because a seven-year rookie contract lockup period prevents them from entering free agency and selling their services to the highest bidder.

The good news? After many decades of ignoring the adverse effects on workers from corporate mergers and other anticompetitive business practices, the federal government is beginning to enforce antitrust law to curb exploitation and restore wages to competitive levels. The U.S. Department of Justice filed a case to block Penguin Random House’s acquisition of rival publisher Simon & Schuster based largely on a theory of harm to authors. According to the Capitol Forum, the Federal Trade Commission (FTC) reportedly examined harms to engineers and other defense industry workers from Lockheed Martin’s proposed Aerojet Rocketdyne buyout, a move that is consistent with new FTC Chair Lina Khan’s focus on the impact of mergers on labor markets. Ultimately, the companies abandoned the proposed merger. As Assistant Treasury Secretary Harris observes, there is a “sea change in economics” taking place.

Workers in sport and in the larger economy are experiencing a sharp decline in labor share. And that's no accident, as owners in both realms are using similar tactics to deny workers labor mobility. Baseball’s battle is America’s, too.

Hal Singer is a managing director of Econ One and an adjunct professor at Georgetown’s McDonough School of Business. Ted Tatos is an economist at Econ One and an associate editor of the Antitrust Bulletin. Singer is the expert for a class of fighters in litigation against the UFC, and both Singer and Tatos are working for plaintiffs in several active monopsony cases involving no-poach agreements. 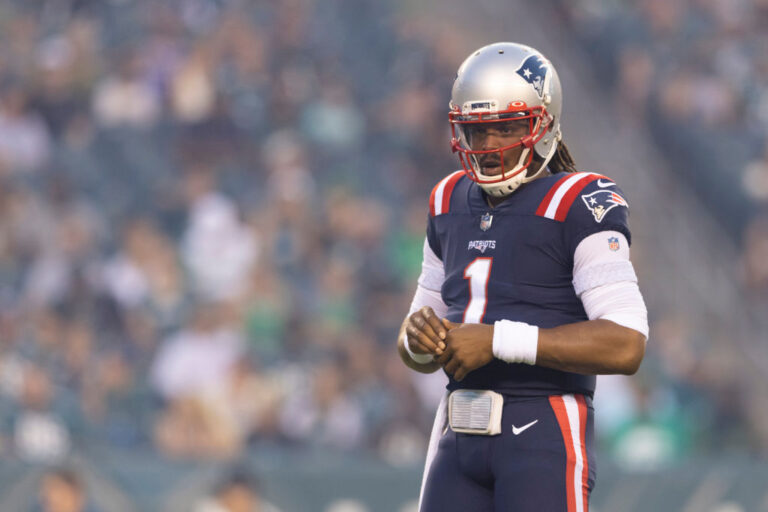 Running in Place: How the NFL Continues to Devalue Black Quarterbacks 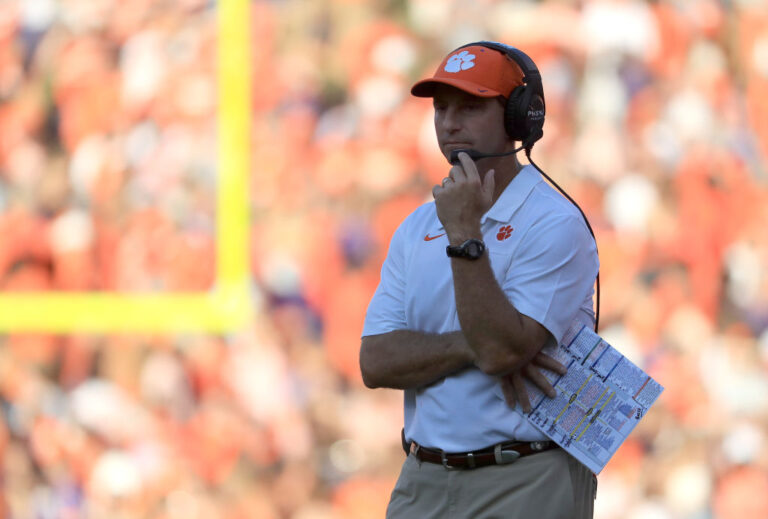