Despite chirping from human rights activists around the world, next year's FIFA World Cup will be hosted by Qatar. But as athletes of all stripes and sports embrace the power of their voice and platforms, a new question emerges: Will Qatar’s most effective 2022 World Cup critics be on the playing field?

Hard to believe, but it looks like the 2022 World Cup will actually take place in Qatar after all, despite so many predictions to the contrary and some lingering talk of possible boycotts.

Then-FIFA President Sepp Blatter was practically wincing when he announced the body’s executive committee choice of Qatar on December 2, 2010 – a day that at the same ceremony Russia was awarded the 2018 tournament. Blatter favored the United States’ bid for 2022 for which former President Bill Clinton, actor Morgan Freeman, and President Barack Obama had offered closing arguments the day before, and the soccer body’s leader knew Qatar wouldn’t pass the straight-face test. He was right, and the wave of subsequent investigations into FIFA’s inner workings ended up bringing down his regime, though not reversing the dubious choice of 2022 venue.

But most calls are tough, as in the case of the upcoming Winter Olympics in Beijing. China has a notorious list of human rights deficiencies, but are we going to reserve international sporting events for a handful of nations that we deem above any reproach? Sweden, perhaps? And, as I explore with students in my Sport and Globalization class who are eager to withhold these events from countries with any whiff of malfeasance, who is the “we” doing the judging? How do we reconcile the need to ensure that governing bodies like FIFA and the International Olympic Committee are representative of all their member nations with our distaste of the governance standards in many, if not most, of those member nations?

In 2010, on the face of it, Russia seemed a defensible World Cup venue to me; Qatar did not. Russia is one of the 10 most populous nations on the planet; had never hosted the tournament; clearly has the infrastructure and resources to pull it off; and, while never a dominant power in the sport, has a long footballing tradition. With Qatar, however, FIFA was dramatically breaking its own precedents and criteria on at least two threshold matters: World Cups are awarded to countries and played in eight to 12 cities, but Qatar is essentially a city-state with one significant metropolitan area; and Qatar had never even played in a World Cup before being chosen to host.

In 2002, Korea and Japan were tasked with sharing the first World Cup played outside Europe or the Americas, but somehow FIFA was entrusting the first Middle Eastern and Arab tournament to tiny, if infinitely wealthy, Qatar and insisting it would surmount all concerns about the Persian Gulf’s sweltering summer temperatures. That last pretense was disingenuous from the start, and abandoned years ago, as the tournament was shifted to winter, wreaking havoc and previously undisclosed costs on domestic leagues around the world.

But Qatar is on, having survived all the post-selection inquiries that uncovered so much corruption in the international game’s governance, including surrounding other World Cup bids. Issues regarding the Qatar pick seemed the least of FIFA’s problems, and the Qataris have proven adroit in exerting their soft power and riches via sport as a national branding exercise, currying plenty of favor beyond the alleged instances of crude corruption.

As the years have gone by and the Qatari World Cup evolved from appearing a reversible misstep to becoming an approaching reality, the strongest objections to the venue remain focused on the nation’s human rights record, particularly its treatment of the migrant workers the country imports to do its hard labor, including the construction of all those glittering new stadiums crammed into one metropolitan area. A much-cited investigation by The Guardian found that more than 6,500 foreign workers have died in Qatar since it obtained the World Cup, while Qatar and its defenders are quick to note that its kafala migrant labor system has been reformed, with workers no longer indentured without recourse to one employer.

In recent weeks, meanwhile, the 200-plus members of FIFA have started playing their regional qualifying matches to try to win their places in the final 32 headed to Qatar. They do so in an unprecedented environment that no one could have predicted back in 2010, one that threatens to undermine the Gulf state’s branding project. Because today, as a result of the global pandemic and 2020’s reckoning with racism and systemic injustices following the killing of George Floyd and other 2020 tragedies, star players around the world feel emboldened and empowered to speak out on off-field issues. And as social media influencers with millions of followers, they have a built-in global audience.

A few human rights groups and federations are still talking about a possible boycott (and many fans in nations that fail to qualify will joke that theirs is a moral boycott). But that feels like a very analog – think Moscow 1980 – scenario from a world in which the athletes themselves don’t possess agency, or a platform of their own. Perhaps in 2022, for FIFA and for Qatar, the bigger concern might not be what happens if some teams or individual stars stay away; the bigger potential headache might be what happens if a generation of more socially conscious young stars, wielding their giant social media followings, decides to show up. And speak out.

Domestic sport leagues and international federations have long tried to keep political speech out of sport, as former National Football League quarterback and civil rights activist Colin Kaepernick and his supporters will tell you. In international soccer, players and coaches have been fined and reprimanded in recent years for expressing support for Catalan independence, Albanian nationalism, Argentine control over the Falklands, and the remembrance of the 1916 Irish Easter Rebellion, among other things. FIFA and British federations have even tussled over the Armistice Day remembrance poppies sewn on jerseys, with the British maintaining they are not a political statement, and FIFA insisting they violate the International Football Association Board’s Rule 4.5 ban on any “political, religious, or personal slogans, statements or images” on equipment.

Athletes are now speaking out, often with leagues' approval

But in the current environment, players not only have been allowed but also have been encouraged to speak out on societal and political issues. When European leagues returned to play after a COVID-19 shutdown last year, FIFA General Secretary Gianni Infantino said German players who spoke out in solidarity with the “Black Lives Matter” movement “deserved applause,” not sanctions. Before long, Black Lives Matter signage was everywhere, and to this day English Premier League players take a knee prior to every match to protest racism.

At least three national teams – Netherlands, Germany, and Norway – have expressed themselves in favor of human rights in Qatar in the prelude of their World Cup qualifying matches. And in what would have been unimaginable in a pre-2020 world, FIFA shrugged its shoulders and refused to take any disciplinary action. Indeed, a FIFA spokesperson sounding more like an ACLU spokesperson than someone who must often carry water for unsavory regimes, said, “FIFA believes in the freedom of speech and in the power of football as a force for good.”

It will be interesting to see how long this period of tolerance and forbearance lasts, particularly as the 2022 World Cup approaches and socially aware athletes, working in concert with human rights groups, continue homing in on Qatari issues. FIFA will be walking a treacherous line if it assumes it can tolerate and even encourage player activism on some issues – denouncing racism in America, say – while prohibiting and policing speech on other issues.

The raised fists of John Carlos and Tommie Smith on the medal podium at the 1968 Olympics constitute the most famous act of leveraging sport to make a political statement at a global sporting event. But that too was an analog version of what 2022 might portend. The athletes were not protesting their Mexican hosts, and they did not have 24/7 unfiltered access to millions of followers on social media.

Qatar had better brace itself. 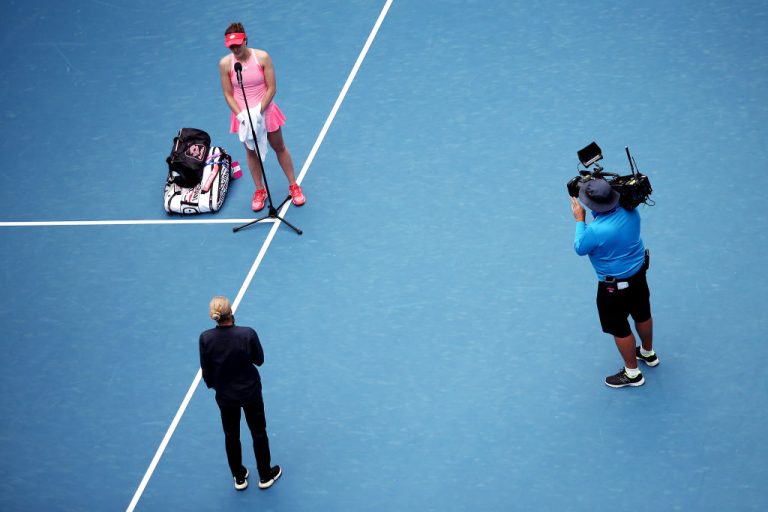 Facing the Challenges of 2021: Women’s Sports Journalists Worldwide Speak Out 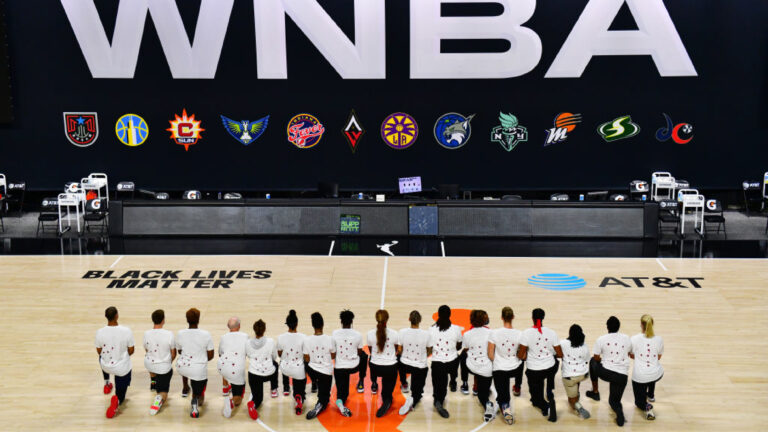 “It’s in Our DNA”: WNBA Players' Record of Activism