For Fitz Hill, the memory remains vivid. It was January 1989, and Hill, then a 24-year-old graduate assistant football coach at Northwestern State University, had come to the American Football Coaches Association’s annual convention in Nashville to look for a better job.

Standing in the sprawling lobby of the Opryland Hotel—where hungry young assistants mingled with established head coaches and coordinators in what amounted to an unofficial career fair—Hill spotted David Lee, who had just been hired as the head coach at the University of Texas at El Paso. Maybe, Hill thought, I’ll share my resume.

Another assistant told Hill not to bother.

“How long have you been in the profession?” the other assistant asked.

Hill told him it was his first year.

“No wonder you don’t understand,” the other assistant said. “He’s already hired his one Black coach.”

Hill is African-American. So was the other assistant. Lee, like almost every other head coach in major college football, was white.

“Not for us,” the other assistant said.

“That just kind of hit me,” Hill says now. “It was normal back then for some [football] programs to not have but one Black coach on their staff.”

Hill went on to become the first Black head football coach at San Jose State University and later served as the president of Arkansas Baptist College. He also wrote his doctoral dissertation on the barriers restricting employment opportunities for African-American coaches in college football, and co-authored the 2012 book Crackback! How College Football Blindsides the Hopes of Black Coaches.

Since his time as a young assistant, says Hill, 56, “there has been progress” for African-American coaches. But race, he says, “still defines space. It defines the employment space for black coaches, even today.”

A new study conducted by the Global Sport Institute at Arizona State University supports that view. Examining head football coach hiring patterns in the National Collegiate Athletic Association’s “Power Five” conferences over a 10-year period beginning in the 2009-10 season, the study found that:

Taken together, these findings paint a picture of stunted opportunity—and one that isn’t unique. Other studies of college football, professional football, college sports in general, and even corporate America consistently have found that African-Americans disproportionately are stymied from advancing to senior leadership positions.

Rooted in historical racism and segregation and perpetuated by an array of sociological factors, this phenomenon continues to transform the career ladder for Black college football coaches into an uphill obstacle course—one rife with what Hill calls “crackbacks,” an on-field term for punishing, blindside blocks that players never see coming.

“I never thought when I was writing my book that 10 years later we would be in the same situation,” Hill says. “Never. But for black coaches, there still are not a lot of opportunities out there.”

For decades, there were no football coaching opportunities for African-Americans. At least not at primarily white colleges and universities. By law and custom, the nation was segregated—and so was college football, with Black coaches and athletes largely confined to historically Black schools such as Grambling State University.

As de jure American racial segregation crumbled in the 1960s and 70s, so did the sport’s color barrier. Black athletes trickled, then flooded onto the rosters of minor and major programs alike, even in the Deep South. In 1967, the University of Kentucky’s Nate Northington became the first African-American football player in the SEC; by 1972, every school in the conference had integrated its team.

Today, 55 percent of the football players in the Power Five are Black—and when Louisiana State University and Clemson University met in the 2020 national championship game, 35 of the game’s 44 starting players were African-American.

But coaching boxes and offices have been a different story. In 1979, Willie Jeffries became the first Black head football coach at a NCAA Division I school when he was hired by Wichita State University. Thirteen years later, only five other African-American head coaches had ever been hired by D-I programs—leaving Alan Wood, then a Black assistant coach at the University of Miami, to state that “for a Black to become a head coach is like playing the lottery.”

Aspiring Black assistant coaches now face fewer of the entry level and early career obstacles that Hill observed in the 1980s: according to a recent study conducted by Duke University assistant football coach Eli Keimach, 37.6 percent of the assistant coaches in the NCAA’s Division I Football Bowl Subdivision (FBS) in 2018 were African-American. Yet when it comes to reaching the top of the profession, Wood’s lottery analogy remains appropriate.

While writing his 2012 book, Hill examined historical data for FBS schools and calculated that a fan of a FBS team was roughly five and a half times more likely to have seen an undefeated, un-tied team in their lifetime than to have seen a African-American head coach introduced at a press conference. And though the GSI study suggests that the odds for coaches of color have slightly improved over the last decade—a period in which 14 left Power Five head coaching jobs and 24 were hired—stark disparities remain.

In February, journalist Paul Newberry of the Associated Press reported that just 13 of 130 FBS schools had African-American head coaches, down from 15 in 2018. In the Power Five, the Pac-12 and Big Ten currently have a combined eight coaches of Color, while the SEC and ACC each have one and the Big 12 has none.

Moreover, not all head coaching opportunities are equally attractive or conducive to long-term success. Newberry observed that when Black coaches manage to ascend to head jobs, they “usually face huge obstacles” to success, landing at moribund or scandal-struck programs instead of the sport’s blue bloods. For instance, Derek Mason coaches at Vanderbilt University—a longtime SEC doormat that has enjoyed seven winning seasons over the last 40 years—while Syracuse University’s Dino Babers and the University of Illinois’ Lovie Smith both took over teams that had been mediocre or worse for more than a decade.

Hill can relate. When he arrived at San Jose State in 2001, he inherited a program that had gone 39-69-1 over the previous 10 years. “It probably wasn’t a great job to take,” he says. “But how many Black coaches get these opportunities?”

According to Keimach’s study, it takes African-American coaches roughly 3.5 years longer than their white peers to advance from their first season as an assistant to their first FBS head job. Meanwhile, a FiveThirtyEight analysis determined that between 1979 and 2019, only one Power Five school, the University of Colorado, had fired a Black head football coach and later hired another.

The GSI study found that 39 percent of Power Five schools have never hired a head football coach of Color—a number that rises to 64 percent for schools in the SEC, college football’s marquee conference, which did not have its first African-American head coach until 2004.

Richard Lapchick, a longtime human rights activist and director of the Institute for Diversity and Ethics in Sport (TIDES) at the University of Central Florida, has been studying and advocating for diversity within sports for decades. Every year, he helps create comprehensive reports that assess hiring for women and people of Color in professional and college sports.

The most recent TIDES report, published in June, calls the ongoing “lack of opportunities” for head coaches of color in college football “unacceptable.”

“It has been an issue ever since I have gotten involved with this work,” Lapchick says. “And it has not gotten any better.” 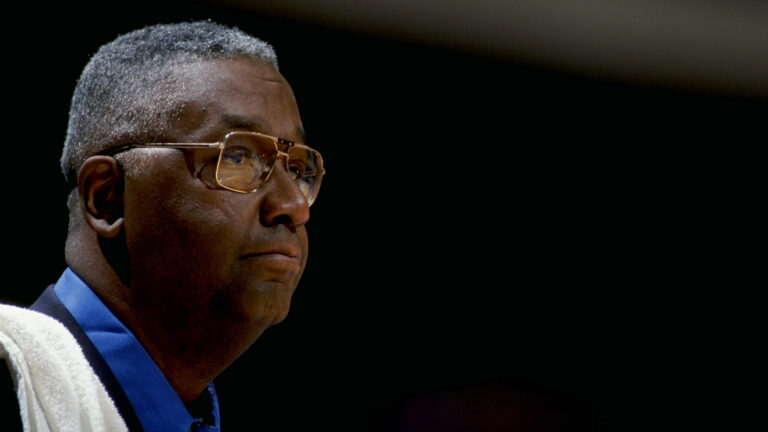