For American women good enough to go pro in basketball, they need to head abroad to make money in a sport they love. While broadening the reach of the game and their experience in the wider world, there is very little down time for them which can lead to injury.

Christie Rogers knew at an early age she wanted to be a basketball coach. She played high school and Division III basketball in her native Maryland. Before joining the staff at Clemson University, she served as a coaches’ intern for the Washington Mystics of the WNBA.

She assisted with individual workouts for players with the Mystics, helped scout opponents and to plan practice sessions. And she learned more than 10 years ago about a WNBA practice that has been going on for at least a decade: Many top WNBA players, including many Americans, are forced to juggle playing overseas in the winter with a WNBA career in the summer.

“They have to play both seasons,” said Rogers, an assistant this season with Radford of the Big South Conference. “I worked for the Mystics in 2008, and our whole team played overseas. When training camp started in April and May, some of the players weren’t even back yet.”

Not only do American women have to play at a high level most of the year, those that head overseas deal with the challenges of risk of injury, a new culture and language.

In the past few years, high-profile players like Chiney Ogwumike and Breanna Stewart have been injured while playing this second season.

Unless an American heads to England, which doesn’t have a high-level women’s league, she is most likely dealing with a language other than English when she goes out to eat or make a run for coffee.

That is certainly the case for former University of Maryland standout Shatori Walker-Kimbrough, 22, who is playing this season in Miskolc, a city in the northern part of Hungary. The Hungarian language is considered one of the hardest for non-native speakers to learn - it has 14 vowels and 44 letters.

“Being that I don’t watch much TV, except for some NBA games, I spend much of my time reading,” said Walker-Kimbrough, who grew up near Pittsburgh. “The adjustment for me on and off the court is pretty much the same. For me, when I come to a new country, it’s the language barrier. Many of my teammates speak English, so the language barrier is a little more difficult off the court – for example at the grocery store.”

She played four years at Maryland. She was an all-Big Ten player, helping the Terps make the Final Four twice. She was drafted in 2017 by the Mystics as the sixth pick and played in Belgium and France before heading to Hungary, which has attracted Americans with WNBA backgrounds for nearly 15 years.

Kirby Burkholder, the player of the year in the CAA in 2014 while playing for James Madison University, played for ZTE in Hungary in 2016-17 and was in Miskolc in 2017-18 before she was injured. Earlier, she played in Italy and Belgium. “There is a language barrier with each team,” according to Burkholder, who tried out for the Mystics before heading overseas. “For example, my coach in Italy didn’t speak English.”

Forward Reshanda Gray and guard Lexie Brown have played this season in Hungary for Gyor. Gray was drafted by Minnesota in the second round out of Cal and played in 30 games for the Atlanta Dream in 2016. For Gyor, she had 20 points in 20 minutes in a win March 16 and was averaging nearly 15 points per contest. Brown, drafted out of Duke by Connecticut, played in 22 games with the Sun last summer.

Another common destination for American women is Belgium. That is where former Rutgers star Kahleah Copper played during the 2016-17 season. The Philadelphia native averaged 7.1 points per game for Chicago in the WNBA in 2018 and has played this winter in Turkey.

“It was a big adjustment for me on and off the court,” Copper said of being overseas. “Off the court: first, the streets are very different here, so driving was my first adjustment. There aren’t many street signs and the person to the right has the priority. That’s very important here because there aren’t many stop signs, so I have to really pay attention. Also many of their stores close early so if I need groceries I have to shop early.”

WNBA players head overseas, usually to Europe, to make money and play at a high level. Unlike their NBA counterparts, the WNBA season is much shorter and the pay much less.

“It’s because of the WNBA that we’re able to make good money playing overseas in the first place and make a name for ourselves,” former Duke standout Elizabeth Williams told The Guardian. “And there’s a lot of things that go into playing basketball here that you don’t think about, and you realize how much you miss when you’re overseas. Being away from family and friends for an extended period of time is tough. It’s a sacrifice.”

“It’s because of the WNBA that we’re able to make good money playing overseas in the first place and make a name for ourselves.” Former Duke star Elizabeth Williams

Nearly 90 out of 144 players on WNBA rosters in 2018 spent time playing overseas during their offseason, The Guardian reported in 2018.

Former Nebraska standout Jordan Hooper is playing this season for a team in Holon, Israel, and she played all 40 minutes March 21.

“I would love to stay in the states and play one season and one season only and have an offseason where I could get to work out really hard with some trainers and a nutritionist like LeBron (James does),” Hooper told The Guardian.

That doesn’t appear likely to happen. So American women have to adjust overseas, as do some of their former NCAA male counterparts who are not good enough for the NBA and want to make more money in Europe than in minor leagues in North America.

Mackenzie Latt, a standout at Davidson through 2018, arrived in Portugal last fall for her first season of pro hoops. She was still dealing with jet lag as she took the court for her first exhibition game.

“I was like a fish out of water,” said Latt, sitting in a coffee shop in Lisbon in January. “I was completely lost.”

It is a feeling many of her fellow Americans with a WNBA pedigree experience in Europe.

David Driver has been covering college and pro basketball for 25 years. He lived in Hungary for three years with his professor wife and daughters from 2003-06 and has made several return trips to Europe to interview American basketball players. Driver was in Russia, Portugal, Poland and Hungary this past winter, and has also interviewed American basketball players in England, France, Belgium, Slovakia, Serbia, Austria and the Czech Republic. 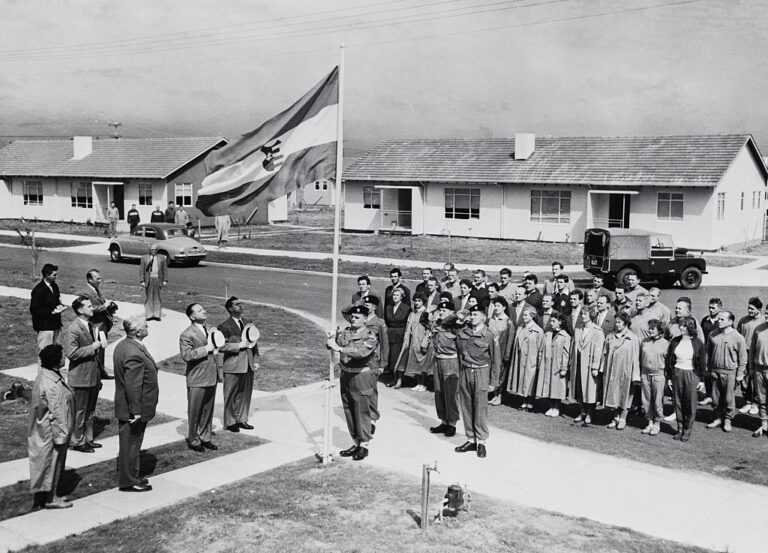