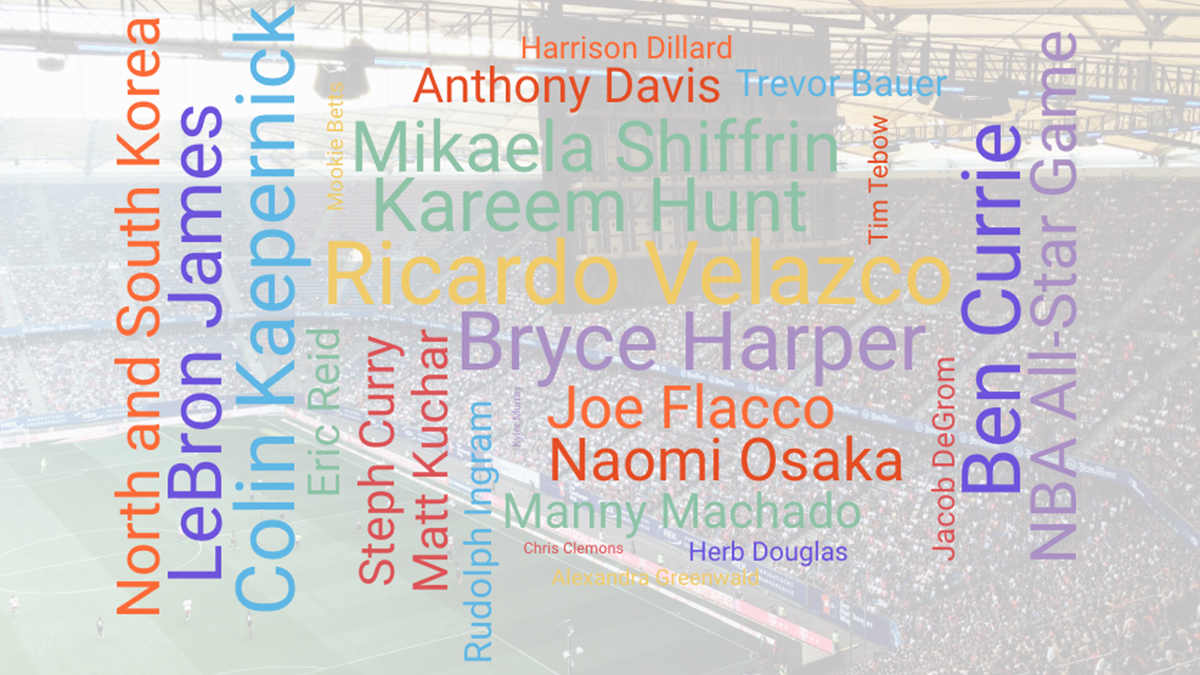 Each week, GlobalSport Matters compiles some of the best of the other stories in the sporting news.  These stories will include new breakthroughs in sport science, information about changing technology and just good reads about the global sporting community. Have a story you’d like us to know about and share? Let us know.

What does Eric Reid signing mean for his collusion case and Colin Kaepernick?

Eric Reid was originally signed midseason in 2018 after being one of the first of quarterback Colin Kaepernick's teammates to join him in kneeling in protest of social injustice in America, which Kaepernick states is the reason the quarterback does not have a job in the NFL today. Both currently have ongoing lawsuits against the league related to their lengthy stay as free agents and The Undefeated reports labor lawyers do not expect this extension for Reid to impact the case made by either Kaepernick or Reid, and in fact could accentuate the question of why Reid remained unsigned for so long.

Alexandra Greenwald, a gymnast at the University of Iowa, writes “Just keep swimming” on her hand before every gymnastic competition she competes in. These three words are a reminder of her best friend, Nick Dworet, a competitive swimmer who won a full scholarship to the University of Indianapolis before he was killed Feb. 14, 2018, at the shooting at the Marjory Stoneman Douglas High School in Parkland, Florida. Dworet should be training for the Olympics.

In January 2018, two big named female surfers went to Peahi, also known as Jaws, to surf waves that were more than 50 feet high. Bianca Valenti, one of the surfers, help start a  foundation in 2016 known as the Committee for Equity in Women's Surfing. The foundation focuses on getting women invited to big-wave competitions that they are often excluded from. The article gives the history of big-wave surfing, the history of women in competitive surfing and women surfers today who deserve to surf with the best.

Former Duke and NBA player Corey Maggette has become the second person to be accused of rape by the same woman who accused Virginia Lt. Gov. Justin Fairfax of assault. Both Maggette and Fairfax attended Duke from 1998-1999 (Maggette left for the NBA and Fairfax graduated from Duke in 2000). Both were named during a series of statements released by Meredith Watson through her attorney. Maggette, who played for the Los Angeles Clippers most notably, denied the allegations against him in a statement to the New York Times. On  Feb. 9, Duke University stated they would be launching an investigation.

Golfer Matt Kuchar has been accused of low-balling a caddie after working a tournament for him. With different claims, it brings up issues of race for some.

Trevor Bauer accuses team of "character assassination"
Cleveland Indians pitcher Trevor Bauer was awarded a $13 million contract in arbitration this winter. The team offered him $11 million, and he said lawyers attempted "character assassination." Bauer said many of the negative comments were based on his "69 Days of Giving" campaign, during which he said he donated over $100,000 to 68 charities.
Basement reaching new heights
Most basements are not built for tall people. But new Louisville head coach Chris Mack made sure that their recently purchased home didn't have that issue. They bought a house that would allow 6-3 and taller basketball players to walk around freely.
Cagliari players locked in training center because of milk farmer protest
Farmers protested the low prices of milk and have started destroying the produce instead of selling it. The protestors wanted Cagliari to protest and not play their match against AC Milan.
Compiled by the student journalists in the Sports Knowledge Lab at the Cronkite School of Journalism at Arizona State University
Tags: AC Milan, Alexandra Greenwald, Arbitration, Bianca Valenti, Cagliari, Cleveland Browns, Cleveland Indians, Committee for equity in Womens Surfing, Corey Maggette, Eric Reid, farmer protest, Jaws, Just Keep Swimming, Justin Fairfax, Kareem Hunt, Los Angeles Clippers, Marjory Stoneman Douglas High School, Matt Kuchar, Meredith Watson, milk, NFL, Nick Dworet, Peahi, Trevor Bauer, University of Iowa
Recommended