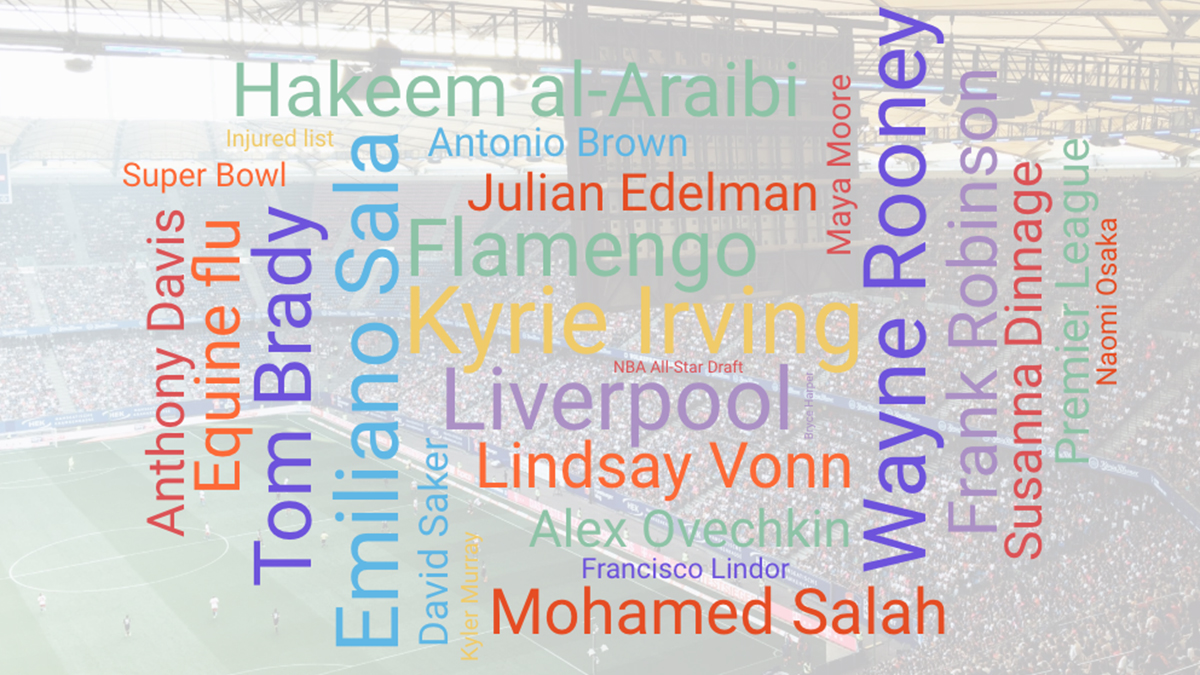 The landscape of English pro soccer has rapidly expanded and it has started to break through all around the world as a top league to watch and follow. However, that explosive growth makes the next CEO of the EPL's job harder, the Wall Street Journal reports, because of the shadow of the successful former CEO, Richard Scudamore, during his 19 years at the helm as well as the messy breakup of the United Kingdom from the European Union, tension between the league's owners and the changing media landscape all sports are facing. The top candidate for the job, Susanna Dinnage of Animal Planet, turned down the position and no one else has yet stepped in to take her place since New Year's Eve when she stepped aside.

Major League Baseball's "disabled list" will be renamed the "injured list," a person with direct knowledge of the proposal according to USA Today.  The new designation intends to reflect that injured players do not in fact, have a disability.

Baseball Hall-of-Famer Frank Robinson passed away on Thursday. Robinson spent his career with the Cincinnati Reds, Baltimore Orioles, Los Angeles Dodgers, California Angels and Cleveland Indians. The two time14 time all star hit 586 career home runs and won the World Series in 1966 and 1970 with Baltimore. He became the first African-American manager in baseball in 1975, when Cleveland appointed him player-manager.

Pittsburgh Steelers star receiver Antonio Brown has been accused of pushing the mother of his child to the ground at his home in Hollywood, Florida on January 17. According to the police report filed the incident occurred after Brown’s ex-girlfriend dropped the child off at the residence of Brown then asking to be ‘reimbursed’ for her hair appointment, after refusing to leave the woman says Brown used both hands to push her to the ground. Brown was also at the center of a domestic dispute in January of this year around the same time that this incident Brown was accused of took place, there were no arrests made and the NFL has confirmed that they are looking into the incident.

Trump raises doubts about tackle football for his son

President Trump seemed to have switched his previous view on the NFL and its safety. Originally, he said that the NFL's concussion prevention attempts were ruining football. During his 2016 campaign he made that point perfectly clear. However, now, he is claiming that he would be hesitant to allow his own 12 year old son to play the aggressive game.

25 years ago, the original GOAT stepped away from the NBA

Twenty-five years ago, Michael Jordan signed a minor league contract with the White Sox. He stepped away from the NBA to try his hand at baseball before heading back to dominate in the NBA again. He would play 127 games, recording 3 HRs and 51 RBI… and 112 strikeouts.