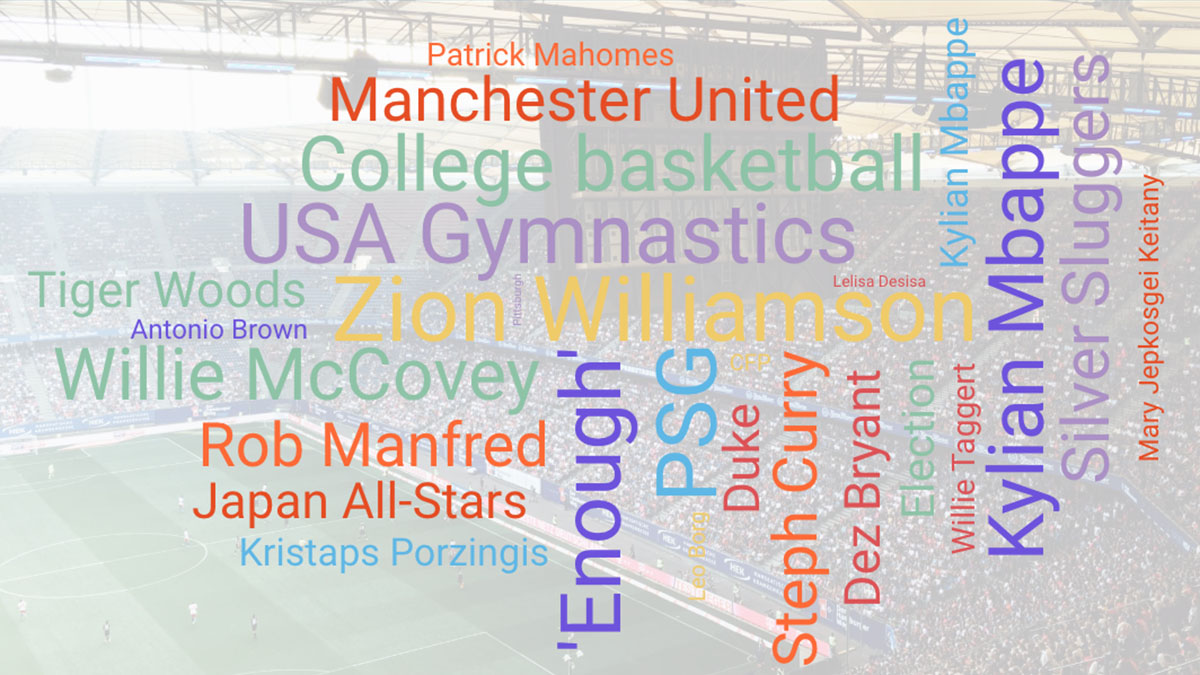 Ahead of the matchup between Army and Air Force some Army students decided to pull a "prank" on Air Force by stealing their live mascot, a falcon named Aurora. In the process of the theft the bird suffered what were expected to be life threatening injuries. It appears now that thankfully the falcon will make a recovery. West Point will be conducting an investigation of the situation.

G2 Esports is introducing a 20 person reality TV show that will pit individuals against each other in search of a full-time contract from the gaming company. Four players who have showcased themselves as the best Fortnite players in the group will join the new G2 Fortnite Esports team. Esports has the potential to explode and we are potentially in the beginning stages of that explosion now. Using new and innovative ways to gain followers and traction in the new sports field through a reality TV show should be interesting to watch.

Tiger Woods turns down the European Tour in Saudi Arabia what would potentially be the "biggest ever potential overseas paycheck."

Wally Triplett, former Penn State Nittany Lion, and the first African-American NFL player passed away at the age of 92 Nov. 8.