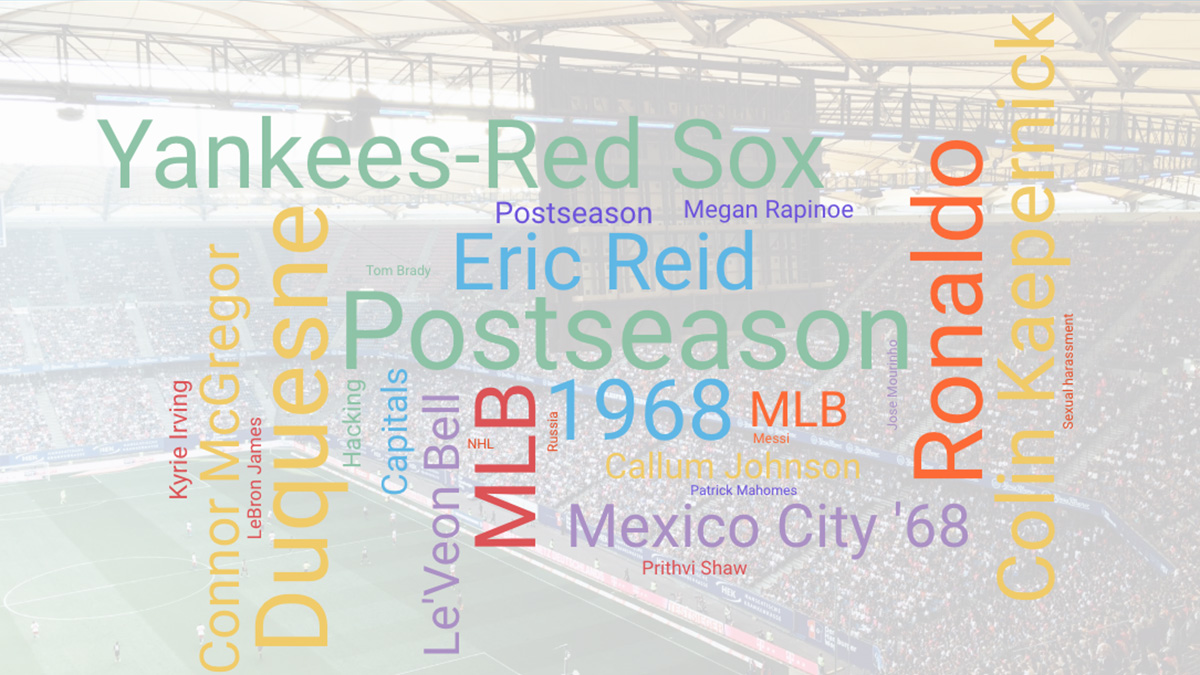 A wayward golf ball hit by U.S. golfer Brooks Koepka struck spectator Corine Remande causing her to be blind in one eye. Medical scans showed a fractured right eye socket and an "explosion of the eyeball." Remande is looking at legal action to cover her medical bills.

The NCAA does not have what the NFL has implemented called the "Rooney Rule," which means that all coaching candidates must be offered an interview regardless of race, ethnicity, gender, etc. Despite higher participation numbers among women in college sports, the coaching jobs in those sports often go to men. The NCAA report also found more men than women are serving as assistant coaches in women’s sports.

Athletes across the spectrum slam sports for going 'soft'

Much of the news and press regarding football is how to make it safer for its participants and how to lower the chances of brain injury. This article focuses on the athlete’s perspective when it comes to making rule changes that make the game "softer." There are many implications, especially in football, to changing the violent and physical aspect of the game, including the final product being put forth on the field. Roughing the passer penalties in the NFL this year has especially gotten defensive players of the past angry about making the game less physical.

The IOC is using sport to advance human rights at the next UN Social Forum 2018 under the banner of “Using sport and the Olympic ideal to promote human rights for all and to strengthen universal respect for them.” The Un talked about the importance of sports in promoting equality and social inclusion, specifically through the Olympic games. Also, he made sure to include their stance on gender equality, and non-discrimination.