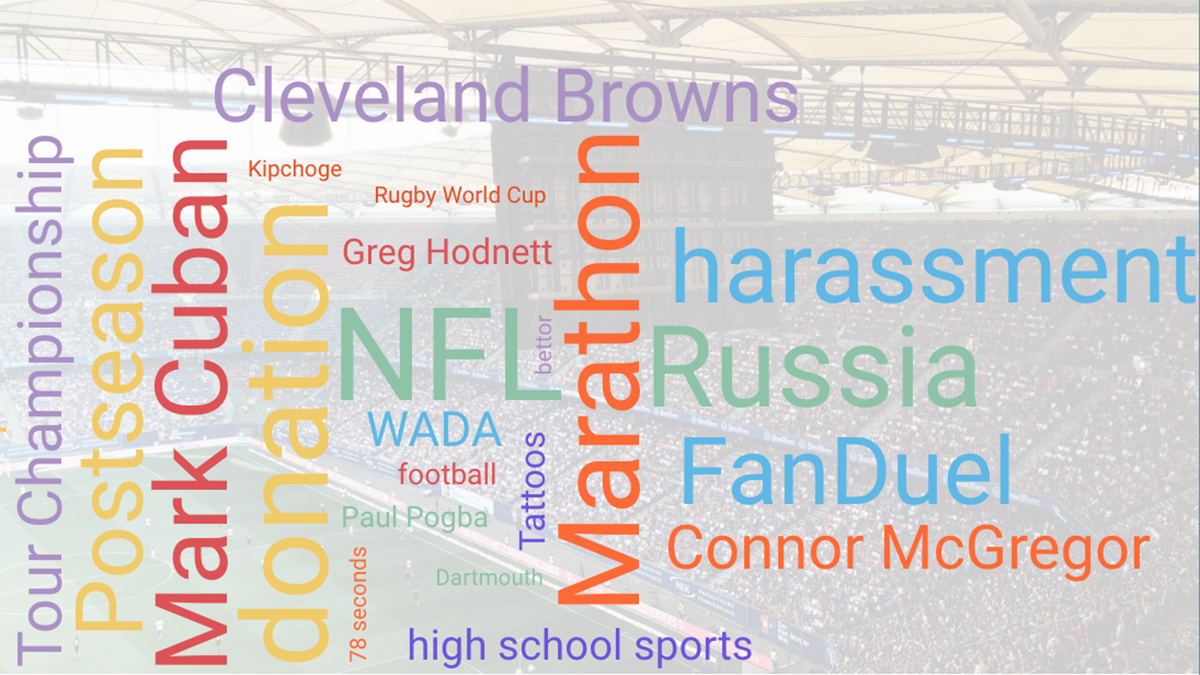 Dallas Mavericks owner Mark Cuban will be donating $10 million to women's organizations in the wake of the team's workplace harassment scandal. In September Sports Illustrated reported  the "predatory sexual behavior" present in the organization, specifically against former president of the team Terdema Ussery. The team and Cuban will not have further punishment from the NBA.

Meet the British woman carving a new path for surfing

Entering the role of chief executive of the World Surf League in July 2017, Sophie Goldschmidt has already begun making some positive waves in the sport. Named No. 15 on a 2018 Forbes list of the "Most Powerful Women in International Sport," Goldschmidt has overseen the creation of an artificial Surf Ranch to host pro tour events, equal pay for male and female surfers and the prospect of surfing at the Tokyo 2020 Olympics.

A Mexican baseball team plays in Texas. It's a home game

A Mexican baseball team decided to stage half of the team's home games in Texas, in a gesture that strengthens the historic bond between two towns on the Mexican-Texas border. A pretty interesting story about the drug war and how that is affecting the area and how baseball is a remedy to that conflict.

The first football season with expanded sports betting has not been without controversy. A "glitch" in the system allowed one New Jersey man  to come out ahead after an automated system mistakenly created long odds in the final minutes of the Denver-Oakland NFL game on Sept. 16. Initially FanDuel  said it would not pay on the disputed $110 bet.

Eric Dickerson, former running back for the LA Rams most notably and Hall of Famer, is threatening to boycott the Hall of Fame induction this year over a dispute for health care coverage and salary for HOFers from the NFL. The health impacts of the sport are one of the driving forces for this movement, that has gained some following by other Hall of Famers as well.

Mercedes Benz Stadium in Atlanta won the Sport Techie award for most innovative venue last year, so CBS Sports is looking to capitalize on their rights to the Super Bowl broadcast this year in making it one of the most technological broadcasts ever. Different camera angles, a circular videoboard, virtual and augmented reality for videos and graphics are all potential innovations that you could see this February on the broadcast.

Ryan Coogler will produce the new Space Jam movie and Terence Nance, who created HBO's Random Acts of Flyness and directed the experimental film The Oversimplification of Her Beauty, will direct. Production on the Warner Bros. film is tentatively slated for 2019, during the NBA off-season. It will be James' first starring role after a successful turn as a supporting character in the 2015 Amy Schumer comedy Trainwreck.