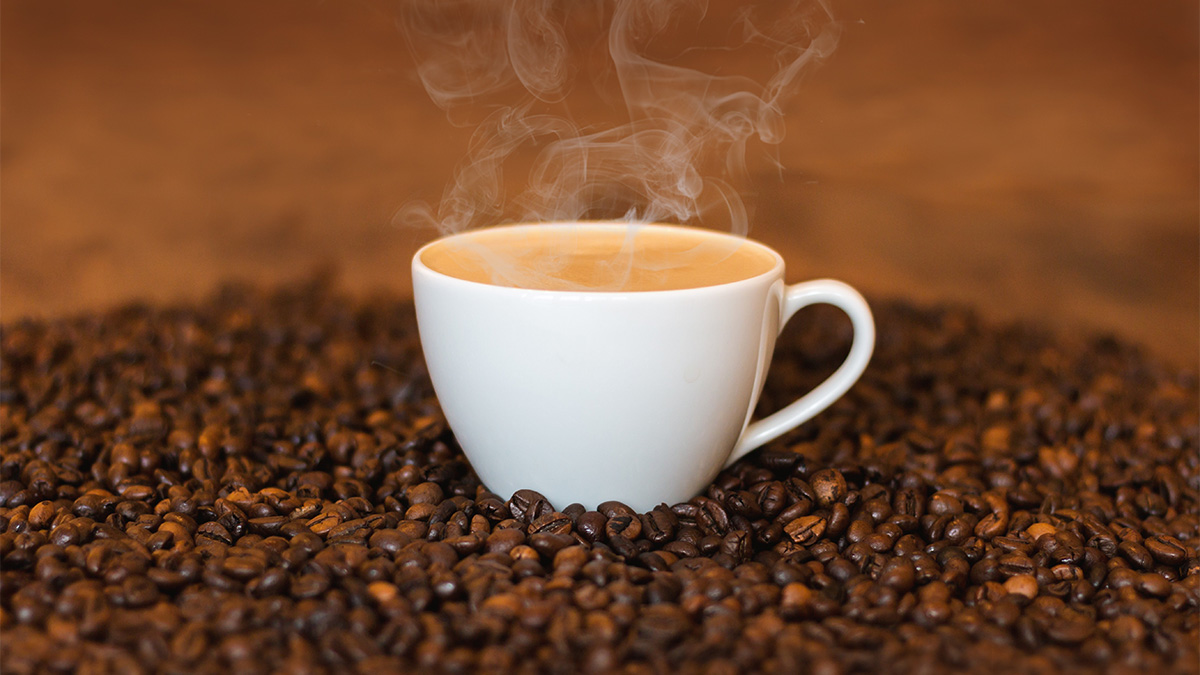 It is one of the key components in energy drinks, coffee and some medication.

Because of its widespread consumption, many don’t consider caffeine a drug, but it is.

“I used to work in (Major League Baseball), and I saw the whole story of caffeine really gaining publicity back then,” Barth said.

For the average person, caffeine is often used as a pick-me-up; some drink up to three cups of coffee a day. For athletes, there is a more strategic use.

“Caffeine stimulates the central nervous system to reduce fatigue and drowsiness. It may also benefit exercise performance; research has shown that it can improve endurance and increase muscular strength,” wrote Honor Whiteman in an article on Medical News Today.

Murray Carpenter wrote in the The Atlantic that Sarah Piampiano, the second American woman finisher at 2012 Ironman U.S. Championship in Manhattan, “has maybe two cups of coffee in a year, because she is sensitive to its effects. But on race day, she uses it thoughtfully and systematically to optimize her performance.”

“She uses energy gels made by Clif Bar, one of her sponsors, to integrate calories and caffeine into her race-day nutrition plan,” Carpenter said. “Before the race, she usually takes a gel with 50 milligrams of caffeine. Then on the biking leg, she takes 50 milligrams per hour. And that increases later in the race.”

“As you get further into the marathon, your energy supplies are depleted and you just really start suffering; that’s why I start increasing the amount of caffeine I take. At the end of the marathon, you need that energy kick,” said Piampiano.

Peter Vervoort, a physician from Belgium, studied caffeine in athletes in Antwerp and said in The Atlantic doses of 200 to 350 milligrams were not helpful, especially in hot weather.

Vervoort, who also competed in the Ironman, said it is becoming difficult to avoid caffeine on the race course because more gel companies only make gels with caffeine.

“In moderation, I think caffeine for athletes can be safe and it can actually enhance their performance,” Barth said. “But the issue with caffeine is that once we get up to a certain amount our bodies get accustomed to that and then we need more and more of the caffeine to get the same effect.”

Although Piampiano’s caffeine intake may not be excessive, researchers Matthew S. Ganio, Jennifer F. Klau, Douglas J. Casa, Lawrence E. Armstrong and Carl M. Maresh — who were at the University of Connecticut, in Storrs, Conn., at the time — studied the “Effect of Caffeine on Sport-Specific Endurance Performance” and published their findings in The Journal of Strength and Conditioning Research.

“Caffeine seems to be equally effective when ingested in combination with carbohydrate-electrolyte solutions (e.g., sports drinks) or other modes of ingestion (e.g., gum), but other substances in caffeinated-coffee may counteract caffeine performance-improving properties,” according to the researchers.

There is no denying caffeine can improve exercise performance both before and during competition. A 2014 NPR report quoted Mark Glaister, an exercise physiologist at St. Mary’s University in Twickenham, U.K., saying it “helps pretty much every kind of endurance exercise, giving a performance advantage of 1.5 percent to 5 percent.”

Katherine Hobson, the author of the NPR story, wrote “athletes see a benefit with a dose of between 3 to 6 mg per kg of body weight, which means that if a 140-pound cyclist were drinking an average cup of coffee, he’d get a lift after drinking about two to four cups. (Many brands of coffee have a lot more caffeine than the average of about 100 mg per cup, though.) It takes 30 to 60 minutes for caffeine levels to peak in the body and provide the biggest benefit.”

For some athletes just enough might make you pick up the pace, but Glaister said too much is a bad idea.

Barth recommends 350 mg or less per day is best for athletes because levels greater than 500 mg per day can become addicting and negative side effects start to happen.

According to Glaister in the NPR report: Even non-dangerous doses can cause anxiety, sleeplessness and restlessness, and large amounts can be dangerous and even deadly.

According to Sports, Cardiovascular, and Wellness Nutrition documentation published by the  NCAA Sport Science Institute entitled “Effects of Too Much Caffeine on Athletic Performance” consuming amounts in excess of 500 mg per day can lead to adverse side effects, and at very high levels of consumption (600-800 mg) an athlete can test positive for caffeine as a banned substance by the NCAA.

In order to test positive for the banned substance, an NCAA athlete would need to reach a “urinary caffeine threshold level of 15 mcg/mL that equals to approximately six to eight cups of brewed coffee (80-100 mg/8 oz) two to three hours prior to competition,” according to the NCAA.

“In laboratory settings, caffeine consumption at levels recognized as safe (2-6 mg/kg) one hour prior to and during sub-maximal endurance training and high intensity and cardiovascular exercise up to 20 minutes, has shown improvement performance,” according to the NCAA document.

Athletes that use coffee excessively but want to stop completely Barth said the smarter route is gradually cutting caffeine back, not going cold turkey because it will send a shock to your body and brain.

“It really affects our neurotransmitters in our brain and that's why there’s this effect to why people feel really tired, they get headaches,” Barth said.

Caffeine use in sports, pharmacokinetics in man and cellular mechanisms of action

Athletes need to choose wisely when filling up their plate